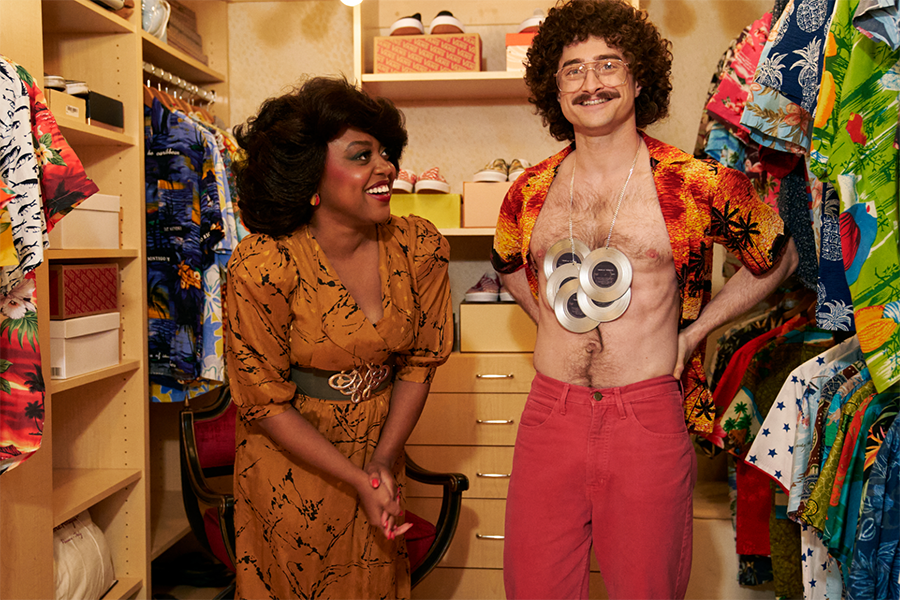 'Weird' is the perfect Yankovic biopic

"Story" in the subtitle is accurate. "Weird" tells a story as it follows the lines of most biographies of musicians: the hatred by parents of the new music, the outlying adolescence, the instrument that annoys, the success that surprises, the love interests that aren't interested, and the adulation in spite of it all. Only, given that we are talking about Weird Al Yankovic and that he helped write "Weird," "Weird" is just that. Just as Yankovic's musical parodies ("Eat It" for "Beat It") and original songs may appeal to a limited audience, this little movie might also have a limited appeal. So be it. Those who enjoy inside jokes and hyperbole, idiocy and friends will laugh.

To begin, the Grizzled Narrator (Dietrich Bader) intones the introduction: "Life is like a parody of your favorite song. Just when you think you know the words, surprise, you don't know anything." And, thus, you don't know doodly-squat about Weird Al Yankovic. "Weird" will not relieve you of your ignorance.

The first joke is that Daniel Radcliffe stars as the adult Alfie. Radcliffe is 5'5"; Yankovic is 6'. Radcliffe acts tall. The curly wig helps. Another joke: Weird Al Yankovic enjoyed an influential love affair with Madonna (Evan Rachel Wood). But is it a joke that Yankovic played the accordion, what his father called "the devil's squeezebox"? Yankovic does note, after many a failed audition, that "It's almost as if nobody wants an accordion in their band." Did the poor boy's mother really exhort him to "stop being who you are"?

Julianne Nicholson plays Mother Yankovic and Toby Huss plays the dad. Rainn Wilson is a wonderful Dr. Demento (Dr. Pimiento to Madonna), Thomas Lennon is the accordion salesman, Will Forte plays a producer and Al Yankovic plays his brother. Is that Patton Oswalt as a heckler? Michael McKean as a sleazy MC? Dot-Marie Jones as Mama Bear? Yes, yes, and yes. And there's Conan O'Brien as Andy Warhol and, of course, Jack Black is a wondrous as Wolfman Jack. The luscious Quinta Brunson plays Oprah Winfrey. Why, it's almost as if Mickey Rooney was the show-runner.

"Weird" with its dandy twists and twits, was written by Yankovic and the director, Eric Appel. That the movie is a Funny or Die production says a lot. The closing credits include an Al- original song with lyrics that refer to Funny or Die and to the song's eligibility for an Oscar. So the Pablo Escobar bits go too far. The rest is pretty darn funny -- and weird. What else did you expect?