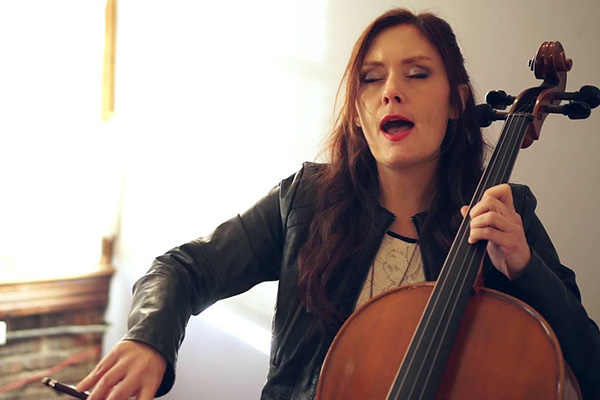 It’s not often a show is packaged as a Missouri thing. Usually when artists self-identify or get identified with ‘place’, it’s done in broader or smaller, more localized terms. Enter Molly Healey, the Burney Sisters and Aina Cook, who appear in a triple bill dubbed Missouri Muses: A Celebration of MO Women in Rock at the Bootleg on Saturday, Feb. 15. They hail from Springfield, Columbia and St. Louis respectively.

Headlining is Molly Healey, a solo artist and a member of the Ozark Mountain Daredevils. On violin, cello and/or guitar, she has three albums under her own name, Nightbirds (2015), Human (2017) and Circles (2019), which mix vocal tracks with instrumentals in what she calls an “orchestral rock sound.” It is distinctive and absorbing set of albums, Healey making intrepid use of a looper allowing her to set a rhythmic pulse with acoustic instruments and layer sounds and create atmospheres. The sound is rootsy with electronica aspects, the songs structurally free and unbound by the conventions of other forms of roots music. She can perform solo or in any setting she likes this way. Saturday night, she’ll have her band on board – Zach Harrison (guitar), Kyle Day (bass), and Danny Carroll (drums).

In a phone call last month, Healey spoke about the impetus for the upcoming concert at the Bootleg.

“I just think there is a lot of Missouri talent, specifically female talent, that I don’t want to say goes unnoticed but I think could use some extra visibility and promotion. Not only have I wanted to get my full band to St. Louis, I really wanted to put something together that celebrated several women from around the area,” she said.

“So I immediately thought of the Burney Sisters from Columbia, Missouri because of their immense talent and I think they bring a lot of joy to wherever they go. Aina Cook from St. Louis is just a powerhouse, amazing vocalist. She won ‘king of the roots’ at the Roots and Blues Festival a few years ago and anytime she performs everyone is just astounded by her talent. So we have women from St. Louis, Columbia and Springfield. It’ll be an extremely eclectic night of music; we’ve got rock, we’ve got roots and we’ve got soul.”

Healey was born and raised in Jefferson City, MO in a musical family and she attended Missouri State University in Springfield, where she earned a master’s degree in music. Her journey since then has included a lengthy stint in Big Smith, a much respected Ozark-based roots ensemble.

It was through Big Smith that Healey joined the Ozark Mountain Daredevils, gradually. Big Smith opened some shows for the OMD in 2011-2012 and she sat in. Soon the Daredevils invited for further guest appearances and after a while, Healey was playing whole sets on fiddle and cello. She is now well integrated as a musical compadre with the legendary band, now in its 49th year.

Healey is delighted to be a part of the legacy of the Ozark Mountain Daredevils, who came to international attention with their work on A&M in the 1970s, including two iconic hits (“If You Wanna Get to Heaven,” “Jackie Blue”) and a deep catalog of country-rock.

“The band really connected to their roots here at home but was able to make it something people around the world wanted to listen to. Especially with the late Steve Cash, his harmonica playing in particular seemed to give it the unique sound that people remember in addition to their songwriting.

“The song will be going along and then all of a sudden they’ll insert a chord, and I don’t want to get too technical theory-wise but they’ll take the progression to a place that makes everybody’s eyes light up and gives it that special sound. That’s one of the things I’ve always enjoyed about their songwriting. It’s not one dimensional. Those songs take you places that just make you feel really good.”

Healey appears on the Daredevils’ most recent albums Off the Beaten Path (2017) and Heaven 20/20(2019). The latter features a new version of “If You Wanna Get to Heaven” and has a wonderful spotlight moment for Healey.

“If You Wanna Get to Heaven” originally came out in 1973 on the OMD’s self-titled debut and it charted on the Top 40 in ’74. It was a different era, but through through the decades, through personnel changes and high tide and low tide in the band’s fortunes, the song never fails to rouse a concert crowd. In the new version, Healey comes on at the crest of the song, singing the title words by herself for several bars before being joined by the rest of the fellas through the outro. It’s startling and most welcome to hear a powerful woman’s voice on this timeless song and a sign of how much she’s a part of the musical fabric of this long-running band.

Molly Healey will be coming to St. Louis not only on Feb. 15 for the triple bill at the Bootleg, but also with the Lacewings (Feb 27 @ Pop’s Blue Moon), who purvey a sound she calls “witchy folk,” and with the Ozark Mountain Daredevils (April 11 @ River City Casino). Healy is also co-chairing a one-day, two-stage Earth Day festival taking place on April 26 in Springfield MO. 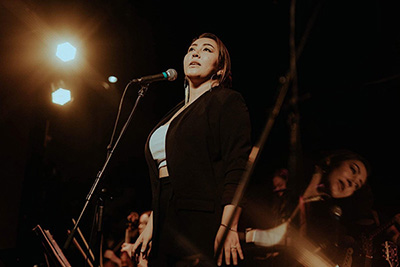 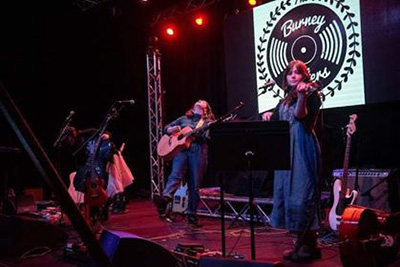 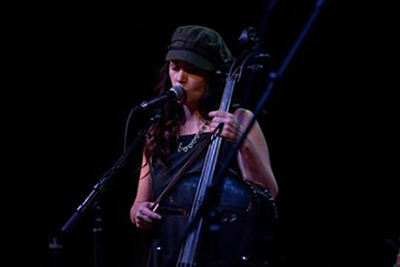