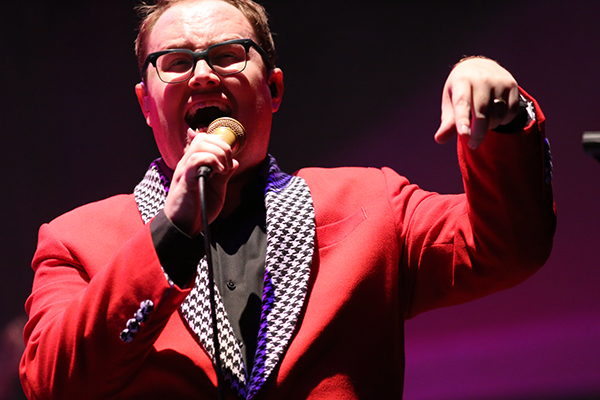 St. Paul and the Broken Bones Bless the Pageant

The Pageant stage was dark. Shadows of instruments and stage lights resembling submarine windows overlooked the stirring crowd. An ambient vocal sample came on over the house speakers, and the nearly-full audience roared. The submarine spotlights flashed on. The stage backdrop illuminated like a starry night sky.

In the shadows, the members of the band took their position. They seamlessly transitioned into the musical intro with one overdriven guitar bend that dropped into a steady beat, lead by the drummer’s high-hat cymbal. The band’s horn section – saxophone, trumpet and trombone – matched the drummer’s pulse as the anticipation built. The crowd was on a string from the jump, and the band never seemed to lose its grip.

Enter St. Paul and the Broken Bones frontman, Paul Janeway. The former accountant and shoe salesman-turned-rockstar walked onstage garbed in a bejeweled black cape that shimmered like the stars behind him. No banter was needed. He danced to the intro music, using some fancy footwork to go back and forth across the stage, beckoning to the crowd. Then he began to sing.

The show started off with a medley of soul hits. First was “LivWithoutU,” an upbeat dance number from the band’s latest album, ‘Young Sick Camellia.’ Janeway did not hesitate or ease into displaying his pure vocal power. His voice rang through the concrete walls of the Pageant, sounding even bigger than it does on record.

Next, they rocked the crowd into a soulful lull with one of their most popular tracks, “Flow With It,” from their 2016 release, ‘Sea of Noise.’ The long tones from the horns complement the sultry guitar licks in a way that makes the track feel like a Motown-inspired classic. In between verses, Janeway waved his hands in sync with the instrumental motifs, acting as a conductor for the crowd to follow. The band’s soul and rock influences continued to shine as they dropped into “All I Ever Wonder,” a track that lyrically explores navigating society’s confusing, backward and broken ways. Janeway gestured to the crowd as they sang along to the anthemic chorus, suggesting that he related to the existential mess it conveyed: “I can’t tell which side I’m on / I can’t tell what’s right or wrong!” 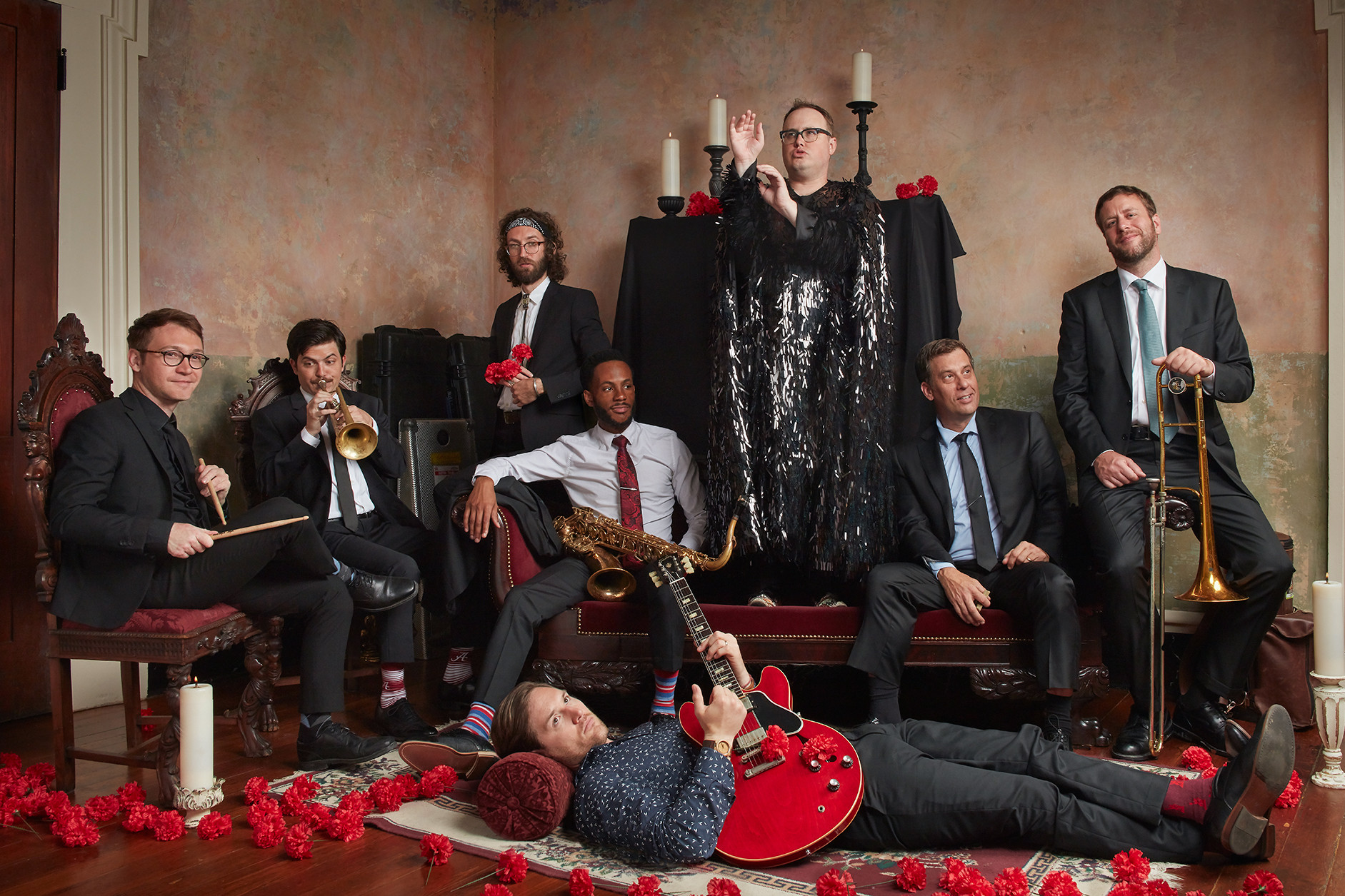 St. Paul and the Broken Bones.

Four songs in, Janeway addressed the exuberant crowd for the first time. He was met with applause so resounding that he had to interrupt the cheering to jokingly remind everyone that the band wasn’t even halfway through their set. During several conversations with the crowd throughout the night, he expressed gratitude on behalf of the band. At one point, he stated that “it’s shows like this that remind us why we do it,” after mentioning the group’s lighter touring schedule as of late. He also shouted out Blues City Deli, a regular spot of theirs when they come through St. Louis.

The second half of the show featured many songs from the band’s latest album, ‘Young Sick Camellia,’ a project that seems to sonically stray from their soul and rock roots. They explore sampling, ambient vocals and effects, and more of the darker edge that seems to thread through some of the group’s more socially reflective songwriting. This part of the set featured an instrumental number, including a moment where everyone but the drummer, saxophone player and trombonist left the stage for an epic horn battle where both musicians got to stretch out and show their jazz roots. Overall, it was a distinctive and interesting shift in the concert’s sound – but not one that detracted from the show or appeared to lose the audience in any way.

It didn’t take long after the set ended for the band to come back onstage for an encore. Before the second of the two concluding numbers, a ballad entitled “Bruised Fruits” that closes the latest album, Janeway thanked the crowd one last time before grabbing a wireless mic from behind him, walking off stage and heading toward the pit. Ushered by a security guard, the man commonly known as St. Paul moved through the crowd with one arm stretched in front of him, welcoming high-fives from everyone he passed as he sang amidst the eager bodies.

A move that could have easily read as cliche or pandering felt genuine and inspired. The entire crowd’s focus followed him through the pit, then up the stairs to the balcony. I glanced back to the band and registered their admiration for the performance of their leadman. The bassist sat comfortably with his legs dangling over the stage as he looked up at Janeway – now at the center of the balcony, singing over the railing to the audience below. When he made it back to the stage, he concluded the song’s lyrics one final time with a fitting last stanza:

“You’re in me when I stay

You’re in me when I breathe

You’re in me when I pray

You’re in me when I need

Til the lights go out someday.”

Then one by one, starting with Janeway, they exited the stage until just the drums and keys remained – a fitting outro that gave the audience a moment to appreciate each individual member of the band. With the drums holding down the beat, the keyboardist played the last chords of the concert’s final tune, then departed. After another few measures, the drummer softly played his final note, stood up, waved to the crowd and joined his band offstage. It felt like leaving a concert with a warm hug.