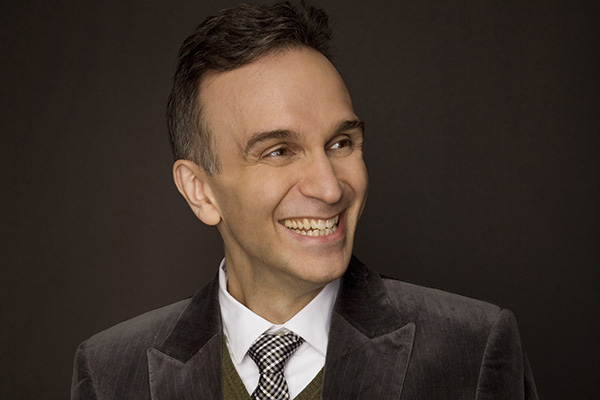 The Saint Louis Symphony: Bringing Music To The Light

Three very different composers:  Johannes Brahms (1833-1897), Bela Bartok (1881-1945) and Aaron Jay Kernis (b. 1960)--so what do they hold in common? Although each is a craftsman of harmonic thinking, each also demonstrates a full awareness a the linear aspect of music as melody, or thought transfigured into sound.

All three men emanate from different backgrounds, yet all three all possess characteristics in common. Brahms was a German of the Romantic era, yet arguably by the end of his career the Romantic essence was at the point of giving way to the unbridled sonorities of the 20th century. As a product of 20th century music, but infused with the indigenous music of Eastern Europe, Bartok took melodic creativity to a new level. The American-born Aaron Jay Kernis brings to his work a legacy of European and Jewish tradition, yet rooted in the experimental forms of contemporary composition that has by now established itself as a tradition of its own.

American-Israeli violinist Gil Shaham soloed with the orchestra under the baton of newly-appointed SLSO Music Director Stephane Deneve in a performance of the Bartok Violin Concerto No. 2. Shaham is no stranger to St. Louis and his technique is formidable--a requirement for a work of this magnitude. It is interesting to keep in mind that even in Bartok a wrong note would still stand out to listeners, but there was little chance of that, since Shaham's command of the work and his intimate knowledge of the score were evident throughout his masterful performance.

Bartok's writing for the violin, particularly in this work, is particularly linearly oriented. The solo violin becomes like an orator, so it is crucial that the sound should be allowed to soar through the hall. Shaham is certainly more than capable of delivering in this category, but during the performance he had a habit of retreating backward onstage, seemingly almost into the ranks of the orchestra, at times creating a slightly muted effect. Shaham is too great a musician not to be heard. Hopefully at his next appearance arrangements can be made to place him exactly where he can best shine.

Bela Bartok is an incredible thinker. Similarly, Aaron Jay Kernis uses music as the expression of his thoughts. The Symphony gave the world premiere of his new work, "Venit Illuminatio (Toward the Illumination of Colored Light)." As one might infer, Kernis' artistic thought is directly impacted by color and line, the latter coming from his training as a singer and violinist. His music is at times tonal, at other times atonal, employing a stream of consciousness approach to the development of ideas. By his own description, the music for "Venit Illuminatio" is a diverse fabric of various ideas, colors, sounds, rhythms and timbres, yet all merging as a summary of one man's reflections. A teacher of mine, pianist Ruth Saunders, always insisted that Romanticism was more about individualism than heroics. With that in mind, all three composers on this program demonstrated a deep individualism, which is perhaps why Leonard Bernstein once opined that perhaps our modern era is still part of the Romantic period.

Conductor Stephane Deneve closed the program with Brahms' monumental Symphony No. 4 in E Minor, his last symphony and one of the most profound works in the  entire musical repertory. This work brings the concept of melody--line--to a new level of profundity. And yet there is an engaging simplicity in his melodic writing--probably this was the only work on the program that listeners would be able to walk away with its themes humming in their heads, thereby rendering it a good choice to conclude the program. As we have already come to expect, Deneve was in full control as pilot of the performance. In an amazingly short period Deneve has already endeared himself to St. Louis audiences, and one got the feeling while listening to this great work that Deneve took special pleasure in sharing such a great outpouring of emotion and beauty with the members of his new community.

Deneve has displayed commitment to both contemporary and standard repertoire. That is admirable, and at this point audiences have responded enthusiastically to his leadership. But if contemporary music is to survive--as well as the orchestras that perform it--the job needs to go far beyond just performing new works. For audiences to truly appreciate new works, they need to know exactly why these works are exceptional and why they merit our attention. At this point in time, symphony orchestras are the primary music educators for the masses, and they should be respected as such. Our orchestras will need to instill and develop musical appreciation in order to nurture audiences for both the present and the future.