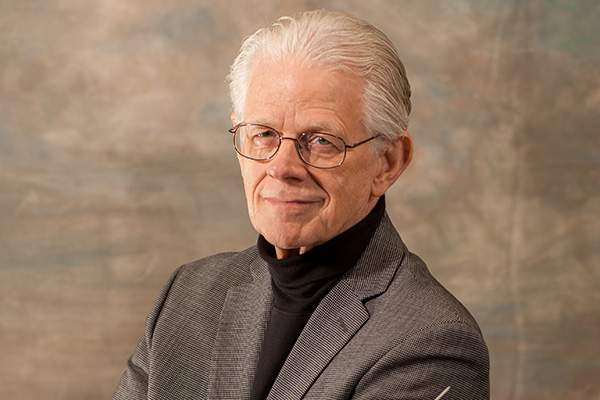 The Metropolitan Orchestra Of Saint Louis: An Unbroken Chain Of Transitions And Growth

Like all human affairs, music constantly evolves and transitions. This is what gives music and all art forms the vibrancy that informs our entire civilization. In a program that marked not only the evolution of the Classical period into the Romantic era, this week the Metropolitan Orchestra of Saint Louis hosted its Conductor Laureate, Allen Larson, in his farewell performance with the orchestra as he moves on to new endeavors, and opened its stage to one of the rising stars within the musical constellation of St. Louis, 12-year old pianist Jerry Chang.

Conductor Wendy Lea opened the program with the Serenade in E Minor for Strings by Sir Edward Elgar. A jewel of the Romantic period, Ms. Lea directed with a fine ear for the lyric phrasing and finely sculpted melodies of this work.  From the podium, Lea noted that the date of the concert, February 23, was the 86th anniversary of Elgar's passing.

Wendy Lea has worked tirelessly not only as the primary conductor of the Metropolitan Orchestra, but has also been actively involved in every aspect of the orchestra's management, including programming, publicity and funding. Such is the reality of charting a course for the arts in today's world.

Throughout his tenure in St. Louis, Allen Larson has invigorated the life of our community. As mentor, educator and performer, he has left an indelible stamp upon our region that has helped bring us to the attention of the world. In a brilliant illustration of all his many talents, Mr. Larson conducted young Jerry Chang and the orchestra in a rousing rendition of Mozart's Piano Concerto No. 21 in C Major, K. 467. The three-way partnership of Mr. Chang, Larson and the orchestra was a tribute to the talents of all. A student of master  teacher Zena Ilyashov, who has ignited the careers of many acclaimed young St. Louis pianists, Jerry Chang plays with a keen insight and facility that belie his years. His sense of balance between the hands was perfectly controlled, and his phrasing brought Mozart's melodies to a fullness that would surely have gladdened the composer.

But Mozart was not Jerry Chang's only gift to the audience.  Following the accolades of his concerto performance, he performed a beautiful Chinese folk song specially arranged for piano, "Colorful Clouds Chasing the Moon." The brilliant arrangement demonstrated the young performer's command of technical displays, gushing off the piano almost like fountains, and introduced St. Louis audiences to a beautiful work they may not have known. We hope to hear much more from young Mr. Chang as he continues to build on the excellent start to his career.

Following the intermission, Allen Larson returned to conduct the orchestra in a charged performance of Beethoven's Symphony No. 7 in A Major. In contrast to the melodious strains of the earlier Mozart concerto and the later Elgar serenade, this work is pure energy, emphasizing rhythm and contrast almost more than melody, even though the stark melody of the second movement has become one of Beethoven's most recognized themes.  The orchestra was ebullient and unbridled, yet firmly on track, never missing a note.

The Beethoven symphony marked an explosively rousing capstone to Allen Larson's tenure with the Metropolitan Orchestra, an ensemble he helped birth and establish. Like all great musicians, Larson will surely continue his relationship with music and musicians in new and creative ways, whether as a coach, mentor or collaborator. Our community has been blessed repeatedly with his guidance and presence, and we wish him all the best on his continued journey. And kudos to Wendy Lea as she continues at the helm of the orchestra. Lea was recently invited by Marin Alsop to participate in a special workshop in London for a limited number of accomplished female conductors. Finally, best wishes to young artists such as Jerry Chang, who have already given so much of themselves to our community through their hard work and the example they set for others.