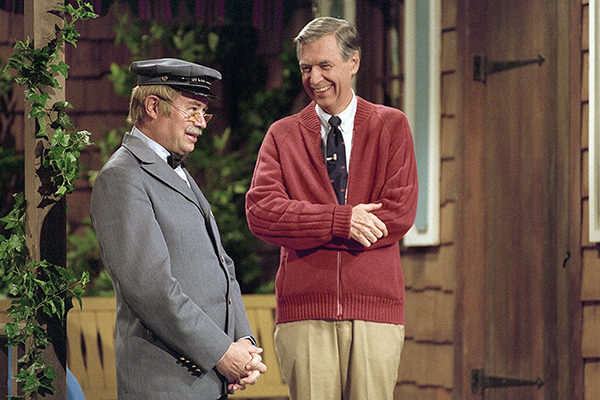 'Won't You Be My Neighbor?' Celebrates the Amazing Mister Rogers

It is wonderfully uplifting in those increasingly rare instances when we learn that a dear television star is, in fact, the persona he projects. Welcome, Mister Rogers, who, it turns out, not only embodies the amazing person hosting "Mister Rogers' Neighborhood" but actually has supreme humility given the literally life-changing work he did.

Director Morgan Neville lovingly captures this in his marvelous documentary tribute to Fred Rogers, "Won't You Be My Neighbor?" As in his Academy Award winning "20 Feet from Stardom," Neville shows a consummate ability to encapsulate a personality through contemporary interviews, well-chosen clips from "Mister Rogers' Neighborhood," and other archival footage, including testimony at a U.S. Senate hearing on public television funding. Above all, Rogers showed us how to live an exemplary, compassionate life and how to guide children through good and difficult experiences.

In what has been called the opposite of good television – low production values, a soft-spoken host, no histrionics – Rogers touched children's and adults' hearts and souls. Knowing, as he said, that children have deep emotions, he directly tackled death, divorce, racism, handicaps and more. Studying first to be a minister, Mr. Rogers used television as his pulpit to teach us that kindness and love make all the difference in the world to every one of us, whatever our age, race, or class.

In the film, Yo-Yo Ma says it best. He says Mr. Rogers taught him how to be a famous person, how to use his notoriety and not have it as a weight around his neck. All the while, Rogers is a living, breathing, empathetic human being. Neville has said he wanted to honor that sensibility, not paint Rogers as a saint. He has succeeded impressively and memorably. Rogers proves over and over that a quiet, steady voice expressing firm, admirable principles is the best we can contribute to the improvement of our society. He makes us nostalgic and regretful for what we have lost in today's rude society.

I first saw "Won't You Be My Neighbor?" at Columbia, Missouri's wonderful True/False festival in March 2018 in a packed Jesse auditorium. Most of us were in tears of joy and appreciation at least five times during the screening. This is a film to treasure for anyone with a beating, benevolent heart. Check local listings.