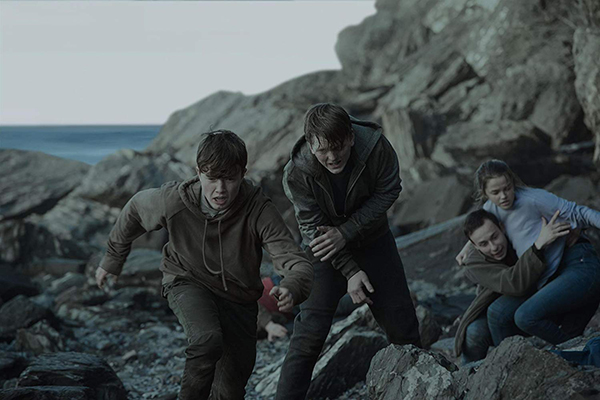 Writer/director Paul Greengrass has demonstrated his talent for boldly dramatizing sensitive subjects: "United 93" on the 9/11 hijacked plane that crashed in Pennsylvania after courageous passengers wrenched control from the terrorists; "Captain Phillips" on the 2009 Somali pirates' seizure of an American cargo ship; and "Bloody Sunday" on the 1972 British troops' massacre of Irish civil rights protesters.

Now in "July 22" he takes on the worst terrorist attack in Norway's history, leaving 77 people dead and dozens injured. On that date in 2011 Anders Behring Breivik loaded a van with 2,000 pounds of explosives, parked it in central Oslo outside the Ministry of Justice and the prime minister's headquarters. With that devastating explosion a diversion, Breivik headed to commandeer a ferry to Utoya Island where dozens of teenagers attend a Labor Party Camp. There he gunned down 69 of the individuals he murdered.

"July 22" begins crosscutting between Breivik preparing for and moving to his hideous rampage with the group gathering on Utoya. The barbaric, dispassionate slaughter conveys a fittingly disturbing impact. Several plotlines follow: families frantically searching for their children, the capture of Breivik and subsequent trial, the struggle of survivors fighting for physical and psychological strength, and the political repercussions of the tragedy. Based on Åsne Seierstad's 2013 book "One of Us: The Story of Anders Breivik and the Massacre in Norway," Greengrass presents Breivik and his lawyer dispassionately, no emotional emphasis needed or warranted. For the victims, the focus rests on Viljar, shot multiple times, bullet fragments lodged in his brain.

"July 22" gives Breivik his misguided say while never indulging excuses for his deeds. The response to him in court is deeply affecting. Moreover, the ripple effects of one such hideous act receives perceptive exploration enhanced by excellent performances. I do wish the murky, low-light compositions had given the scenes more clarity to aid the revelations. By contrast, the music does delicately interpret scenes. And as with Greengrass' Bourne films, "July 22" is superbly edited. There's no sane way to comprehend such horror, but, significantly, "July 22" honors Norway's strength and knows where the heart belongs.