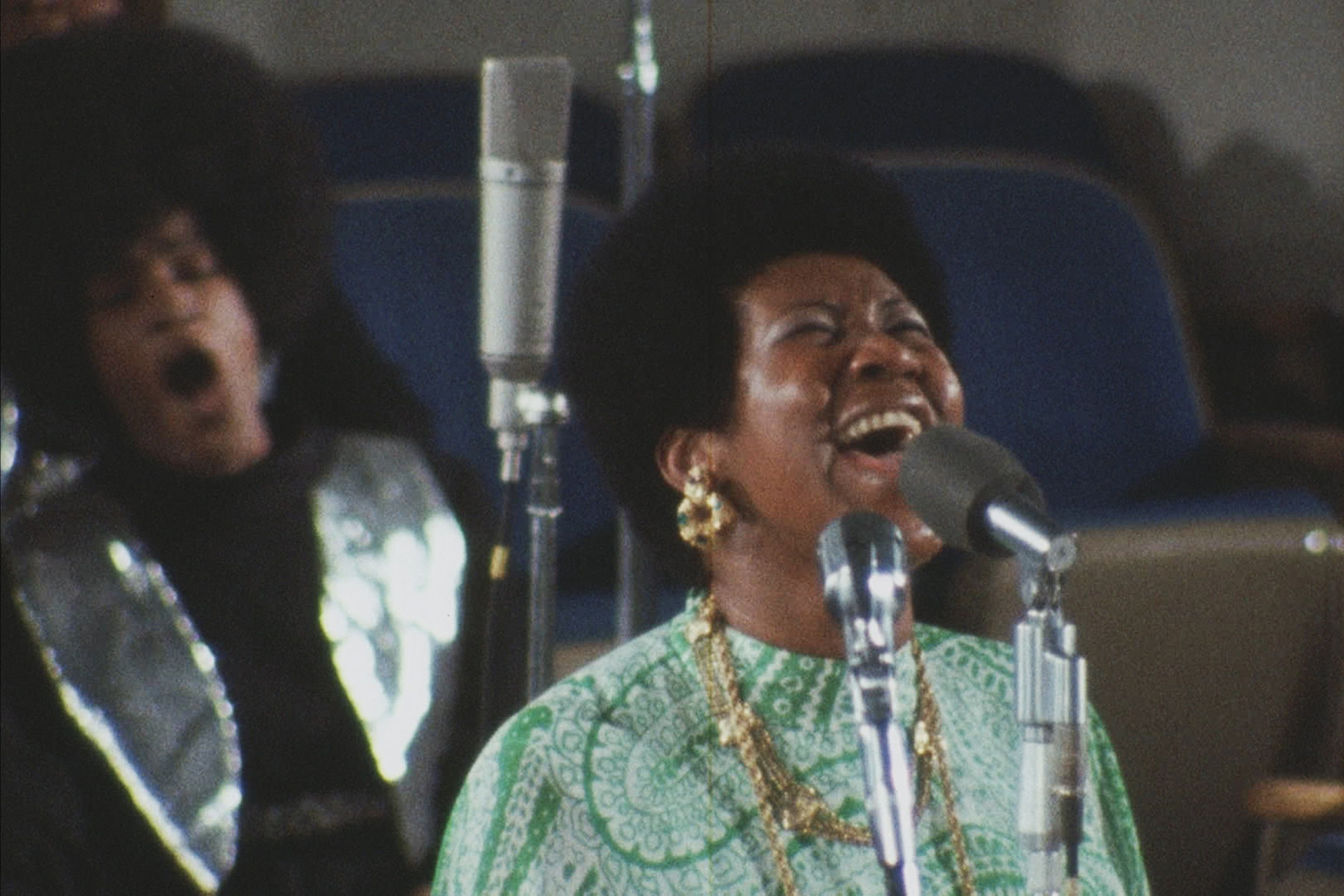 Whether because Pollack was young or harried, he forget the clacker when it was time to film. Clackers matter: they help post-production technicians line up sound with image. Without it, a film is off-kilter. For 'Amazing Grace,' it meant that only last year was the live recording finished under the dedicated direction of music exec, Alan Elliott.

'Amazing Grace' records the desire of Aretha Franklin, at the height of her career, to sing the gospel songs of her youth in church and to record in a church. Over two nights, Franklin, in flowing caftans, joined the Rev. James Cleveland at New Bethel Baptist Church in Watts in L.A. Cleveland is a gracious host, welcoming and exhorting the smallish audience to sound large – including Mick Jagger back there. At one poignant point, Cleveland, overcome, falls out in his own Hallelujah corner, his sweating face in a towel. The Southern California Community Choir, vested in silver shining as on a hill, follows the direction of Alexander Hamilton.

Pollack's cameras caught all those black faces tenderly in good light on film. He caught Franklin's father, the Rev. C.L. Franklin and Clara Ward, her mentor. Most of all, he captured Aretha Franklin – at the dais, at the piano, and, once, movingly, in a chair. The sound mix is admirable. Franklin starts with Marvin Gaye's  "Wholly Holy" and moves toward the title hymn like a locomotive in slow motion, worrying those notes and words as if channeling John Newton himself. The choir goes ape at that sweet sound.

'Amazing Grace' is an enlightening documentary, drawing listeners to an experience, to a history, to a wretch-changing sound.