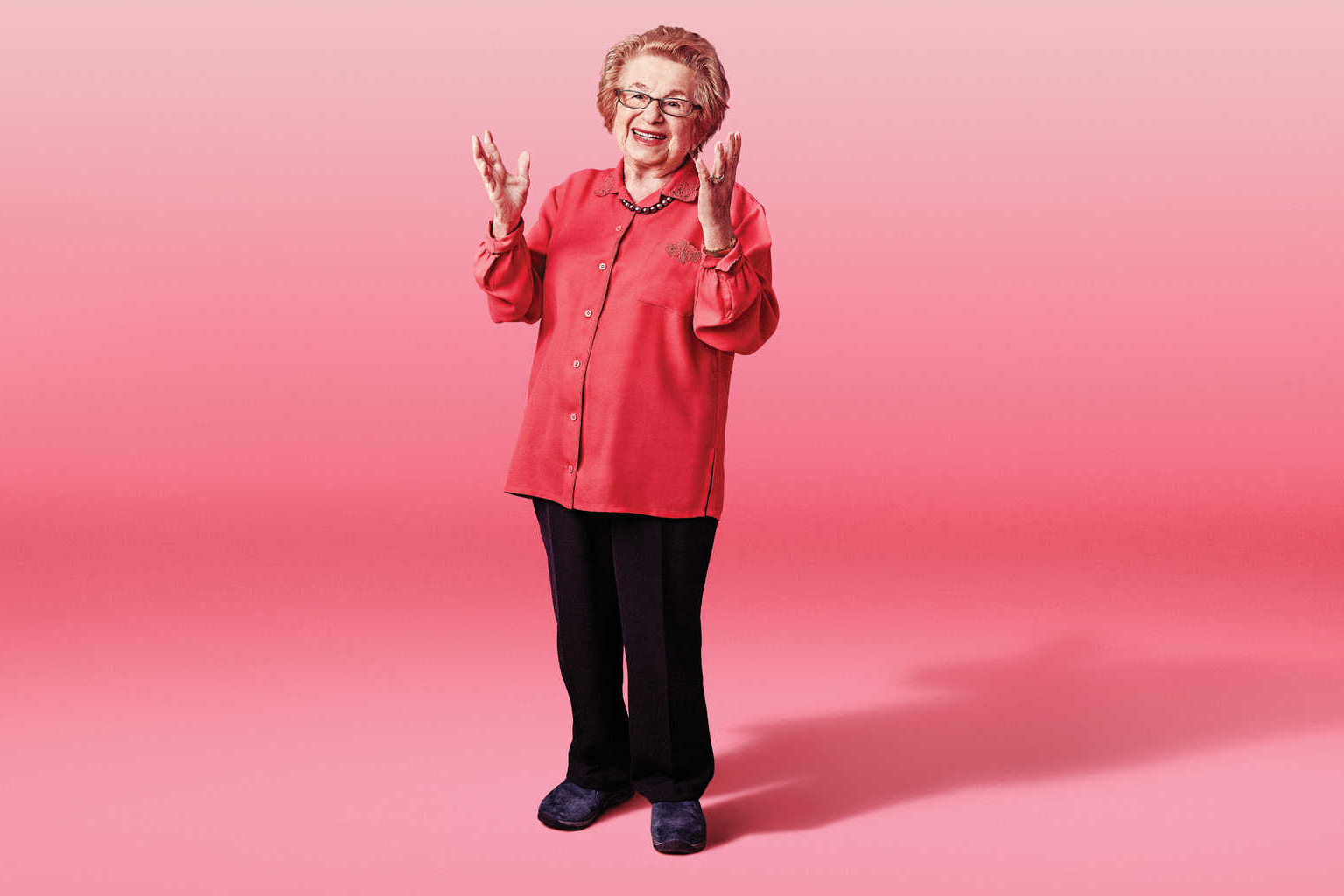 She's 90, 4'7", married thrice and now a widow. In 1939, she was sent away from Hitler's Germany to Switzerland, to an orphanage, which is why she refers to herself as an orphan of the Holocaust, not as a survivor. After age 10, she never saw her birth family again.

Ruth Westheimer grew up to be a famous expert on sex, a talk show host on radio and television, a favored guest of talk show hosts. Why? Because she talked about sex and not in a smarmy, adolescent way, but in the way of a professional with a ph.d. She could say the words for body parts as if they were car parts, that is, without shame or smirk, and she insisted on the correct nomenclature for the bits "down there."

Her family valued education, but in Switzerland, she was not allowed to go to school, for she was a girl. Her best friend, Walter, a man she still befriends, would teach her each evening what he had learned each day. Her education continued even after she removed to Palestine and, thence, to New York. She came to the States with her second husband, father of her daughter; after that divorce, she met Fred Westheimer, her true love for 40 years and the father of their son. She earned her doctorate at 42.

Her first radio show in 1981 played around midnight on the theory that no one would call and no one would care. Wrong. She was on the forefront of the AIDS crisis. "Let's educate, and let's find a cure," she declared. She still stands on the edge of sex ed.

Ryan White's documentary biography of Ruth Westheimer shows her through all these years, but for her childhood, he adds animation – a rather weird choice. Better are scenes of her with Steinem and Obama, of her talking sex, not politics, and of her back in Europe visiting her haunts, of her in her old apartment with her long-time secretary, trying to keep up with her. 'Ask Dr. Ruth' shows her being the funny, loving, plain-spoken, well-educated, unique Dr. Ruth.