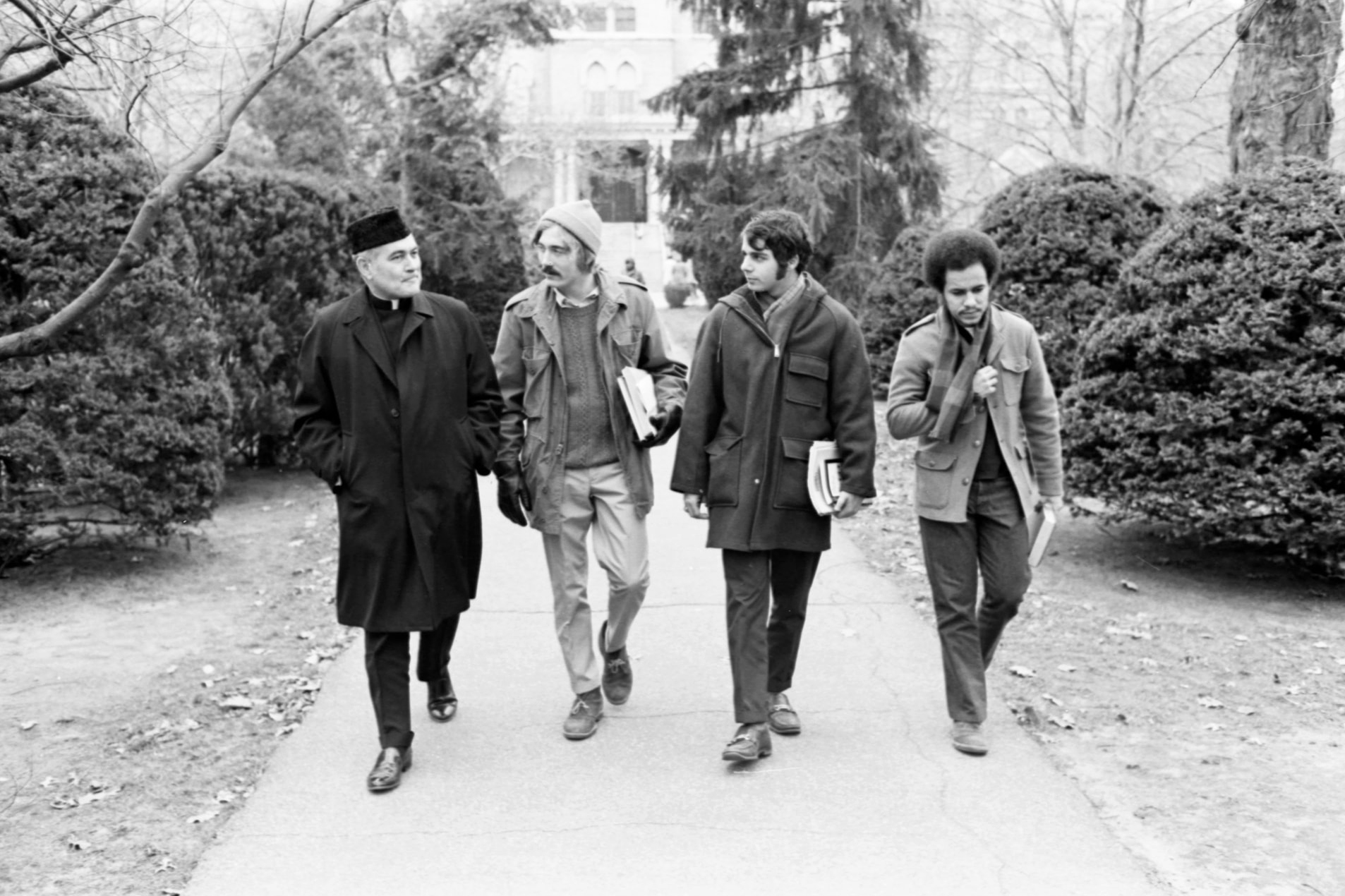 'Hesburgh' Tells the Story of a Saint on Earth

If the name of Father Theodore M. Hesburgh rings no bells, this biodoc of his life will illuminate. If his name calls forth a tiny tintinnabulation, it could be because you lived through the second half of the 20th century. Fr. Ted was more than just the president of Notre Dame, however.

He was a force to be reckoned with, and this documentary makes that abundantly clear. It begins with a boy who knew at six years old that he wanted to be a priest. In his dotage, when asked if he'd rather have been the head of the University of Notre Dame in South Bend, Indiana, or a priest, he always picked his ordained vocation.

He attended Notre Dame himself, and, at 35, he was picked to run the place, known then for football. He selected Fr. Edmund Joyce as his partner, and Ned and Ted worked together for decades.

Two commitments distinguished Hesburgh, however: his service for 15 years on the Civil Rights Commission and his stand against the Vietnam War.

He was appointed to the Commission by Pres. Eisenhower and stayed on after Pres. Johnson signed the Civil Rights Act in 1964 to insure that it was followed. When members of the commission from the South would not speak to the Northerners, Hesburgh listened closely to them. He found the common thread: fishing. He spirited the body off to Wisconsin, parked enemies in the same boat with poles, and let them hash out their differences.

He also listened closely to the students protesting the war in Vietnam, and he changed his mind about protesting and convinced them to do so non-violently. Nixon fired him. Time after time, he defied the Vatican.

Hesburgh, who died in 2015 at 97, is shown with popes, preachers, and presidents, with family and students. Hesburgh's words serve as narration for the film, directed discretely and reverently by Patrick Creadon. The documentary is gripping, moving, and informing about a man who made a difference whether you know it or not.