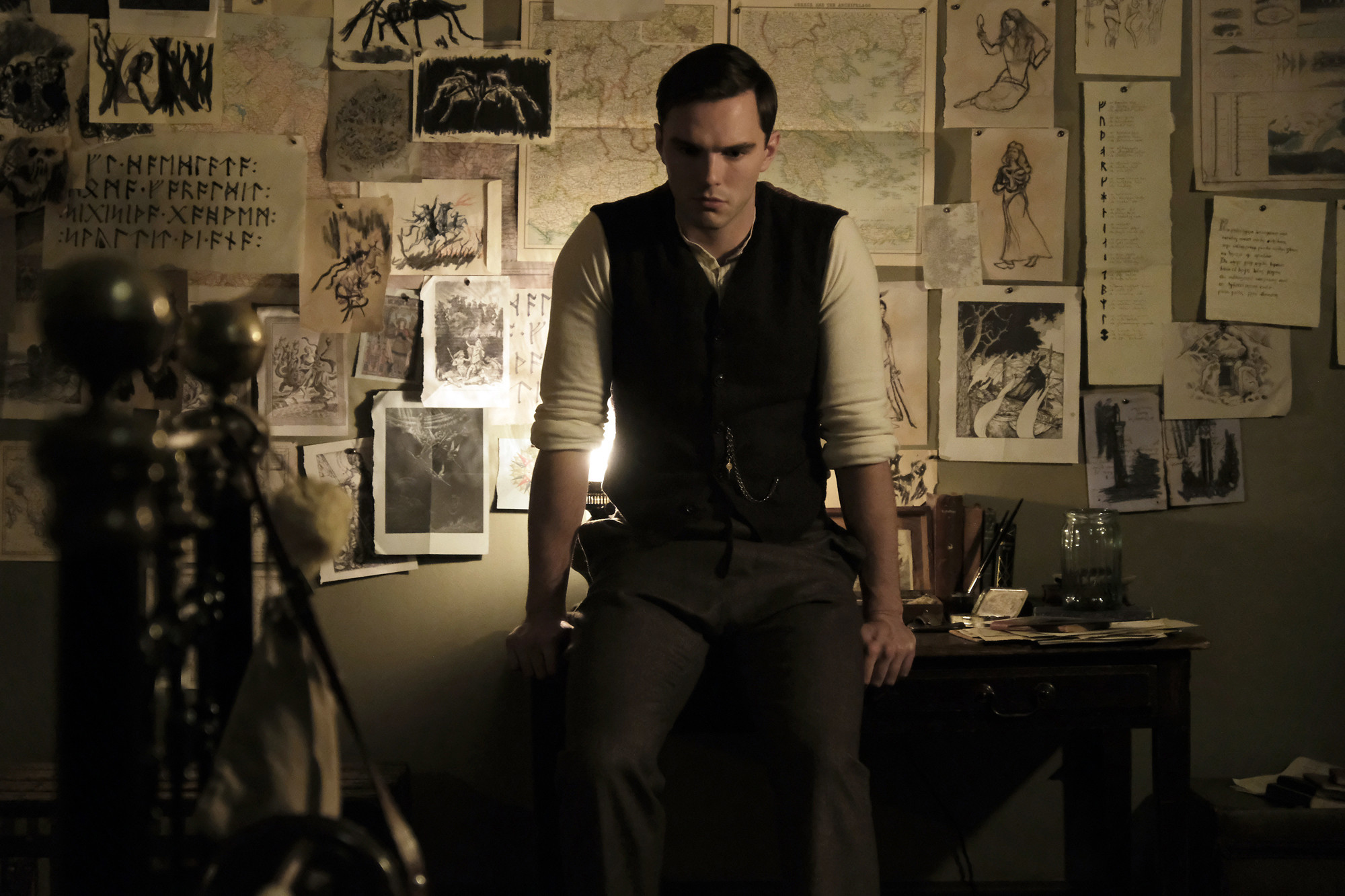 'Tolkien' Covers the Early Years Plus

For those Hobbit fans vertically deep in the fellowship of the ring, it's good to look at Tolkien himself. The Finnish director Dome Karukoski has paid homage to the brilliant philologist and fantastic John Ronald Ruel Tolkien with this imaginative and intense biography.

If you've read the superb biography of Tolkien by Humphrey Carpenter, this film will rehearse salient parts of Tolkien's early years. Born in South Africa, Tolkien removed to England in poverty. His father died, his mother Mabel died after deeding him and his brother to the Roman Catholic church.

A brilliant boy, fascinated by myths and languages, Tolkien went to a boys' school where being accepted by the other boys challenged his shyness, but once embraced by three other boys, the quartet stayed together in a fellowship that helped Tolkien overcome the loneliness of being an orphan.

He courted the beauteous pianist Edith Bratt at their rooming house, but just as he was about to make a dent at Oxford, the Great War came. Karukoski weaves these events with flashbacks to the trenches in the Somme. Visions of war could be history – or they could be hallucinations brought on by trench fever.

Karukoski knows his Tolkien, a man who thought the phrase "cellar door" beautified by the liquid l's. Karukoski honors Tolkien with this film, an extension of the magic lantern Mabel Tolkien used with bedtime stories. He exploits extreme close-ups along with silhouettes and red-veiled horrors. He manages his fine cast, starting with Nicholas Hoult ('About a Boy') and Lily Collins, who elvan-dances well with trees. The supporting cast includes Colm Meany as Tolkien's guardian and Derek Jacobi as his mentor. Jacobi's monologue on trees is especially evocative in the script by David Gleeson and Stephen Beresford (he wrote the screenplay for 'Pride').

Stick around for the Q&A with Hoults, Collins, and Karukoski, moderated by the Tolkien fanatic, Stephen Colbert. It caps this fine, fine film.