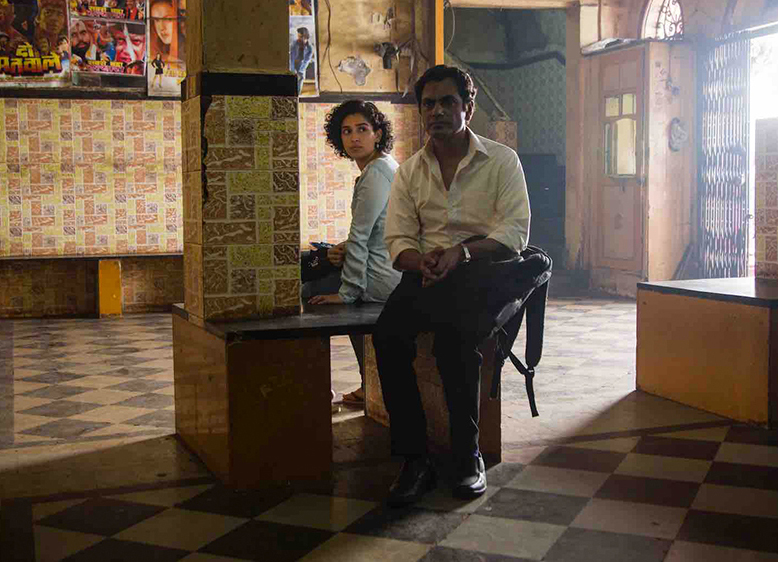 ‘Photograph’ Finds the Appeal of Quiet Romance in Mumbai

Writer / director Ritesh Batra’s 'Photograph' is a sweet, quiet film set in and around Mumbai. It takes aim at the heartstrings, and for those who can relax into a slowly paced, hour 45 minute character study, it succeeds. The story focuses on Rafi, a shy tourist photographer pressured to marry by Dadi, the Hindi word for paternal grandmother.

When Miloni, a young woman Rafi photographs, runs off without her picture, he’s intrigued. With his grandmother coming to visit him, Rafi arranges for Miloni, whom he will introduce as Noori, to pretend she’s his fiancée, though she’s actually quite busy studying for her exams. Carefully walking an emotional tightrope, without histrionics or melodrama, these two young adults will learn to appreciate each other.

Director Batra had a universal hit with his previous 'The Lunchbox.' He again hitches his wagon to two lonely, good hearted individuals, relying on the complex nuances of romantic longing and appealing actors to engage the audience. 'Photograph' doesn’t achieve the appeal of 'The Lunchbox,' but it comes close primarily because the central couple express an enviable humane spirit as they struggle with their own resistance to cultural expectations: Rafi to marry soon and Miloni as an intelligent, independent woman. Rafi’s male friends add the peer pressure that makes individuality even more difficult. Add a social divide between Rafi and Miloni, prejudice based on skin color, Rafi sending money home to pay his father’s debts, and a too aggressive teacher for Miloni, and it’s clear that there’s a solid, albeit subtle, social critique.

Technically, the cinematography emphasizes Rafi’s and Miloni’s loneliness, with out-of-focus backgrounds isolating them from colleagues. Peter Raeburn’s music expresses the various, usually sweet, moods too deliberately and too often for my taste. I prefer to provide my own sentiments, not be told how to feel. And the actors do a fine job of eliciting affection.

Batra has a unique style, so unhurried that it’s refreshing. Near the conclusion, Rafi says, “The stories are all the same in movies these days.” I’m happy to say that 'Photograph' defies that generalization.