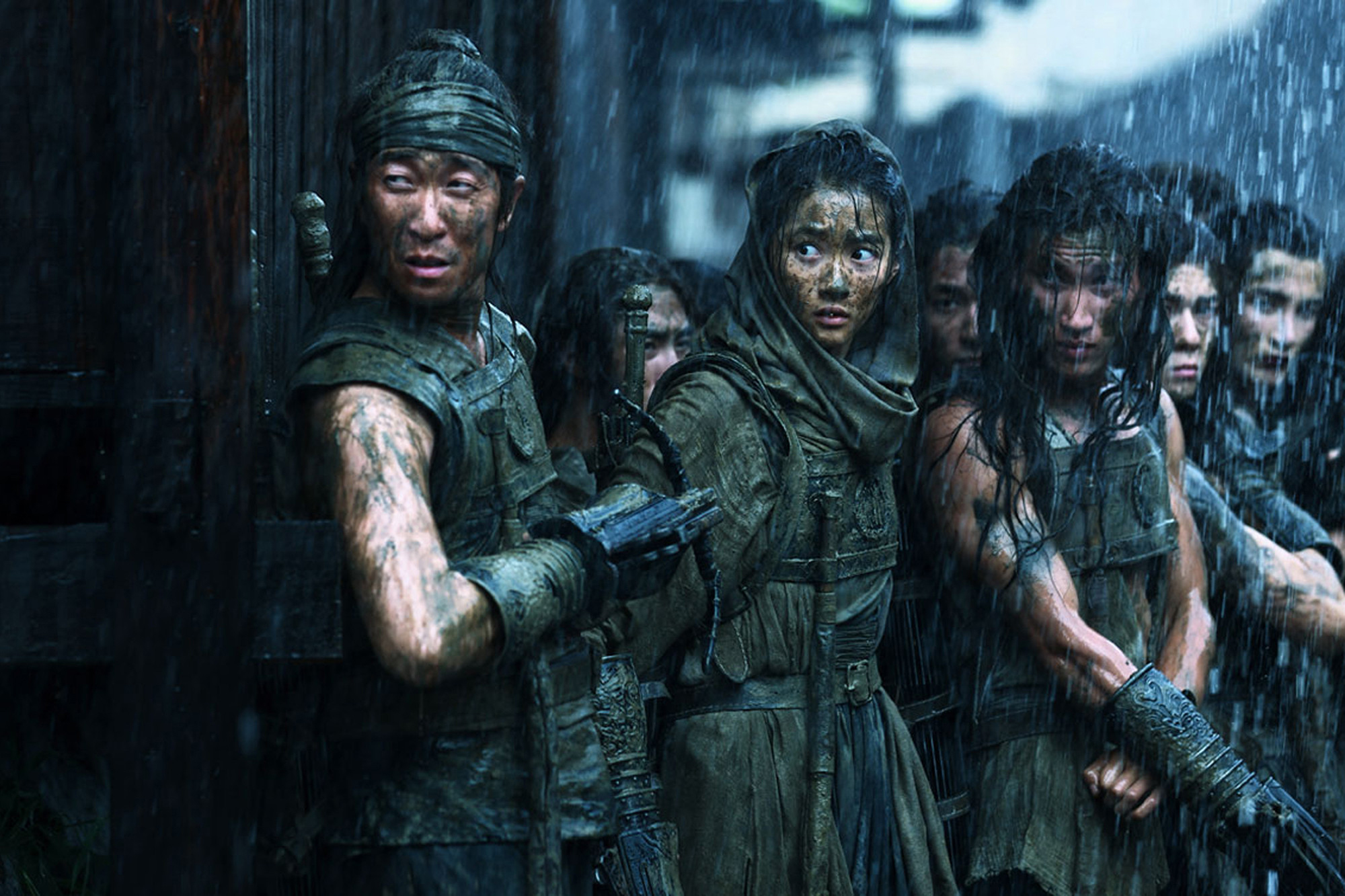 Fifth generation Chinese director Yimou Zhang hit my radar in the late 1980's when he won the Golden Bear at the Berlin Film Festival for 'Red Sorghum.' His subsequent 1990's films, 'Ju Dou' and 'Raise the Red Lantern,' confirmed his extraordinary aesthetic sensibility, also on display with Zhang’s direction of the amazing 2008 Beijing Olympics opening ceremony.

Writer / director Zhang’s narratives often focus on individuals caught within socially defined hierarchies, ensnared by power and passion. 'Shadow' continues those themes within an inventive re-imagining of the Chinese Three Kingdoms of the third century. As the title indicates, the central character is a body double for the kingdom’s Commander Jing, locked in palace intrigue with the erratic King of Pei. With an imminent war resisted by the King (despite his determination somehow to regain control of rival Yang’s neighboring city), Jing, his wife, his double, the King’s sister, and court advisers plunge into a struggle to triumph and survive the Machiavellian machinations.

Always cinematically striking, Zhang’s palate derives from ancient Chinese ink brush paintings and scrolls. For two hours, a gradation from black to white dominates compositions, with only flesh tones and eventually startling red blood from numerous wounds disturbing the serene beauty. With 'Hero' and 'House of Flying Daggers' Zhang staked a claim in the legendary wuxia world, that is, one of martial arts chivalry and expertise. The second half of 'Shadow' adds a dazzling chapter with a duel between Zhang and shadow Jing plus an exhilarating military battle. In it men and women, commoners fighting for their freedom, use umbrellas with iron leaves that can be detached, hurled, or ridden, sliding on rain-soaked stone. Cross cut with the real Jing and his wife playing zithers, these scenes become a symphony of violence and release, perfectly synchronized.

The acting is superb, Zhao Xiaoding’s cinematography breathtaking, the sound vivid, and Zai Lao’s music eerie and heavenly. Yimou Zhang is an artist of the highest order, and 'Shadow' a mesmerizing film.