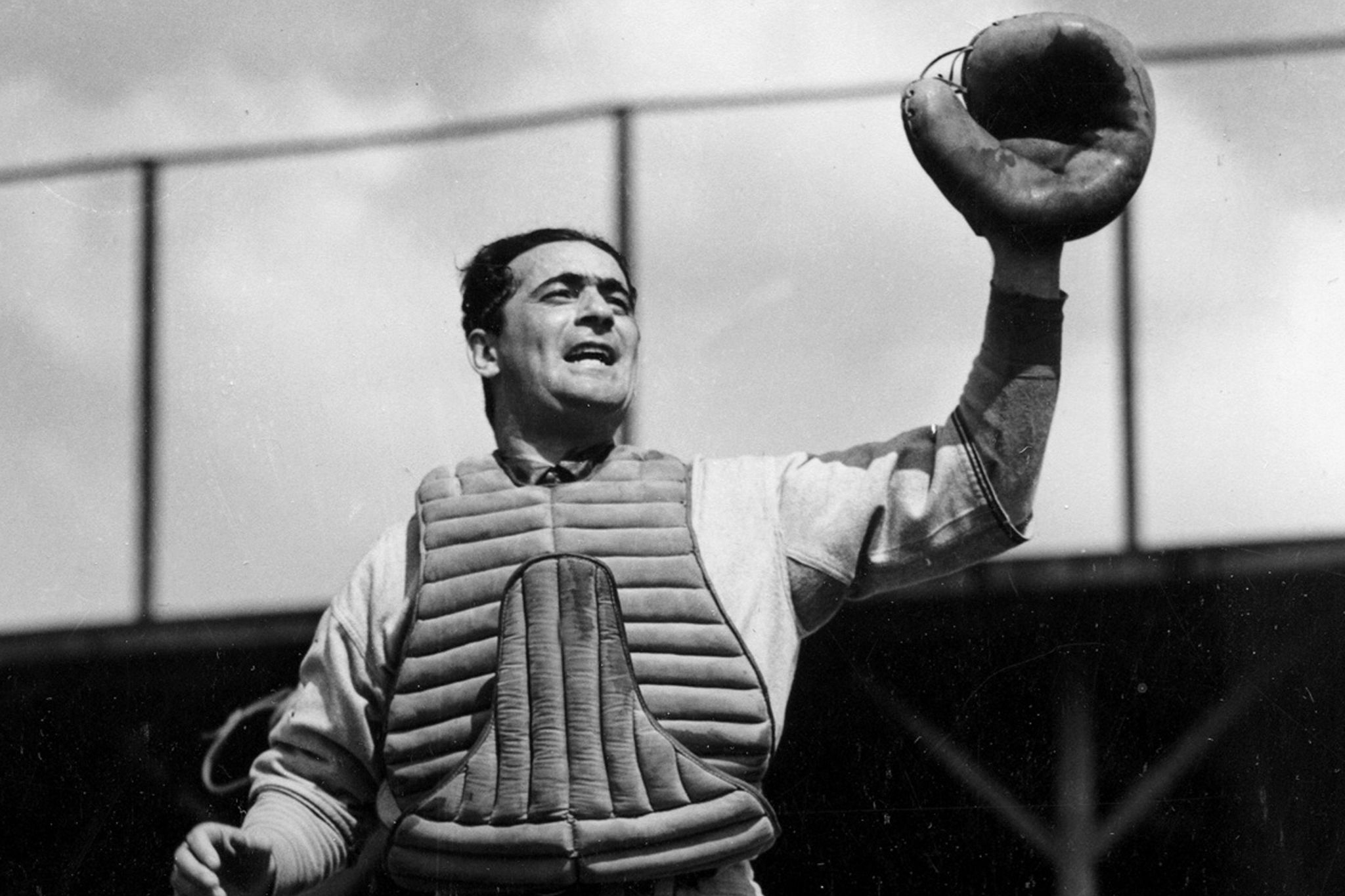 'The Spy Behind Home Plate' Tells a Dual Story

The position of catcher is a most demanding position in baseball. Combine catching with knowing at least 10 languages, with winning on a radio quiz testing intelligence, with studying law in the winter and playing baseball in the summer. Now combine those attributes with spying, and you have Moe Berg.

Morris Berg's story is amazing told in the riveting documentary, 'The Spy Behind Home Plate.' Aviva Kempner, who also directed the fabulous 'Yoo-Hoo, Mrs. Goldberg,' starts with Berg's birth in 1902 to pharmacist Bernard and Rose Berg. The Bergs were cultural Jews who lived the American Dream in Harlem. At Princeton, Moe Berg exceeded at both sports and studies, especially languages. He claimed to use Latin for exchanges with the second baseman. And, if the opposition knew Latin? Berg said he switched to Sanskrit.

His facility with languages led him to learn Japanese, which led him to speak the language when the All-Star team went there in 1934. He stayed after to spy. Whenever a reporter asked him about that part of his legend, he always put his finger to his lips and ordered the interrogator to "Hush." He cleverly used his Bell & Howell movie camera to shoot the Tokyo skyline, which helped the Allies later in World War II.

Kempner aggregates stories about Berg by editing the storytellers as they repeat the same anecdotes, such as the one about Berg's torn cartilage or the one about how he could hit but couldn't get to first base in time. The film presents a cavalcade of sports writers, such as John Kiernan of 'The New York Times' and Bob Broeg of 'The St. Louis Post.' Berg's brother Sam tells family stories. And all of this to the tune of "Take Me Out to the Ballgame," natch.

Moe Berg read 10 newspapers a day. He loved them. This excellent, exciting biography is dedicated, in part, to "the viability of newspapers."