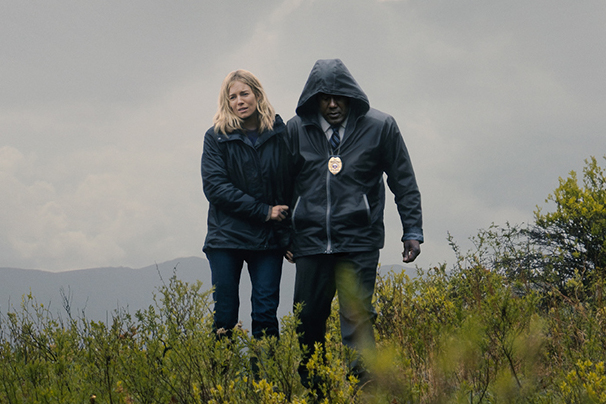 It's not enough to describe the plot of  'American Woman' as about a woman whose daughter goes missing. It's not enough to say that the main character behaves like the hoyden who had her daughter at 16 and is still acting like an adolescent, right along with her now teen-age daughter, now also a mother.

Deb says wisely to Bridget, "Things don't go back. You just make do with what's left." But she also can be unwise in asking if she, the mother, looks sexy enough for her date with a married man.

And then Bridget goes missing. That leaves Deb to care for toddler Jesse, but luckily Deb's sister Kath lives next door with her beloved husband and children, and their mother lives near by. Eleven years pass as Deb continues to look for and to honor her missing daughter, but also as she matures, from waitress to student to professional.

In her way, Deb represents what sociologist Catherine Bateson wrote about in Composing a Life, that women's journeys may be halting, but each step defines the next.

Jake Scott paces 'American Woman' by suggesting more than detailing the links of women's lives, similar to understanding shown in the recent film, 'Diane.' Scott does not force plot peaks in Deb's life, leaving those to the audience to divine. He and cinematographer John Mathieson were also cinematically adventuresome in shooting Brad Inglesby's script, especially intuitive with badinage. Scott's experience in directing music videos plays out in Albert Wiltzie's appropriate strings.