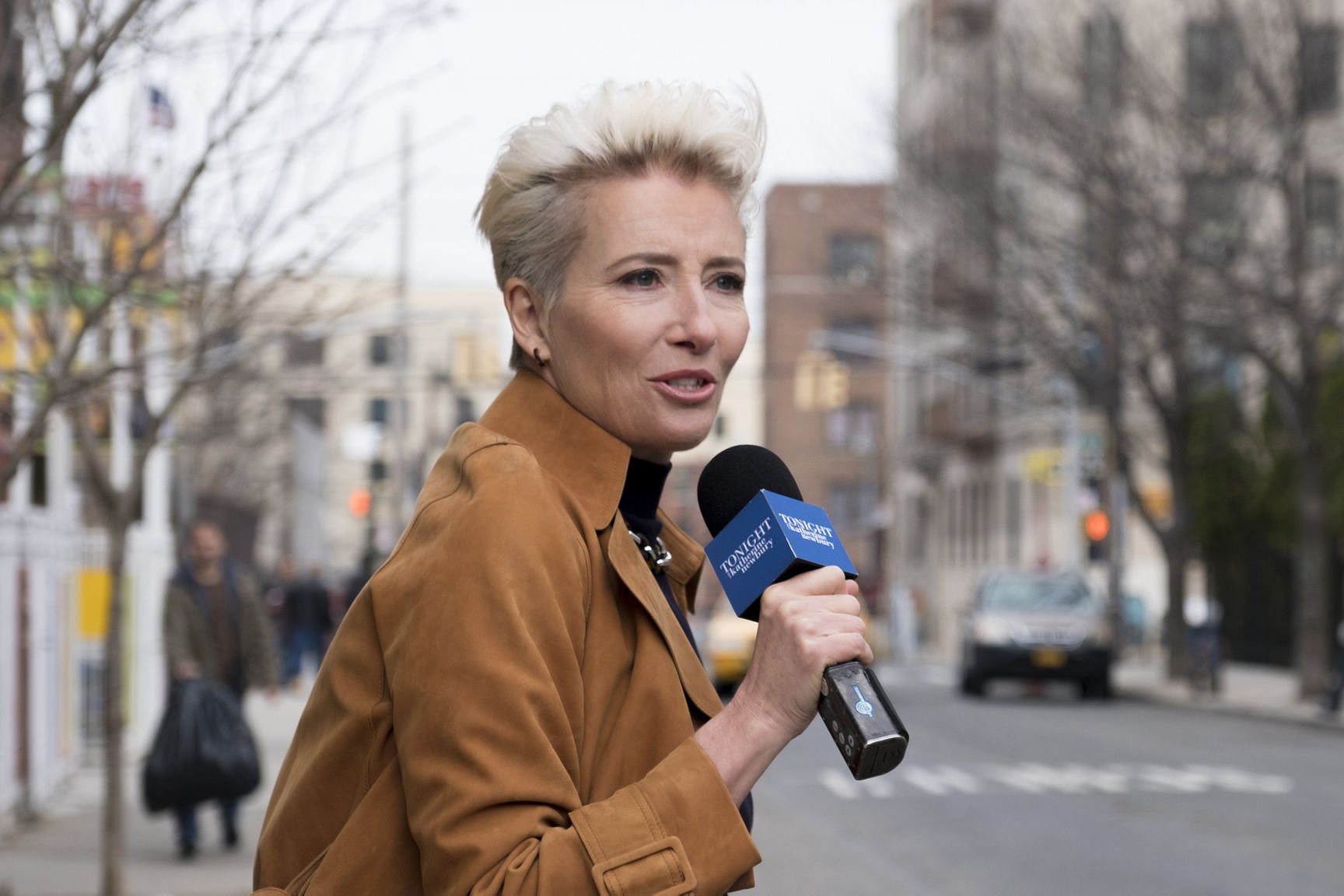 'Late Night' Is Laughable, But Not That Much

Kaling plays Molly, a quality-control manager in a chemical plant (not a factory, she has to insist over and over). She becomes the only female writer on a staff of jokesters for Katherine Newbury, star of "Tonight," a late night chat show. For 27 years. But her time is almost up as her ratings are certainly down.

Newbury is sharp, curt, biting. She doesn't even know the names of the boys in the writers' room. She numbers them. When Molly joins the staff, she becomes No. 8. She brings her understanding of quality-control to this zoo, a quote of Liz Lemon's testosterone staff from "30 Rock." But they don't want it or Molly.

What Kaling does not show is how funny Molly can be. Oh, there are a few jokes, but she should have flooded the writers' room with jokes. Instead, she cries and bellyaches and begs. Newbury postures and commands and plugs her ears. Classic.

Emma Thompson proved her comedy chops back in the Eighties with her Footlights classmates, Hugh Laurie and Stephen Fry. She carries off the one dimension of Katherine Newbury with ease – and a quote of Meryl Streep in 'The Devil Wears Prada.' Mindy Kaling manages Molly adequately, but she really works well at the subtle punch line, the swallowed come-back, the riposte in her script, plus the hilarious bit entitled "White Savior."

They are supported by John Lithgow in a non-funny role as Newbury's husband, and by a raft of comedians from Kaling's court, including Reid Scott, Ike Barinholtz, and even Seth Myers.

'Late Night' is not as good as it could be, yet it manages to amuse often enough to be a relaxant as well as to speak strongly to the bloody sexism that is rife in the writers' rooms of late-night comedy, something Kaling and Thompson know too well.