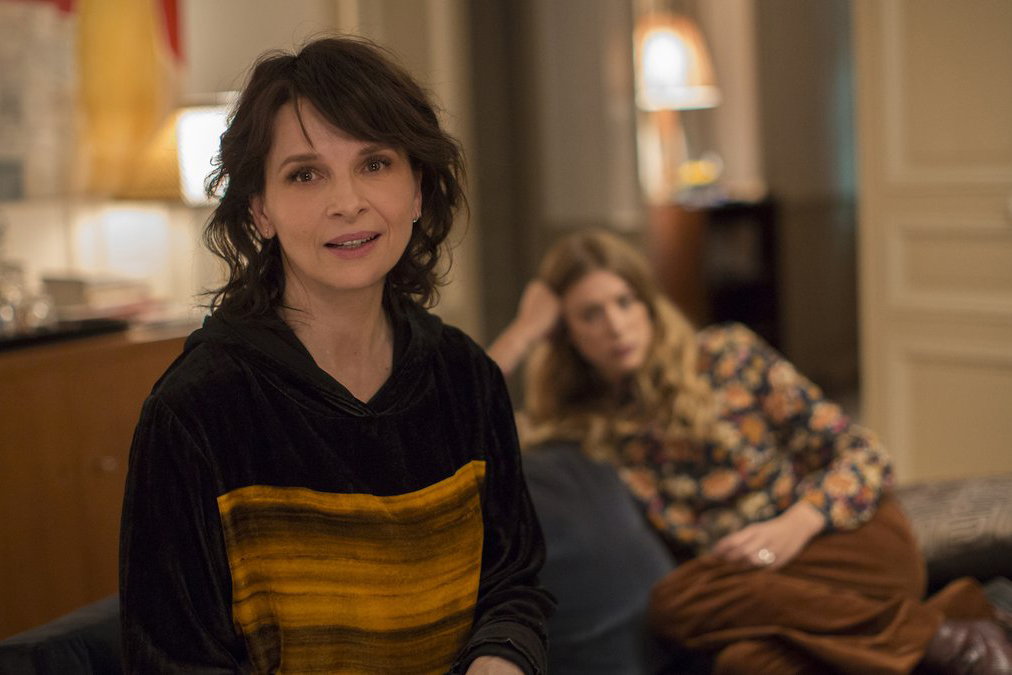 French filmmakers keep proving they have a knack for burrowing into personal and professional relationships, the latest exhibit being 'Non-Fiction.' It jumps right into the heart of the extended debates between autofiction novelist Léonard and his editor Alain, both of these men interacting with their wives Valérie and Selena respectively, and colleagues for all these individuals.

Writer / director Olivier Assayas inspects a cross-section of middle-age men and women coping with the vicissitudes of affairs in their private lives and dramatic changes in their work environments. In extended philosophical debates, book publisher Alain confronts the digital culture that is transforming his world, as Twitter, blogs, audiobooks, and internet activity conflict with his love of the written word. Wife Selena stars in the police procedural “Collusion” as a “crisis management expert,” as she insists, but has tired of it. Valérie, a political consultant, deals with a difficult client, writer Léonard has fallen out of public favor, and affairs abound.

As with all of us, each person reveals her and himself through comments and interaction. Selena dislikes that Léonard minimally transforms their six-year-affair in his latest book. Alain rails against the “supermarket of information,” while society respects only money and power. Valérie is too busy to give Léonard much attention, he’s floundering, and all their relationships and self-images are being redefined.

Cinematographer Yorick Le Saux gives locations distinctive colors; warm yellows and browns for Alain and Selena’s home, cold whites and grays for Léonard and Valérie’s, and hard edged lighting for the workplace. The art direction makes every space feel vibrant and lived in, as do the superb actors. Primary among them is the always dependable Juliette Binoche, as Selena who gamely fields a joke naming Binoche as someone the publisher wants to read for an audiobook. Guillaume Canet as Alain presents a casual poise despite his concern.

'Non-Fiction’s' French title is the more accurate 'Dual Lives' which signals lives’ duplicity as well as a society in transition. But, to me, the most interesting aspect is watching the nicely defined characters reveal themselves, a reminder to listen more attentively to our own and friends’ comments.

In French with English subtitles, at Landmark’s Plaza Frontenac Cinema.