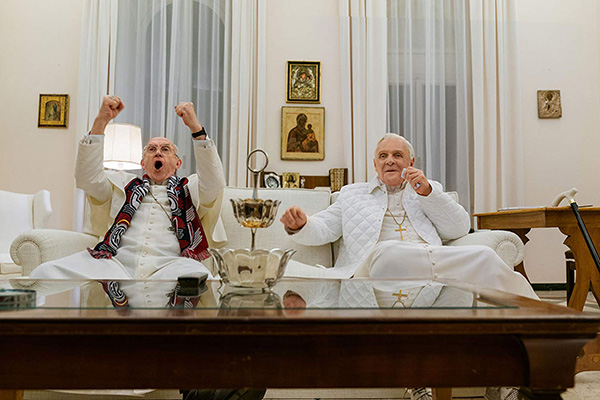 Top 10s are always impossible, ranking such diverse films in a hierarchical order. Nevertheless, here are 10 I highly recommend.

8. & 9: Two documentaries shine: “Maiden”: The fabulous story of the first all-female crew winning the 1989 Whitbread Round the World 33,000 mile race, and  “Apollo 11”: a magnificent, exhilarating exploration of the historic June 21, 1969 moon flight seen through rediscovered 70-mm footage and recordings.

6. “Marriage Story”: Writer/director Noah Baumbach’s psychological dissection of the deterioration of a marriage, meticulously explored from both the wife’s and husband’s point of view.

4. “Portrait of a Lady on Fire”: French writer/director Céline Sciamma’s haunting, quiet, gorgeous study of two late-eighteenth century women, one a painter, the other the subject. Adopting a scrupulous woman’s gaze, it isolates the characters on an island, as they explores the nature of love.

There are many other worthy cinematic adventures, and I wish everyone many hours of happy viewing in 2020.