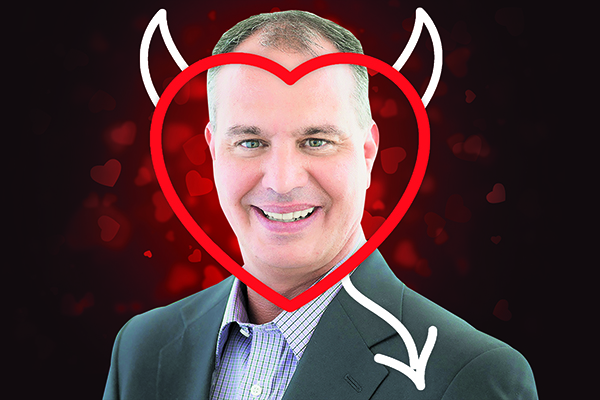 'Love Fraud' Exposes Con Artist Of The Heart And Wallet

Imagine having your heart and wallet stolen by a charmer. Imagine marrying the man. Imagine discovering that, in addition to being a cad, he's a bigamist and that you should have taken a number to marry this snake. Then – and you don't have to imagine this – find the blog started by his other women.

A blog! Imagine that. A blog managed by your slimy ex- (maybe) husband's past conquests. Then, maybe all you can imagine is tracking down the miserable scalawag. That's what "Love Fraud" is about from the women's points of view: hunting Richard Scott Smith, who, for 20 years, has gotten away with romancing them, stealing their dignity and dreams, and spending their funds on new cars. The father of one gave the scoundrel his boat, only to have the con man sink it to buy it for salvage.

To track Smith, a couple of his betrayed women hire a grizzled bounty hunter near Kansas City – her cigarette smoke wreaths a t-shirt that says, "I don't remember asking for your opinion." She offers to find the reprobate for free just to get him off the street. She follows him to Wichita, then to Belize. With the help of private investigators and some very slow coppers, Smith is nabbed.

That, however, is not the end of the four-part series, running on Showtime. That would be the end for ordinary documentarians, but Heidi Ewing and Rachel Grady are not ordinary. They filmed the excellent documentary, "Jesus Camp," and they brought the same diligence to "Love Fraud." They follow Smith into jail to interview him. In that Q&A, Smith invokes the name of Donald Trump as another man hounded by bitter women, but Smith's narcissism, lying, cadence, and grandiosity already twinned the two for the observant viewer.

Ewing and Grady augment "Love Fraud" with clever graphics and subtle music, each heightening the chase. "Love Fraud" gallops along with good gals going after the bad guy – with a camera handled by two fine feminist filmmakers.