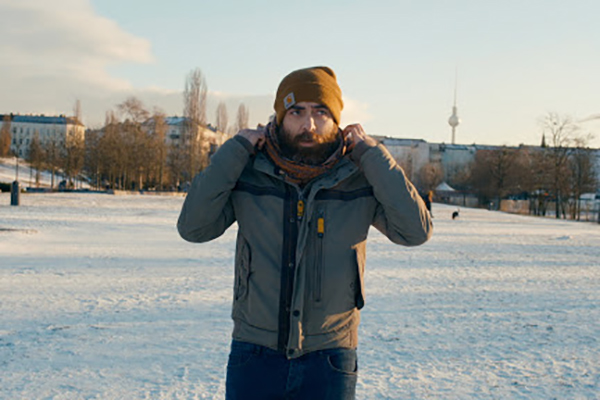 'A Step Without Feet: From Syria to Berlin'

Say their names: Zaher, Layla, Freddie, Mudar, Anis, Saja, and Abdallah. You will come to know each in this tender, kind documentary about their lives as Syrian refugees living in Berlin. Among these seven are a dancer and a dentist and an artist with one eye, the other lost in the Syrian war.

They have settled in Germany, but not 100 percent. A great part of their hearts remains at home. That's where their friends are, where their moms are, where their lives and traditions and songs were. But they had to flee. Some took months to walk to a safe harbor, some were moved within days.

They found themselves in a cold place. Literally. They miss the Syrian sun as they walk in the German snow. But they adapt. The Sufi dancer explains her liquid moves while she pirouettes, barefoot in snow. The artist speaks through a thick muffler.

They speak many tongues. The dentist knew he had to learn German before he could really communicate with his patients. Some of them, like the singer, slip easily back into their native tongues, and they speak English or German more fluently.

One of the questions each is asked is for a favorite word in Syrian. The love enveloping their choices is evident in their voices.

Each of the seven is asked the same questions about homes, there and here; about flights to freedom, about freedom itself. The short documentary splices together the interviews of each person on each question, sometimes answered over large plates of colorful comfort food and accompanied by dances, athletic even in small spaces.

"A Step Without Feet" was directed by Berliner Lydia Schamschula and American Jeremy Glaholt. By connecting these seven people, they also connected cultures and shared them within scenes of their daily lives. The film redefines the freighted word "refugee." "A Step Without Feet" is a delicate homage to harmony.