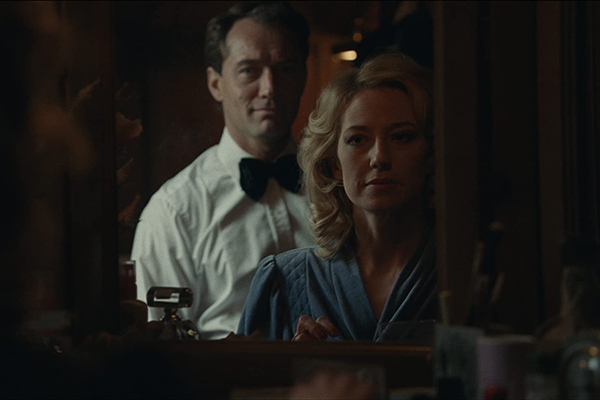 'The Nest' Avoids The Cozy, Builds On The Prickly

Director Sean Durkin made "Mary Marcy May Marlene" in 2011, then lapsed until writing and directing "The Nest." Both films are opaque, unresolved, mysterious, tense, and unsatisfying. Like "MMMM," "The Nest" pretends to art, so do not expect the film to explain the title. No nest here.

The film attempts to juxtapose Old Britain's values with New America's, that is, class with the seeming lack thereof. Rory O'Hara, a risk-taker, convinces his wife, Allison, risk-averse, to pick up and move back to his motherland. She is not eager to go: it's the fourth move in 10 years. Still, she follows him, hauling their gentle son Ben and her waspish, teen-age daughter along.

She is a horse trainer. He is a businessman, charming, handsome, winsome, and an untrustworthy exaggerator (liar). They show attraction to each other, even understanding, yet during an argument, she says, "You're embarrassing" and he slaps her with, "You're exhausting."

Once in England, when Rory greets his family, he spreads his arms wide to encompass the grand estate he has bought in Surrey with plans to add a stable for her. She is right to ask, "With what money?" She later sneaks a small box from its hiding place with money she has secreted.

Set during the Reagan/Thatcher years, Rory plans to make real money. But the film, as written by Durkin, is as cold as cash on the barrelhead. He intincted tension into places in the plot but they don't work, especially that unbelievable scene between Rory and his mother.

Jude Law plays Rory, curiously sapped of believability. Carrie Coon, so good as Meg Greenfield in "The Post," puts more effort into Allison than Durkin did when he wrote the role. Oona Roche and Charlie Shotwell play the children well, especially her snottiness and his bewilderment. All the characters are more pitiable than likable. Durkin's latest tale keeps do-si-do-ing around a real plot with real characters, but "The Nest," like "Mary Marcy May Marlene," is exhausting and a little embarrassing.