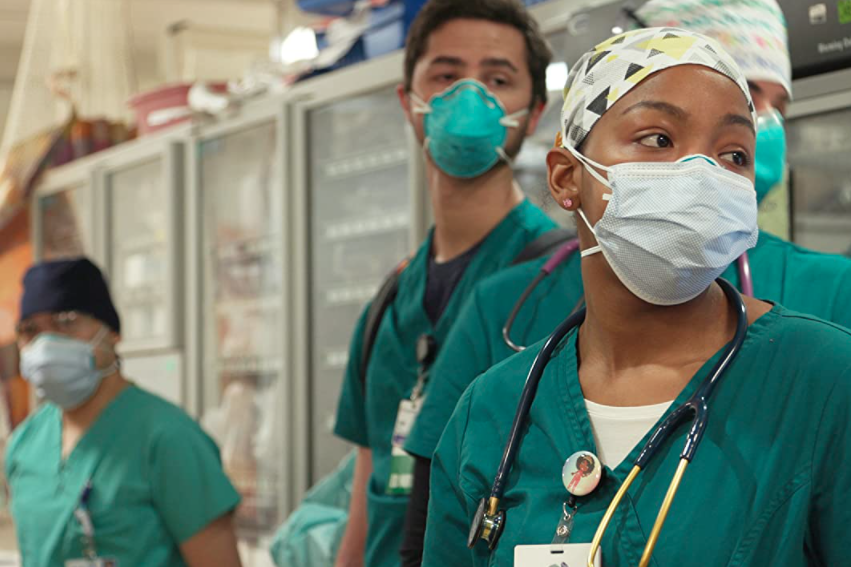 'In Case of Emergency' Enters The E.R. With Nurses

An emergency nurse sits with her cup of coffee on her porch. She gathers her thoughts and nerve before going to work in the emergency room. Exhausted before her shift begins, she does not know how she's going to get through. Cathlyn Robinson says of her vocation: "It's about as real-life as you can get."

"In Case of Emergency," a moving force of a film, follows 16 ER nurses from all over the nation. The nurses of both sexes and many ethnic heritages include Michelle Lyon and Khay Douangdara in Kentucky, Rabih Saad in Detroit, and Galina Chavez in Dallas. They personify the dedication of the call to care for patients "who allow nurses into their lives in a way they would not let anyone else." The nation's health challenges -- a euphemism for horrors -- fit the battle in the E.R.: opioid overdoses ("no respecter of age or sex"), lack of insurance, and, now, Covid-19. "I've been a nurse for 30 years," says Robinson, "but I never before had five patients die in a day." "Covid just amplified what does not work," adds another nurse.

"We're drawn to the adrenaline rush, the trauma," admits one nurse. They operate like the military, performing triage, separating the patients with sore throats from ones suffering strokes. "Very seldom is it simple," says one. "We catch them when they fall, but we cannot be their primary health care," states another.

Director Carolyn Jones ("The American Nurse"), supported by The Emergency Nurses Association, eloquently slides in vintage photos with current shots of gun shot wounds and of nurses teaching, applying ABCs (Airway, Breathing, Circulation), flying to remote areas, translating, holding patients' hands, acknowledging the dead with "The Pause." The scene of a nurse singing "Country Roads" to calm a fractious man invokes tears. So many scenes do.

"In Case of Emergency" does what a documentary should: it reports on a situation, takes a stand, offers perspective, goes places viewers are lucky to avoid, respects its subjects.  The film -- beautiful and painful -- enforces gratitude for nurses and encourages change.