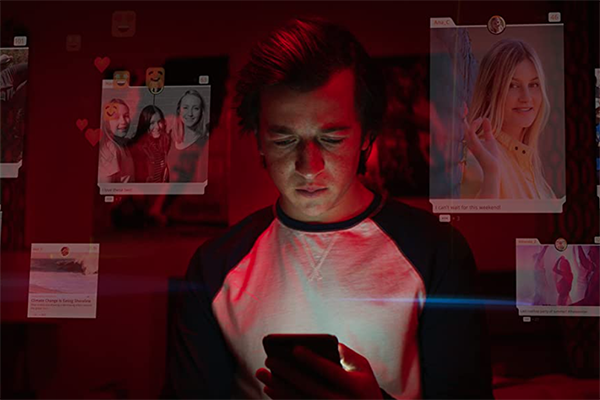 The philosopher Horace declared that poetry's goals are to delight and instruct. The goal of the documentary is to instruct along a bias. "The Social Dilemma" goes one step further: it horrifies. Truly, this outstanding documentary is scarier than a horror film because it investigates truth in social media, and truth terrifies.

Experts in the field propound the dangers of social media. One of the most telling of their strictures is they do not allow their children close to Facebook or Twitter or Instagram. These people know the damage social media does to brains, especially developing ones.

Just glance at the credentials of the earnest, solemn interviewees: Tristan Harris, Jeff Seibert, Bailey Richardson, Lynn Fox, Jaron Lanier, Shoshana Zuboff, and Justin Rosenstein are former executives with Google, Facebook, YouTube, Apple. Some blew whistles over criminal activity, some mapped Silicon Valley, some despair. They know whereof they warn. "The technology that connects us also controls us," they say. "We've created a system that biases toward false information," they assert, "because 'truth is boring.'" "Facebook as a tool of persuasion may be the biggest thing created to control the population." "If we cannot agree on what's true, we're toast."

"What are you most worried about?" Tim Kendall, a former Fb exec. is asked. "Civil War," he says without exaggeration, believable given the facts of divisiveness (see: Myanmar) presented in the film.

As a documentary, "The Social Dilemma" dazzles. Director Jeff Orlowski trifurcates the film into the experts, a family, and wizards (all three A.I. technicians -- advertising, engagement, and growth -- are played by Vincent Kartheiser of "Mad Men"). Orlowski wrote the script with Vickie Curtis and Davis Coombe; Coombe also served as the crafty editor. By switching among facts, a fictional family, and manipulative A.I.s, the writers offer viewers someone, somewhere to hang on to for dear life.

The data cannot be absorbed in one sitting. "The Social Dilemma" must be watched multiple times, not only to admire it as a documentary, but also to understand the science, the technology, the sociology, and the red-lit warnings.