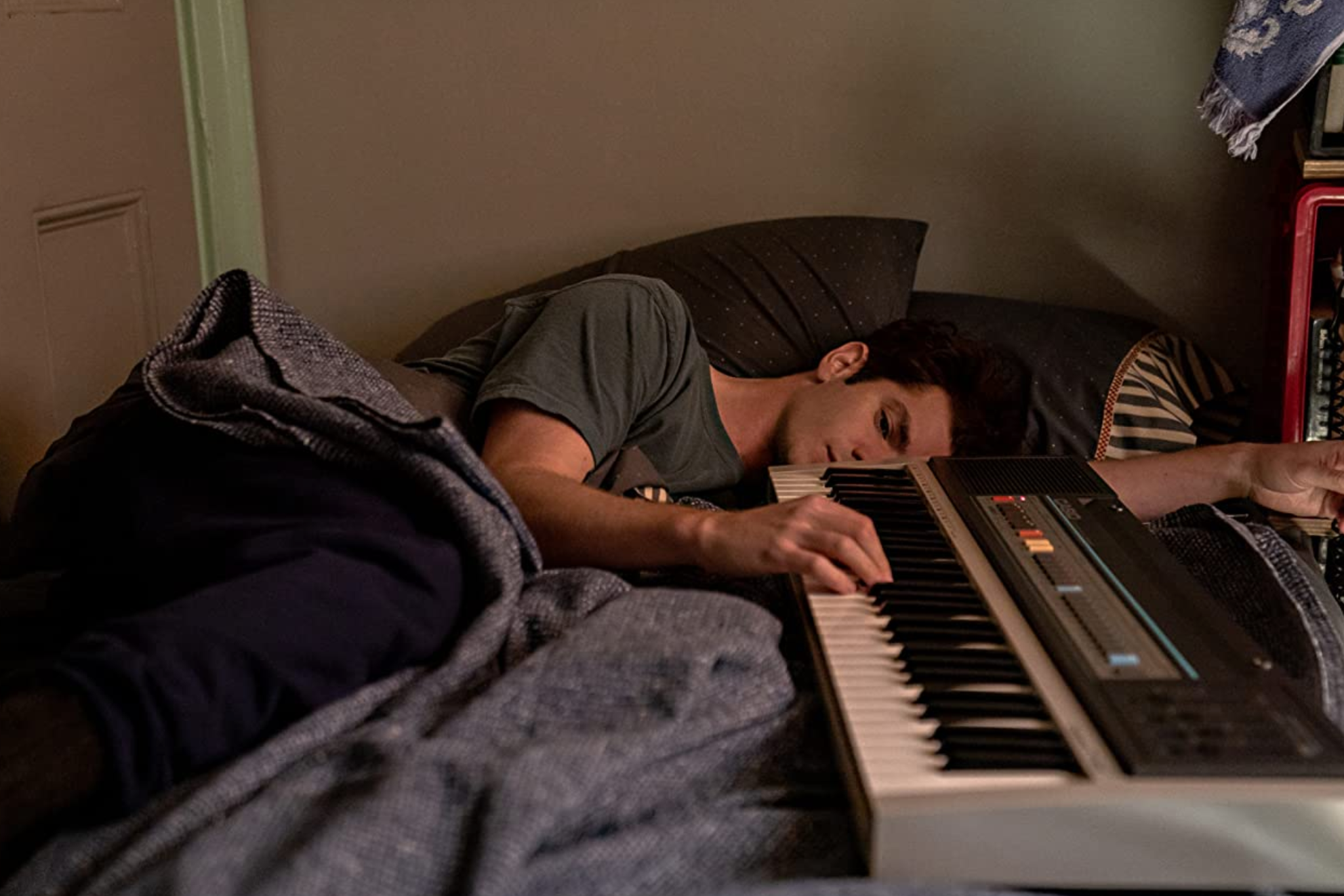 Every teacher has had a student who tried to charm his way to an A by writing about how he couldn't write the paper assigned. "Tick, Tick...BOOM" proves that sometimes it works. This is the Jonathan Larson musical he wrote -- before the phenomenal "Rent" -- about writing a musical. And, boy! does it work!

Larson, who died at 36 the day "Rent" began previews, slaved for decades to make it in musical theater. "Tick, Tick" is about the culmination of eight years spent writing -- that is, rewriting -- a never-produced musical he called "Superbia," a musical version of Nineteen Eighty-Four. Meanwhile, he lived in a cold-water flat five stories up and waited tables at the Moondance Diner. He was cold and he was hungry and he was driven.

His roommate in this musical asks him, "Are you driven by fear or by love?" That is, according to his lyrics, by cages or wings? Larson responds firmly, "By fear." "Tick, Tick" shows that fear. It's always on the face of impressive Andrew Garfield ("Angels in America") as Larson. Larson's fears are not just about success but also about the specter of AIDS, haunting him and cutting down his companions as well as the threats of losing out on love and the severe lack of money. Garfield shows all that on his whole, lithe body.

Garfield's fine work is ably supported by Alexandra Shipp as the dancing girlfriend, the utterly appealing Robin de Jesús, and Vanessa Hudgens, smashing as she duets Larson's song with Shipp. Judith Light accents the role of Larson's agent, and Bradley Whitford plays Stephen Sondheim with panache. The brunch song "Sunday" is highlighted with guest cameos of Broadway's babies, such as Bebe Neuwirth and Bernadette Peters.

They work so well in the directorial debut of Lin-Manuel Miranda ("Hamilton"), who knows a thing or two about success and failure and music. Here, he has to keep the music flowing while the libretto moves forward -- and back, punctuated by the percussive sound of clicks on a word processor. Steven Levenson wrote the wordfull screenplay based on Larson's musical and organized by time for a man near the boom of his 30th birthday and hounded by young Sondheim, who had a show on Broadway at 27.

"Tick, Tick...BOOM" succeeds, not necessarily because of Larson's music but definitely because of the hopeless energy of the endeavor.