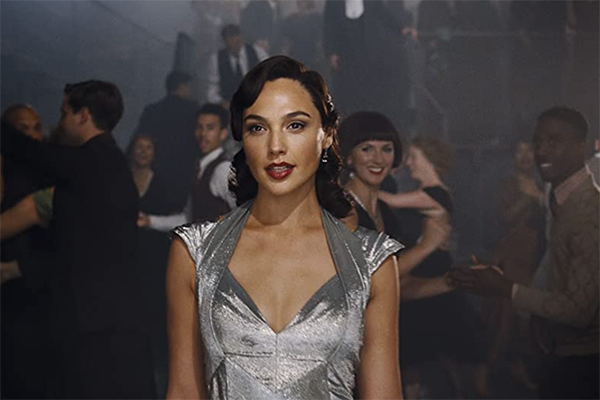 'Death on the Nile' covers the waterfront

Kenneth Branagh does Agatha Christie. Again. After a Pandemic Pause, "Death on the Nile" returns, a follow-up to Branagh's "Murder on the Orient Express." Again, Branagh is behind the camera, directing. When he's in front of the camera, he's behind a mustache that looks like a pergola covered in wisteria.

The opening scene in black and white of this return to the Nile provides the backstory to that mustache. In 1914, Hercule Poirot is wounded in the face so badly that he must needs cover that scar with hair. The mustache becomes his signature along with the ripostes and wit evidenced in World War I. Move to color in 1937. Poirot, now a detective, visits a blues club to listen to a singer belt. Sophie Okonedo stands out as the chanteuse along with Letitia Wright as her manager.

The women appear again at a wedding cruise, wherein handsome Simon (played by handsome, compromised Armie Hammer) grooms Gal Gadot as the beautimous bride, chosen swiftly over Simon's abandoned fiancee. Gadot enters in a silver dress to die for. And her character does -- no need to announce "spoiler alert" since the book and its film versions are legion in popular culture.

In Christie's mysteries, the cast is huge. But also with Branagh's earlier Christie, this cast is reduced to mannequins. The bride and groom actors have zero sex appeal for each other or us. The brilliant comic duo, (Jennifer) Saunders and (Dawn) French, pose, and the wondrous Russell Brand is also dimmed in his turn. Tom Bateman reprises his role as the flat friend from "Murder on the Orient Express." However, Annette Bening produces snark: in a voice like Lauren Bacall's in her Tuesday Morning commercials, she calls Poirot "a ridiculous man." She competes well with Okonedo's zingers, as written by Michael Green, also returning from the "Orient Express."

"Death on the Nile" looks sumptuous with color saturated throughout, supporting Branagh's decision to shoot in  65mm. The drone shots overhead are admirable. The boat itself is worth admiring along with the costumes and the music.

"Death on the Nile" is good for a little nap midway before everyone gathers for Poirot's little grey cells to expose the murderer. Maybe it's time for another story -- say, a continuation of the World War chapter, or more about the singer, or with Brand as the ex-fiancé. There's no mystery left in "Death on the Nile," and that affects the film.