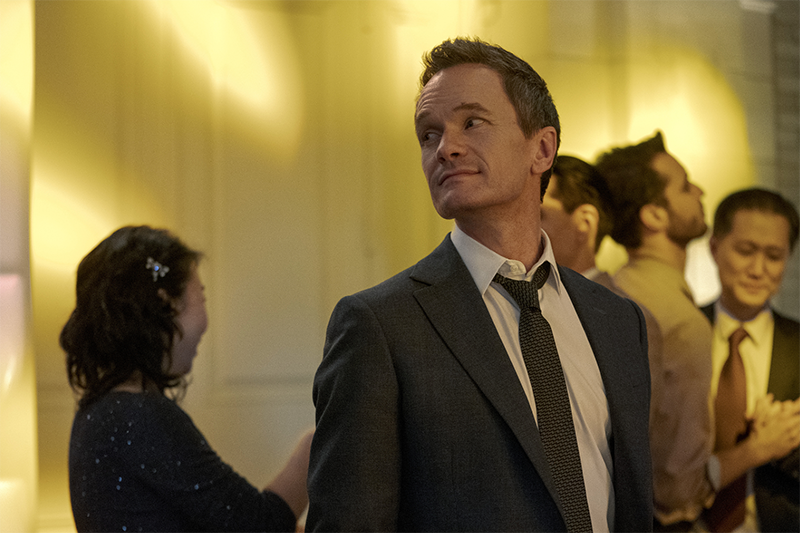 Together 17 years. This couple of men defines marital steadiness, a model for their friends and family. Until they don't. And they no longer model "till death do us part" on the night of the surprise party that Michael throws for Colin on his 50th birthday. Imagine Colin's surprise. Heck. Imagine Michael's.

For the eight episodes of this rom-com, you watch Michael deal with and heal into his new life. It helps that Michael is played by multi-talented Neil Patrick Harris. Harris can show Michael's anger and his angst, his sense of betrayal and his fight for freedom. Or as he says, "Do you have any idea what it's like to be single again for a gay man at my age?" Add his unspoken, "...in New York City?"

New York plays a role in "Uncoupled." just as it did in "Sex and the City" where it was the titular city. In "Uncoupled," it's even more so, for Michael is a real estate agent, so the million-dollar apartments are the chorus line. Tisha Campbell plays Michael's work partner, Suzanne, she of the sassy line and the mommy role, both to her son and to poor Michael. Included in the real estate subplot is the dependable Marcia Gay Harden as his client, a left-behind wife, looking for revenge with a view plus all mod cons.

The cast also includes Michael's friends, not all as buff as he, which reflects reality. The supporting cast of gay men includes Brooks Ashmanskas as the Sad Sack, Emerson Brooks as the narcissist, and André de Shields as the wise, old man. Tuc Watkins plays Colin, but the role is not fleshed out.

They all have to carry the dialogue written by Darren Star and Jeffrey Richman, two long-time television writers: Star for creating "Sex and the City" and "Emily in Paris." Starr is the reason "Uncoupled" resembles those two franchises. Richman wrote and produced "Modern Family," "Frasier," and "Wings." In "Uncoupled"'s early episodes, the script is less than sterling, and though it catches on, the writing hobbles Harris. It never reaches award status, especially with clichés like Michael's with his friends at the local bar: "Three vodka sodas, please. What do you guys want?"

"Uncoupled" honors male bonding as much as it does male bods, many of them naked as a jay bird. It explores modern-day gay life with traditional uncompromising, available sexual encounters -- and now with Grindr. "Uncoupled" is less about solutions for life than set-ups for art, which includes forecasting of season two.