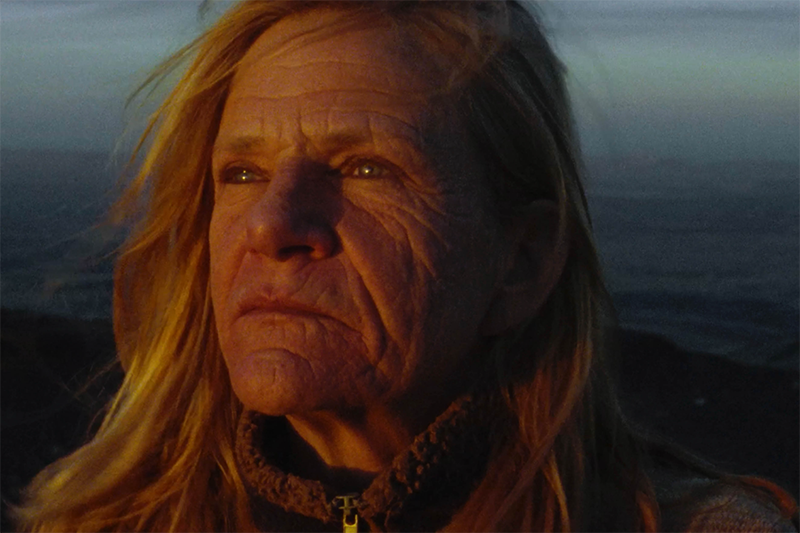 'A Love Song' sings of a woman alone

Faye has been a widow for seven years. She is lonely, still. Her face reads as craggy as the hills. She is encamped on a plain in Colorado, and she dines on what she fishes out of the lake. Faye studies two reference books -- one on bird songs for day and the other about stars for night.

She is waiting at Camp Site No. 7 for an old high school sweetheart, now widowed, too. While waiting, Faye is distracted by other campers. The larky postman rides a horse with panniers full of mail. She has dinner with a couple encamped near by, the one woman hesitating to propose marriage to the other. A quartet of Native Americans would like Faye to move her trailer for a project they have set.

Just when Faye has pulled up stakes, her old classmate arrives with a dog and a bouquet. The two are nervous. Their talk is small at first and then reminiscent. They songs are moody, especially Michael Hurley's "Be Kind to Me." They harmonize.

"A Love Song" is what film buffs call a "little movie." Barely 90 minutes. One setting. One day. No car chases. No heavy breathing. No climax. Not even much dialogue in the script by Max Walker-Silverman. What this little movie has, however, is presence.

The sparkling supporting cast comprises John Way as the courier and Michelle Wilson and Benja K. Thomas as the couple. Dale Dickey and Wes Studi -- usually in a supporting cast -- here, are the leads with her. Studi, a member of the Cherokee nation, has been acting since before he appeared in "Dances with Wolves." Dickey enlivened "Winter's Bone" and is now seen in the television version of "A League of Their Own." She owns "A Love Song," in every scene and theme. The film is being promoted as a love story, but it is a song, not a story. "A Love Song" is about a woman, pure and simple, how she lives, what she longs for, how she manages her life.

Comparisons will be made with "Nomadland" and with "Land," but "A Love Song" stands on its own, especially with its perfect, poignant end. Max Walker-Silverman keeps the camera on Faye's face except when he focuses on desert wildflowers or the lake or the stars. The little movie maintains its own beauty in this moment of song in one woman's life.