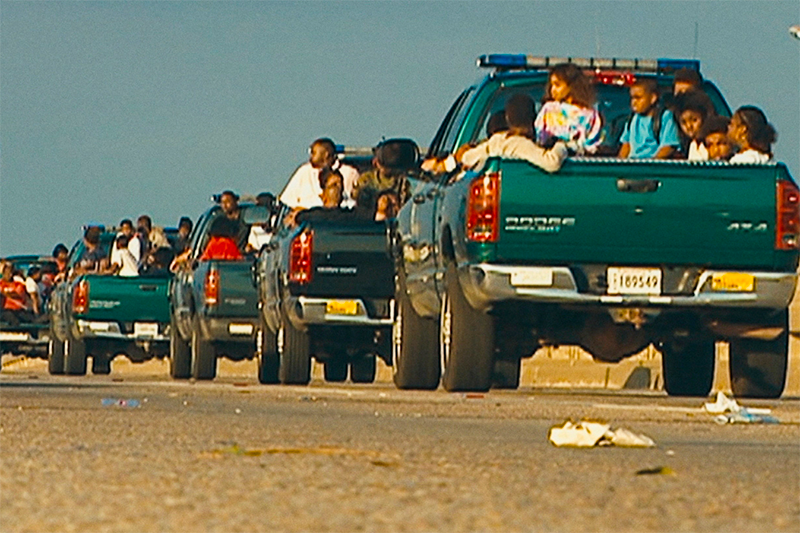 'Katrina Babies' fills in stories of the children

In 2005, Hurricane Katrina hit New Orleans, and the levees broke. Since then, at least a dozen good documentaries have appeared, including Spike Lee's "When the Levees Broke," Carl Deal's "Trouble the Water" and "America Betrayed," Leslie Carde's doc against the Corps of Engineers. Do we need another? Yes. We need "Katrina's Babies," because this moving documentary considers the children.

Countless kids were affected by the roiling waters, the inferior housing, the emigration, the losses. But rarely have they been asked about how they felt. Edward Buckles Jr. addresses the impact on the children and youth who lived through those horrifying days in New Orleans. Buckles, a director who teaches film-making to high schoolers, won Best Documentary Director at the Tribeca Film Festival, a deserved honor. Buckles served "Katrina Babies" not only as director but also as co-writer, co-producer, and cinematographer.

The documentary starts with contemporary newsreels and a reporter grieving: "Everything that New Orleans ever was is in danger of drowning tonight." Buckles brings that generalization into his family by describing the aftermath:  "After losing so much, why didn't anyone 'ax' the children how we were doing? So I am."

He starts with his story. Buckles was 12 when the storm hit. He and his siblings and cousins had congregated at his aunt Tina's house as a rule. To him, Katrina meant "the last time our family got together in that house." He remembers asking an adult, "If everything is under water, where are the people who stayed?" The answer: "They're dead."  "I just started crying," he says.

Buckles interviews his parents, cousins, and classmates. He talks to Calvin, Arnould, Damaris, Cierra, Quintina, and Miesha. Out come pouring the stories of the usual two-hour drive that took 13 hours, of becoming a refugee to Houston but having no counseling at school, of seeing "a world of hurt." One young woman endured two years in a formaldehyde-riddled FEMA trailer, followed by years dealing with the resulting tumor in her stomach.

To add intimacy, "Katrina Babies" plays against subtly effective music. Antoni Sendra's animation adds distance. The documentary records broken hearts but also resilience because, as one counselor says, "We are oral people. It is therapeutic to tell our Katrina story."