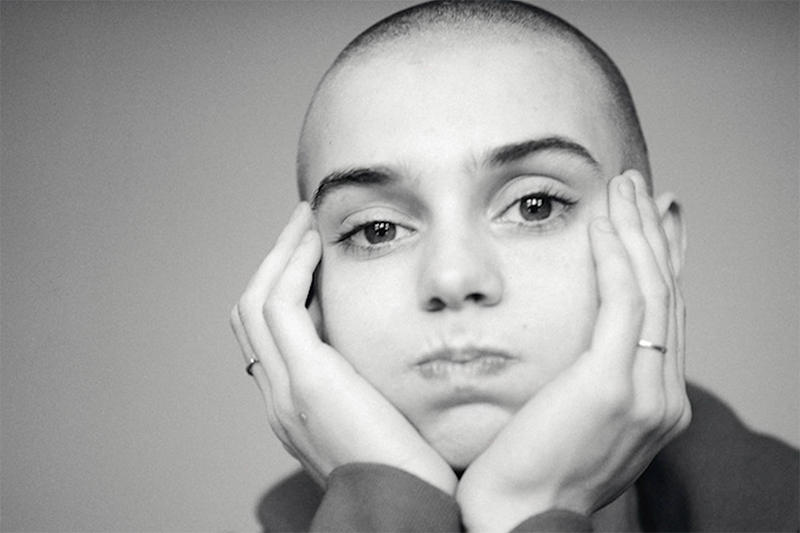 The song, "Nothing Compares 2 U" was composed by Prince. At the end of this profile of iconoclastic singer, Sinéad O'Connor, a title card notes that Prince's estate denied use of the song to the filmmakers. Nevertheless, writer/director Kathryn Ferguson used Prince's title to describe Ireland's rebel.

O'Connor, unfortunately, became well known for but one act of rebellion: on "Saturday Night Live," she ripped up a photograph of Pope John Paul II while demanding, "Fight the real enemy." In this -- and in so many ways, as declared by this admirable documentary -- O'Connor said her piece. Although negatively influenced by the Roman Catholic Church in Ireland, O'Connor was positively influenced by Bob Marley and Bob Dylan. They followed her cello-playing father, who sang "Scarlet Ribbons" to her.

The film reveals O'Connor's trying childhood: music carried her through a miserable incarceration in a care home connected to the infamous Magdalene Laundries. She wanted true care, not this. One thing she did not want was to be told what to do, especially by a man, especially in a patriarchal country. That included having the record company demand she not only wear pumps but also abort her first child.

She also wanted desperately to castigate the sexual abuse practiced by the Roman Catholic Church. Reaction was virulent. A young woman is supposed to be grateful and polite; she is supposed to exploit her looks, especially her crowning glory, her hair. O'Connor famously shaved hers.

The result is that her expressive eyes take the limelight. Another result, as shown in clip after clip in "Nothing Compares," was insulting comments from radio personalities and by celebrities, such as Madonna and Joe Pesci. The end result: O'Connor's star was tarnished; however, her career continued unabated for decades until her recent announcement that she is leaving the music industry.

O'Connor is soft-spoken in interviews. On stage, she screams. In October 1992, when accused of being political, she scream-sang a Bob Marley song, with lyrics based on a poem by Haile Selassie, the former emperor of Ethiopia. "You cannot think about racism without being political," she countered.

What "Nothing Compares" proves is Sinéad O'Connor's courage and integrity. Nothing compares.