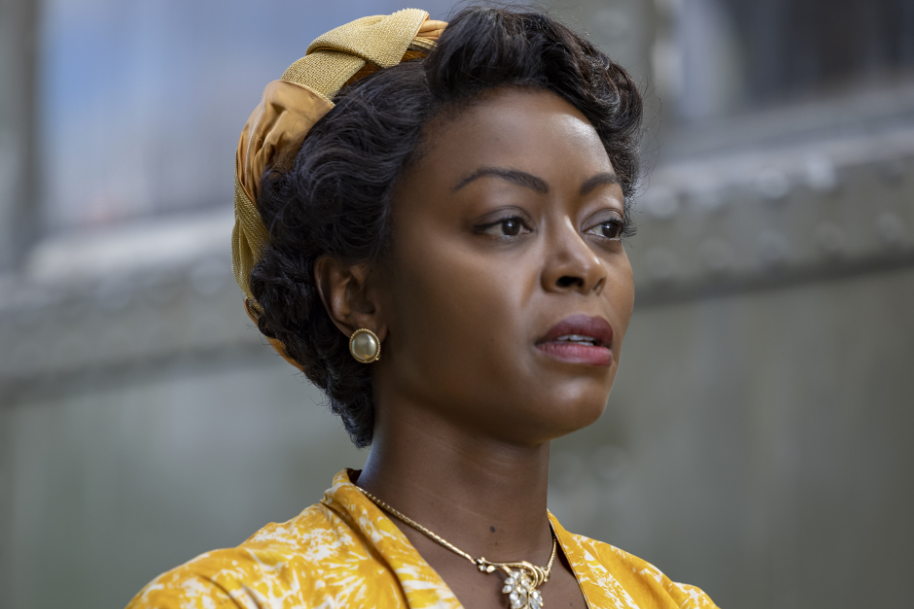 'Till' profiles a woman's grief and resulting actions

"Till" is a powerful movie. Its strength rises not just from the story of racism it tells, for the background story has been told often, and not just from its unique perspective, but also from its stunning presentation in film form. "Till" is about Mamie Till-Mobley -- the mother, the mourner -- more than about her murdered son.

Emmett Till, a boy from Chicago, turned 14 in August 1955. Days later, he headed to Mississippi to vacation with his cotton-picking cousins. His Southern-bred mother does not want her sweet, singing boy to go. "Be small down there," she instructs him.

In Money, Mississippi, Emmett was lynched by white men from the "citizens' council," bent on stopping Blacks from voting. Mamie Till demanded that the boy's bloated, bruised, and bludgeoned body be photographed for the newspapers. "I want America to bear witness," she declared.

Danielle Deadwyler inhabits the role of Mamie Till-Mobley. Never for a moment does she fade or blanche from the camera's concentration. Weeping, waving good-bye to her "BoBo," grasping another mother's hand, or demanding retribution, Deadwyler commands the screen. She leads a cast that includes Jalyn Hall as Emmett, Whoopi Goldberg as Mamie's mother, and Haley Bennett in the unforgiving role of the accuser.

They speak lines extruded from history by Michael Reilly, Chinonye Chukwu, and Keith Beauchamp (Beauchamp has researched the Tills' saga for 25 years). Especially well crafted is Mamie's monologue on the stand, the camera never leaving her face as she speaks of her boy. In 2019, Chukwu directed the unfortunately-little-seen "Clemency" and brings that wealth of experience to "Till."