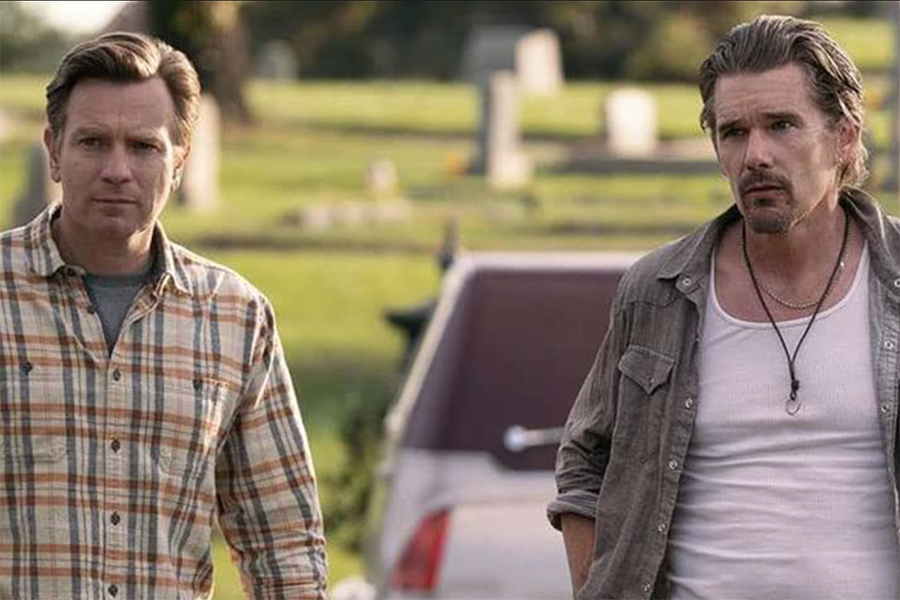 'Raymond & Ray' is far from funereal

Anyone who has suffered a contentious relationship with a relative knows the confusion of a funeral. What does one say after the umpteenth "sorry for your loss" when one is thinking, "Thank God the old gar is dead dead dead"? "Raymond & Ray" addresses contradictions and realities without adding a lot to this sub-genre of tragi-comedies.

It's one thing to attend a funeral of someone you thought you knew only to learn details of that person's life on the funeral leaflet. Raymond and Ray learn about their horrible father at the funeral parlor and in the morgue. Also, at the grave. Their father demanded that his sons attend his funeral and, further, that they dig his grave in exchange for money, which they both need.

These boys are not hard workers. They are addicts, losers, womanizers, drunks, and liars themselves. Like father, like sons. They have no desire to serve Dad, a man who called life "a wonderful ride" but who "humiliated, degraded, and devalued" the sons he named the same. That they dig the grave says a lot.

Raymond and Ray meet their father's landlady and his lawyer, his nurse (Sophie Okonedo), his last lover (Maribel Verdú), and his undertaker. The latter is unctuous and the lover is lovely. In the script by Rodrigo Garcia, the plot seems twisty only at first, then it trips too neatly into stereotype. Still, Garcia's script holds a few deliciously sardonic lines, such as at the classic moment of phallomachy when the sons lift the sheet off Dad on the slab.

More amusement arises from Dad's pastor, played exuberantly by Vondie Curtis Hall. He and the women bring warmth and understanding, but, under Rodrigo's direction, they barely connect with Raymond and Ray, either as actors or as characters. Ethan Hawke strives to give Ray dimensions, from the chill man who flirts with every women to the man red-hot with anger from harboring his horrible father in his head. Hawke, given the chance here to play the trumpet he learned for the biopic of Chet Baker, adds the grit that the whole film needed. Ewan McGregor does handle Raymond, an ordinary shlub, with great cause to hate in a role opposite the extraordinary icon Obi-Wan. McGregor seems lost inside the bland brother.

Rodrigo, the Columbian-born director of "In Treatment" and "Albert Nobbs," too often slid into cliche in writing and directing "Raymond & Ray." The film promises more than it delivers.