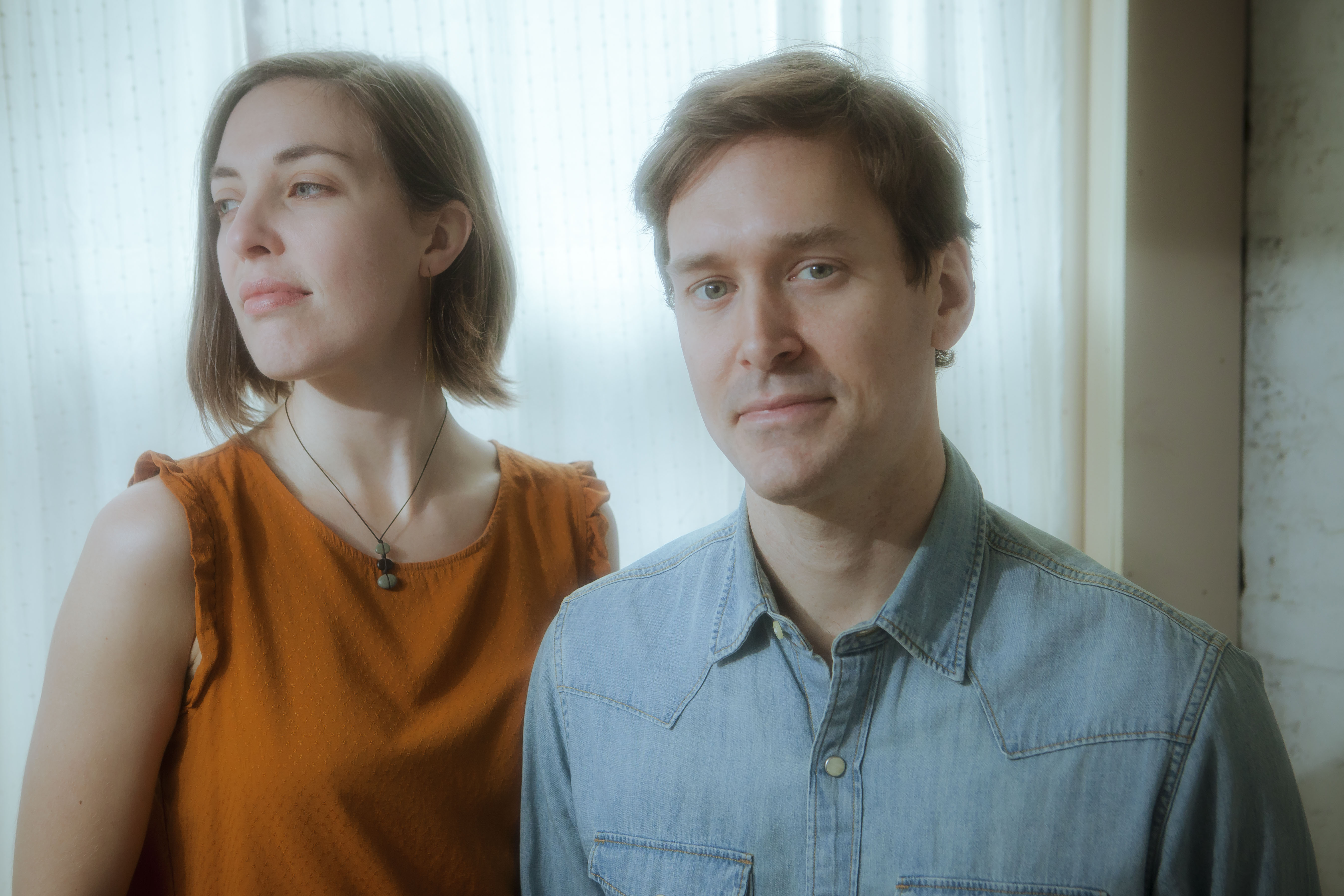 The Honey Dewdrops Want to Bring People Together

Kagey Parrish, along with his wife Laura Wortman, tour the country as the Americana duo, The Honey Dewdrops. Earlier this month, the pair released their fifth studio album, ‘Anyone Can See.’ The collection of spare, acoustic tunes – recorded and minimally edited to capture the feel of the band’s live performances – tackles weighty subjects like immigration and the proposed border wall, gentrification and the impact of Freddie Gray’s death on the city of Baltimore, where the two currently live.

On the phone, Parrish speaks with the rapid clip and soft, rounded vowels of a native Virginian. More strikingly, he demonstrates a politician’s gift for empathy, optimism, and conciliatory rhetoric. He talks about the ordinary Americans he meets during his travels – men and women who are “worried about the economy, worried about what’s going to happen with their kids, worried about whether or not they’re going to be able to retire or if they will ever be able to buy a house.” Parrish refuses to see the country as divided, preferring instead to think of individuals as existing on a broad cultural spectrum.

When asked if he plans to run for office, he answers with a resounding: “Hell no.” He seems content, for now at least, to spread his message of radical tolerance through music. But he admits that it is sometimes nerve-wracking to perform the new, politically charged material in the more conservative parts of the country. Still, Parrish senses a “hunger for dialogue” and encounters positive responses even among the toughest crowds. As he says: “When artists are honest about what they’re feeling, the work seems to shine a little brighter.”

KDHX writer, KE Luther, sat down with Parrish a few days before the Honey Dewdrop’s April 4 performance at The Stage to discuss the inspiration behind three of his favorite songs on the new album:

More Than You Should Say

The song got started driving from San Francisco to almost Portland, Oregon in a day – which is a hefty haul for sure. And I think we were around Mount Shasta as the sun started going down. Tar Valley is a lonesome place, like super beautiful going through those mountains, but you’re out there with not many other people and a lot of truck drivers.

I just remember coming up with some kind of line, something about the king of lonesome. And the idea started there, by truckers driving all the time. And being in that cab by yourself as the sun goes up and the sun goes down, day in and day out.

It’s lonesome for us being on the road, but at least we have another person in the car. For so many of those folks, it’s just they’re there by themselves, hauling, hauling, hauling. And that’s a lonesome place to be, for sure. So I guess I had images of, if you were in that situation, the conversations you must be having with yourself back and forth.

You know, some of those days, it must feel like the whole world is against you – with traffic and directions not working out and difficulties with the road and some kind of problem with the rig. Just thinking about it right now kind of makes me feel like, that’s just so rough man.

That day in particular [when the song started] was one of those. I think it was a day off, where we were trying to make up some ground and making those travels. And when you’re out west especially, those distances are so far between markets. I love going to California, but man, you get a sense for how big the continent is when you get out in those regions. 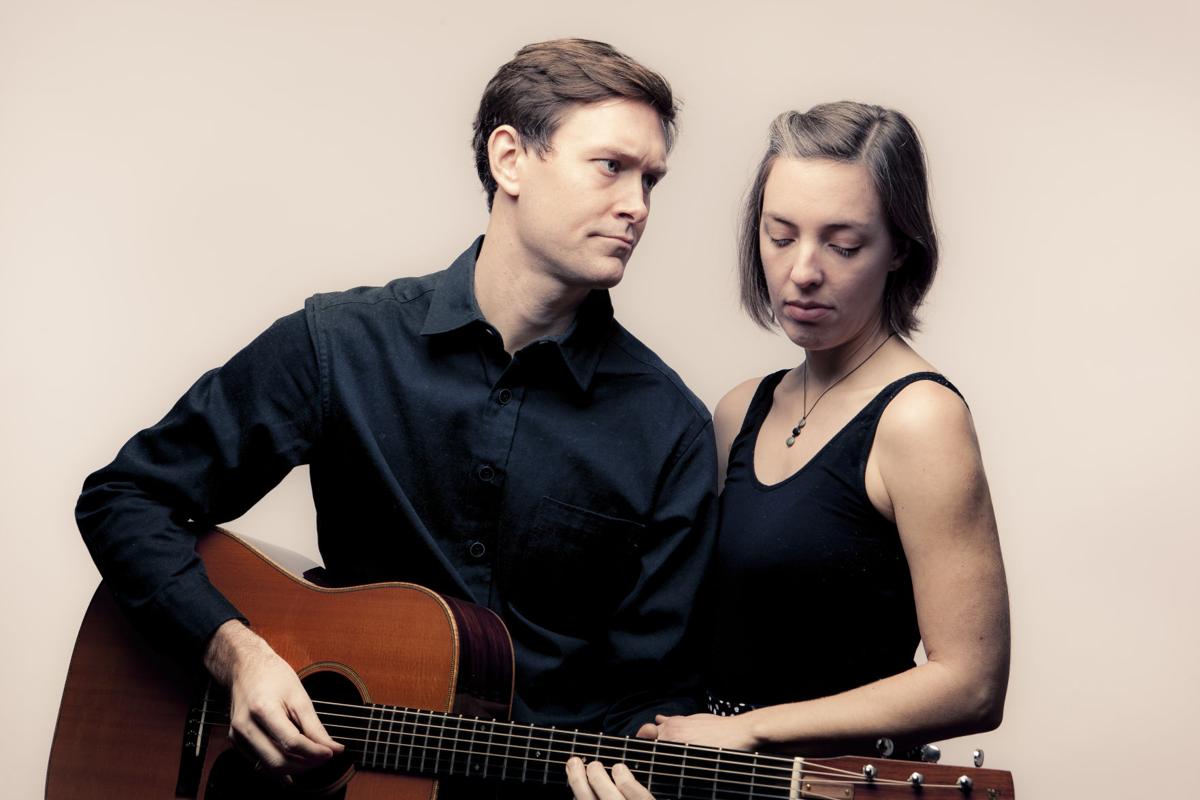 Playing this is just super fun, man. First of all, Hank is the best. And trying to dive into his songs, it can be hard. Those songs, the way that he recorded them, they’re about as perfect as they’re going to be.

We saw Darrell Scott a few years ago at a festival cover this song. It was just him playing guitar and singing. He knocked it out of the park, went for the falsetto parts, and in his way, he made that song his own.

I’ve always loved that song, “Rambling Man.” I’ve always loved to hear Hank do it. And I don’t think I had ever heard anyone else do it. And so, it just sort of got in my head, “Hey. Maybe you should try this out and see what happens.” I definitely wasn’t thinking about it becoming a song we could play or even record. But it ended up being something that was super fun for us to do together. And eventually, it made it onto this record.

Talk about a lonesome song, too. I mean, it doesn’t get more lonesome than this narrator confessing that, against his best efforts and trying as hard as he can, he’s got this thing inside of him that keeps him moving along.

We got to meet Tim O’Brien [the Grammy Award-winning bluegrass musician] last weekend, and we were talking about this song. He feels like it’s a song about addiction. And I think he’s right about that. It sets up the story of someone who desperately wants to change and knows what other people are saying about him, but it’s just not in the cards. I think it’s powerful that way, and it’s been really fun to dive into it.

It’s so hard to not be feeling things that are going on in the world today, especially politics in this country. And without diving too far down that huge, long discussion, I started writing some lyrics a couple of years ago that just started coming out. Some of my favorite songwriting happens when it just comes out in an hour or so, and it doesn’t take a week or a month or a year. And that song was one of those examples.

I knew where it was coming from. I was thinking about a reaction to walls and keeping people out and saying that these certain people are bad and these other people are not bad. But I also felt like I was sort of reporting on the people I’m from at the same time. I think this is true for Laura as well. Our families and the friends of our families, it’s like you could show up at their house and you could be unannounced and there was another place set at the table for you.

We just did a tour in the UK in February and it’s so much of the same thing. Like, “Hey. What do you guys need?” And I feel like that’s something we could talk about a little bit more. Hey, this is who we are as people. We look out for one another. We want to everybody to be okay.

And it’s sort of lost in this talking about walls and talking about immigration and talking about “we should be allowing this kinds of people and not this kind of people.” It seems so beside the point. And that song just talks about, this is who we are for real. And I think that’s an important message to get out there today.