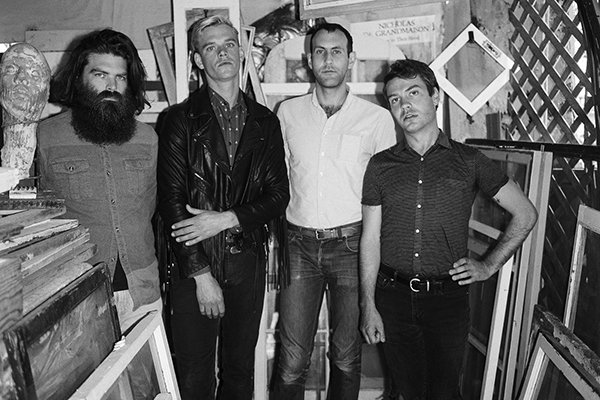 Preoccupations Trek Forward at the Firebird

Before their set at the Firebird on May 24, Preoccupations frontman Matt Flegel described this show as the end of “the nightmare tour of 2018.”

Considering what the band had been through over the past week leading up to this show, he wasn’t exactly wrong. The band revealed on their Instagram feed that their van had been stolen, containing practically all of their gear, merchandise and other valuables while at a tour stop in San Francisco. Since then, the band has started a GoFundMe drive to replace all their gear, which hit its goal right after their stop here in St. Louis.

To put things simply, this show shouldn’t have happened. For most bands, if their livelihood was stolen from them, that’d be it. But Preoccupations aren’t most bands and their love for music and their fans wouldn’t allow them to quit even if the odds were ever so stacked against them. While there was a dark cloud of energy that surrounded the band for most of the show, the band still played their heart out almost like it was their last.

But before Preoccupations took the stage, local band Glued took the stage for a short and entrancing set, putting together some solid, jangly post-punk. Definitely a band to be on the lookout for in the area. Soon after though, Preoccupations took the stage and opened things up with methodical and noisy “Select Your Drone,” the closer of their 2014 EP "Cassette" funnily enough, before launching into Viet Cong’s  “Continental Shelf” and “Silhouettes.” In fact, the set was pretty heavy on material from Viet Cong, with nearly half the set encompassing those songs.

It’s definitely not a bad thing though, as Viet Cong is still my favorite from the band, with songs like “Disarray” from New Material or “Degraded” from Preoccupations not hitting with me all that much. But really, it’s hard to criticize their set considering the circumstances behind it. If this is Preoccupations with mostly borrowed gear, they’ve got to be insane with their sound fully realized. So, let’s hope the next time they swing through St. Louis they’ve got everything back in their proper order.