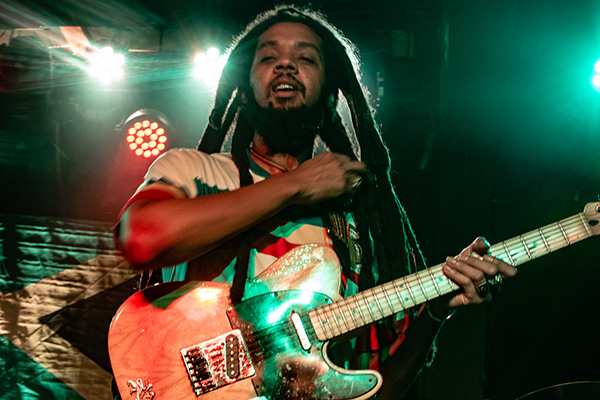 A disparate crowd of mature and much younger reggae and Marley fans, gathered at the Ready Room on Wednesday, July 11 to dance to and listen to the musical staples of Bob Marley and The Wailers’ deep and legendary catalog. The mood was festive, anticipatory, and jubilant.

The Wailers – originally Marley (who died in 1981), Peter Tosh (murdered in 1987) and Bunny Livingston, formed in 1963 and were a vocal trio backed by multiple legendary Jamaican musicians. The Wailers, including as many as 16 different musicians and vocalists at various stages and incarnations of Marley’s recording and touring career, have continued with several original members. The constant original members, lead guitarist and vocalist, Junior Marvin and bassist Aston “Family Man” Barrett, continue to tour and keep the legacy and fire of Bob Marley and The Wailers, burning and vital.

After two great local openers – RATO and Boomtown United, the crowd was sufficiently primed. The Wailers took the stage to loud applause and launched into “Rastaman Vibration” from the self-titled, Island Records, 1976 reggae classic. The crowd surged, swayed, danced, and sung at the top of their lungs.

The satisfying 13-song set and five encores, including classics like “I Shot the Sheriff,” “Jammin’” and “One Love,” satisfied the faithful and left the audience with a collective smile and glow of contentment.

Lead singer and guitarist, the dreaded and gifted, Josh Barrett, not only had Marley’s trademarked dreads, and very similar vocal styles and qualities, but he moved and danced just like Marley did back when the he and the Wailers played stages from Copenhagen to Zimbabwe. Watching him sway and bounce during his heartfelt performance of “No Woman, No Cry” and “Lively Up Yourself,” was a sight to behold.

Also rounding up the powerful lineup were singers Shema McGregor, daughter of I Three Judy Mowatt, and Hassanah, a multi-cultural powerhouse; veterans Owen “Dreadie” Reid on guitar/bass and Noel Davey on keyboards. Drummer Aston Barret, Jr, nephew of Carlton “Carly” Barrett, was a human metronome. He played every beat, cymbal crash and clank of the cowbell, note-for-note. His eyes were fixed off in the distance and he seemed to be in a mystical trance. Reggae, more than any other genre, is built on and defined by the foundation and interlocking of bass and drums.

Encore “Get Up, Stand Up” and the powerfully, political lyrics imploring people to stand up to tyranny and oppression, seemed to take on added meaning during these troubled and turbulent times.

The second opener of the evening, St. Louis’ own Boomtown United, played a tight, ultra-danceable and authentic brand of classic ska music in the vein of British greats like The Specials and Madness. Vocalist Kevin Griffin was in constant motion and a skanking machine. His crack band, including trumpeter Shelby Carter and saxophonist Mike Powers, provided driving punctuation and backing vocals to the tight arrangements. The seven-piece band features a tight rhythm section, piping-hot keys, a monster drummer and outstanding musicianship throughout.

First on deck was St. Louis’ own reggae, hip-hop sextet, ROTA. Their set featured reggae tunes with a poppy, lover’s rock, Latin-feel that reminded this reviewer of Matisyahu crossed with Santana. The Ready Room couldn’t have selected two better and more appropriate openers.

Marley was a true legend. In a world where that word has lost its true meaning, Marley was the real deal. In addition to becoming the face of reggae music and the face embodiment of Jamaica, and becoming a global superstar, Bob Marley left a musical legacy that continues to inspire fellow musicians, songwriters and transfix a new generation of music fans and buyers. Bob Marley and The Wailers’ catalog continues to sell (75 million units) and Marley’s music is heard all over the globe. Just think, somewhere on the globe, right now, someone is listening to, playing, or recording a Bob Marley and the Wailers’ song.

With many beloved musicians dying or retiring, now is the time to see your favorites. One of those bands that belong on your must-see list. The Wailers still faithfully reproduce and deliver searing live versions that are true to the originals. 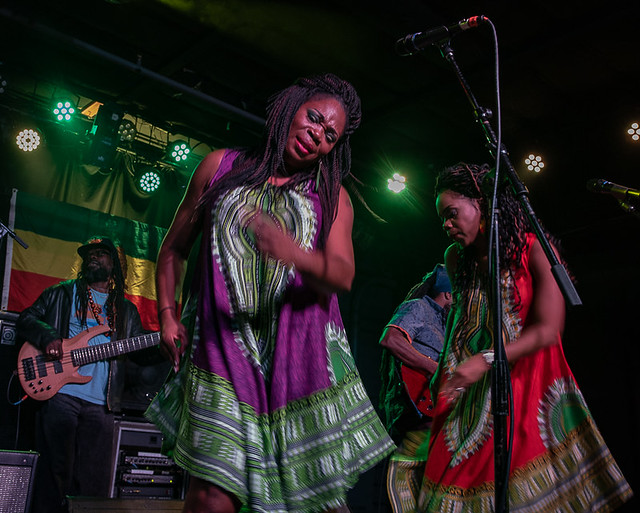 Head over to our Flickr page to see the full set of photos of the Wailers by photographer Doug Tull. 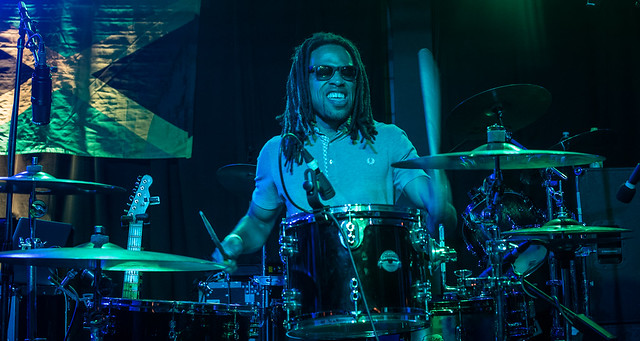 Also be sure to check out the full set of photos of Boomtown United by photographer Doug Tull, as well!