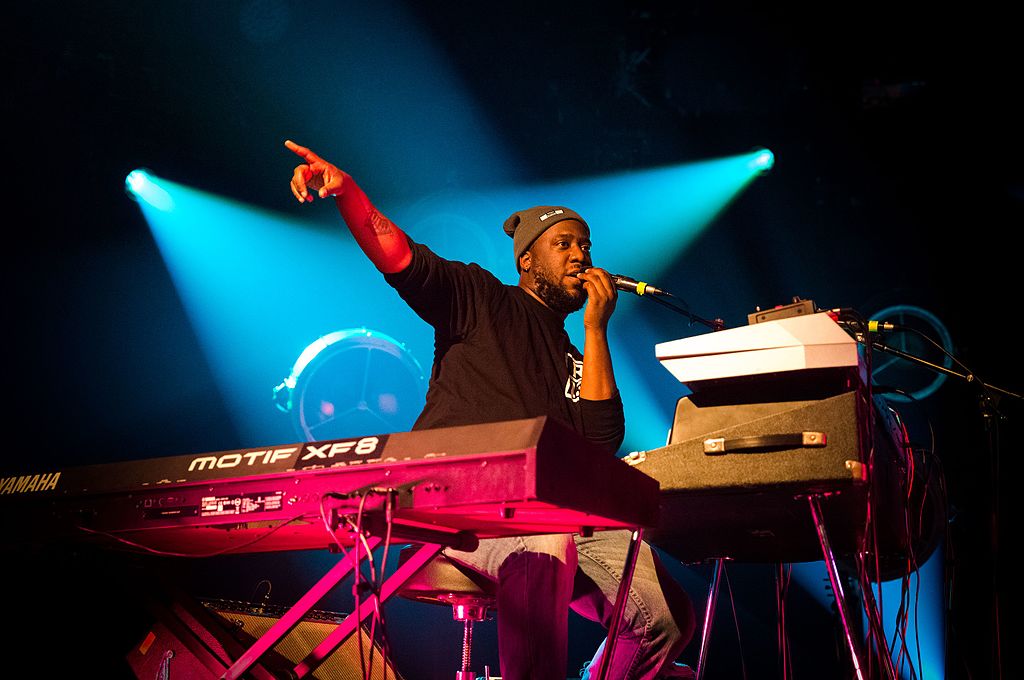 The buzz around Robert Glasper coming to St. Louis was a refreshing hum through the city’s music scene. Glasper, known for his mastery of the piano and for genre-bridging collaborations such as his Black Radio projects – as well as his work with mainstream artists like Kendrick Lamar – is considered on the cutting edge of “jazz.” Before a recent set at Jazz St. Louis, Glasper poked fun at the notion of the term, playfully joking to the crowd that he and his band were going to play some “jazz music.” All this is to say that describing Glasper’s work through the lens of conventional genres is more limiting than accurate.

I was able to catch two of Glasper’s ten sets at Jazz St. Louis and his repertoire drew from classical, R&B, hip hop and more. The artist earned his formidable reputation in part due to his live renditions of hip hop numbers by legendary producers like Madlib and J. Dilla. He displayed this talent in St. Louis, at one point playing the piano like he was chopping a sample and causing the entire instrument to shimmy back and forth as he shifted his weight to the beat. Overall, the shows were fluid, weaving between songs, interludes and even musical jokes. The effect created more of a comprehensive experience than the classic notion of a concert, where an artist is locked into the perception of how a piece sounds and tries to replicate the same version each night.

Every set was either sold out or close to it. The crowds were diverse and engaged – a factor that only improved the energy of the audience. Heads were nodding throughout. People sang along. At one point, a woman played air piano, her motions perfectly in sync with Glasper’s hands. The vibe in the room matched Glasper’s demeanor: relaxed. He wears t-shirts and hoodies to perform. And he walked onstage eating a piece of peach cobbler baked by the mother of trumpeter, Keyon Harrold, a St. Louis native, friend and frequent collaborator.

Both performances I caught began with Glasper talking to the audience, joking around and taking his time. There were familiar landmarks in each set, including popular compositions like “FTB” and “Calls” (which features vocalist, Jill Scott, on record). But portions of the shows were improvised, both as a band, with Vicente Archer on upright bass and Damion Reid on drums, and as soloists.

One show featured DJ Jahi Sundance on the turntables, who tastefully played vocal samples over the music. The highlight of that night came about halfway through the set, during Glasper’s tune “I’m Dying of Thirst.” As the band created a somber but hopeful backdrop, Sundance queued a sample of children reciting the names of black victims of police brutality. Shortly after the list, the same young voices gave their own optimistic statements on what it means to be a person of color in America. As one noted, “I really enjoy that we’re all different people that are really special. I feel proud to be brown every day. I enjoy being brown...you have to be happy with who you are.”

At first, I didn’t realize how important it was for Glasper to bring his music to St. Louis. To experience the work firsthand was to encounter a musical reflection of our current cultural landscape. The world of jazz is often a close-knit community, and while that energy permeated the crowds, the performances also brought St. Louis together for some much-needed artistic nourishment.