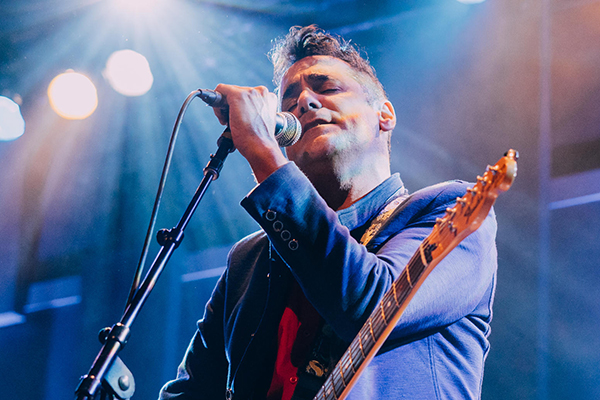 The Mad and the Faithful: Devotchka at Fubar

Full disclosure: I missed most of this show because my face was exploding with mucus, and thanks to an antihistamine taken just before arriving at FuBar, I nearly fell asleep standing up. But I managed to stick it out for the first five songs – a couple of old favorites plus two from the newest record that I didn't recognize.

I did, however, catch the entire set from Neyla Pekarek, the opening act whose album cover reminds everyone that she's formerly of the Lumineers. (Remember that "Hey, ho!" song?) She's got pipes, amazing hair and an interesting schtick for a record: the songs are all about Rattlesnake Kate, a legendary Coloradan who killed 140 rattlesnakes to protect her young son, then fashioned a dress from their skins.

Ms. Pekarek herself shucked the flowery housedress she was wearing at the beginning of the set to reveal, underneath, a faux-snakeskin costume, to much hollering from the gentlemen in the crowd. I couldn't get into it, try as I might; it was just a little too cutesy, a little too staged, for my taste. However, I'm pretty sure I was the only person in the crowd who felt this way – by the end of the act, the masses seemed enthusiastic.

The better part of an hour crawled by as we waited for Devotchka to take the stage, during which time the antihistamine dragged me further into the abyss without actually doing anything to curb the avalanche of snot pouring from my nose. I took to leaning against the be-postered wall of the FuBar, clutching a damp Kleenex to my face. Fortunately, it was dim enough that no one really noticed my nasal distress. 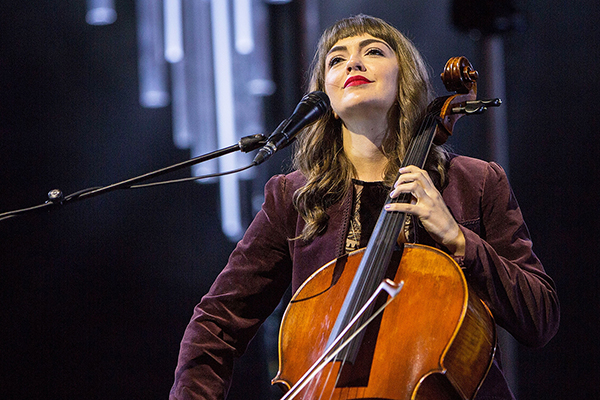 At last, Devotchka entered to great fanfare and launched into "The Alley" from '100 Lovers' (which is probably a low estimate for the number of women who undoubtedly throw themselves at lead singer Nick Urata in a given night. Zing!). The man is older and a bit more filled out than I remembered. But the last (and only) time I saw Devotchka in concert was over a decade ago in New York, following the Coney Island Mermaid Parade. (It's still one of my favorite concert memories: a group of mermaids, all playing accordions, waddling onstage to assist with an encore performance of, I believe, "How it Ends.")

What is Devotchka? My companion was convinced they were Russian. (The word devotchka does mean "little girl" in Russian – or maybe some kind of Russian slang made popular by 'A Clockwork Orange,' a book I personally found unbearable. And no, I haven't seen the movie and don't want to). Devotchka are not Russian or even Russian-adjacent, like from Brighton Beach or the Trump campaign. They are based in Denver, Colorado, which for the most part produces artists like Neyla Pekarek – western-tinged Americana performed by people in cowboy shirts. The band’s darkly romantic, cabaret-infused tunes with undoubtedly Eastern European influences and heartbroken lyrics seem totally at odds with the fresh mountain air and cheerful sunshine of the Rockies.

To be honest, Devotchka sound exactly like what they are: a band of old souls who are into weird instruments, global sounds, and love songs, and who formerly made a living touring as the backing band for a burlesque revue. Frontman Nick Urata can only be described as “dashing,” with perfectly tailored yet slightly mussed, Italian-looking clothes and a gentlemanly habit of sweeping his wine bottle toward the audience. Multi-instrumentalist Jeanie Schroeder, the lone female in the band, often pins a rose behind her ear as she straps on a giant tuba sparkling with colored lights. Pianist extraordinaire, Tom Hagerman, alternates between the keys, what looks like some kind of weird banjo (but isn't) and several other stringed, noise-making objects only an ethnomusicologist would recognize. But there's no cacophony. The melodies are simple, the instrumentation behind them never overwhelming Urata's lovesick crooning. It's music for people who feel things, or at least want to feel them.

Regrettably, the only thing I could feel after mixing alcohol with allergy medication, then standing for over two hours (I know, I live on the wild side), was the continuous stream of post-nasal drip clogging every hole in my face and a massive headache behind my eyeballs. I stumbled out into the cold, physically ill and emotionally sick that I had mostly missed seeing Devotchka again. (They were scheduled to play St. Louis in October but had to cancel). Though I was pretty sure there wouldn’t be any mermaids this time around. Were there?