Many faces from the local music scene were at Snarky Puppy’s May 19 show, the band’s first St. Louis performance in three years. But there were more than just musicians. On a perfect late-spring night, St. Louis packed the Atomic Cowboy Pavilion for the legendary group that blends elements of fusion, jazz and funk into a one-of-a-kind, genre-defying experience.

The crowd was so large that it lined the street in front of the venue for up to an hour after the doors had opened. The concert hadn’t quite started, yet the venue was jumpin’. Shortly after watching Michael League (Snarky Puppy’s bandleader and bassist) walk from his tour bus through the club’s doors towards the stage out back, I could hear the soulful sounds of a Rhodes keyboard and a smooth voice.

The band’s GroundUp labelmate, Alina Engibaryan, was on stage as the night’s supporting act. She was accompanied by League on bass, as well as two other Snarky Puppy band members – Chris Bullock on saxophone and Jamison Ross on drums. Engibaryan had catchy melodies and tasteful neo-soul, reharmonized chord changes that set a pleasant mood for the evening, gently opening up the audience’s ears for what was to come. 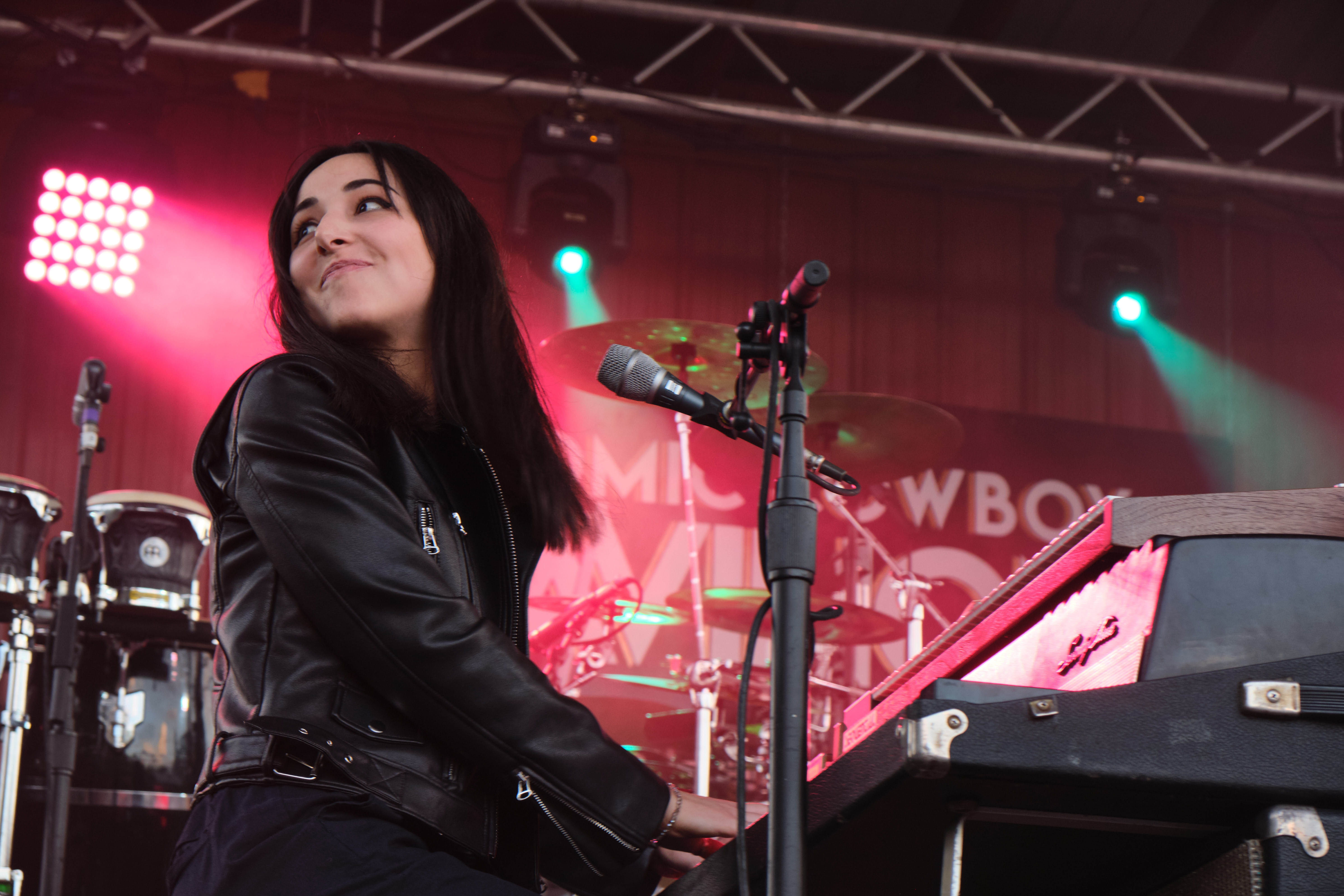 As the sky darkened and the warm day turned into a cooler evening, the Sunday-night crowd awaited Snarky Puppy’s set with eagerness, clapping and dancing along to songs from artists like Buika and Erykah Badu that were on the house playlist. Snarky Puppy took the stage at 9 pm and simmered into a slow, reverberant guitar solo that was a soft introduction to the rest of the evening. It wasn’t long before the band took the audience into their distinctive sonic realm of big sounds and deep rhythms. And it was no surprise that they ascended into the climax of the first tune by way of a synthesizer solo.

The set was a refreshing blend of new material from the band’s latest record, “Immigrance,” and older hits. League expressed to the crowd that he was thankful for their receptivity towards material they had never heard before, recognizing that the crowd was there for a good time, whether they knew the music or not.

The rest of the night was filled with scintillating horn melodies, fat bass lines and legendary solos. Bobby Sparx and Sean Martin were crowd favorites on the clav and synth respectively. At one point, Martin immediately saluted the crowd after a solo, as if introducing himself to the city that had just witnessed him deliver one of the hottest moments of the night. 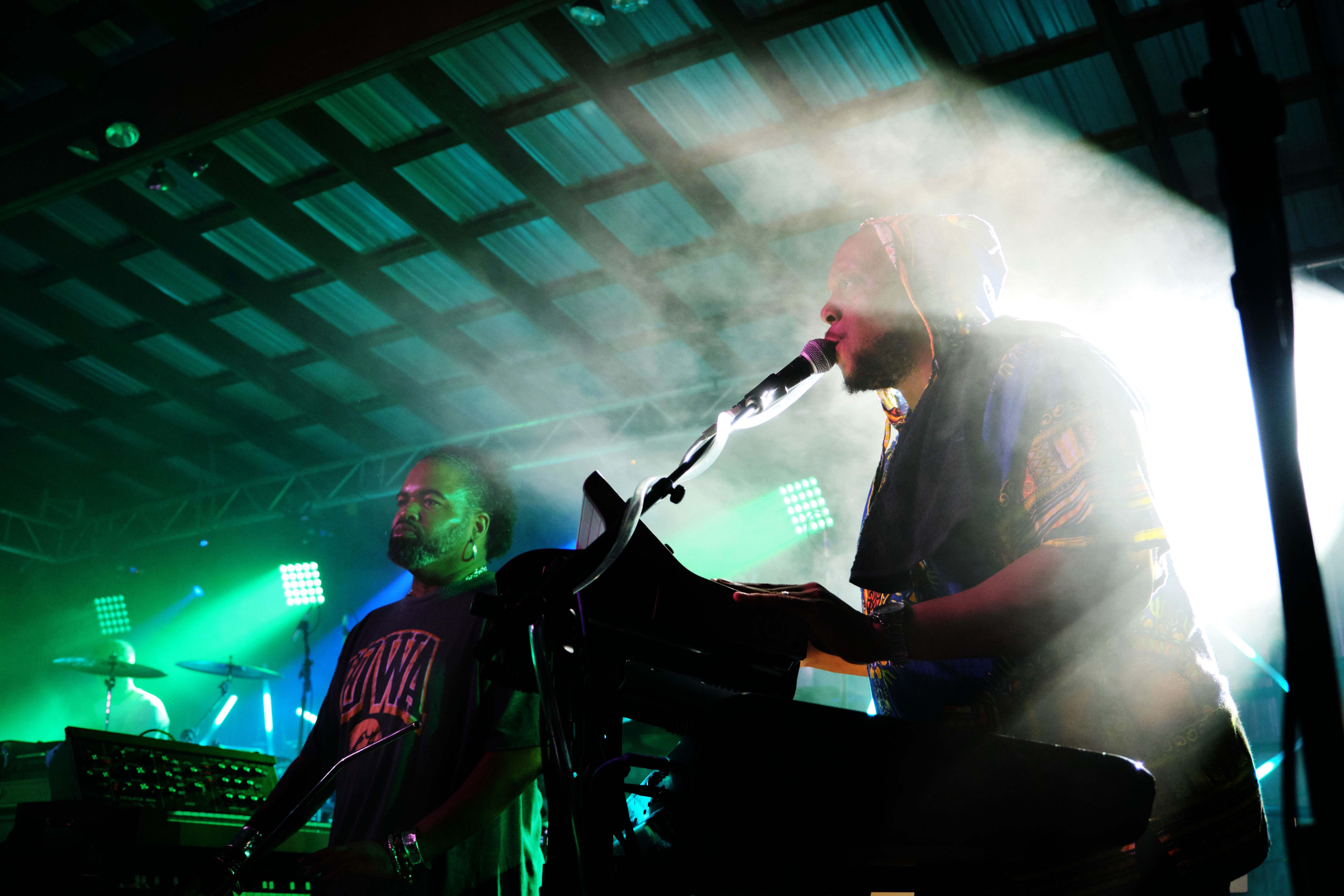 Overall, it was a high intensity, low pressure concert. League acknowledged that the vibe felt like a big block party, and he wasn’t wrong. In fact, the area just outside the Atomic Cowboy was blocked off for the security line, merch tent and a live-screen set up that projected the show to audience members hanging out farther from the stage.

It is safe to say that this was one of the better shows as St. Louis heads into another summer of great music. And luckily for the city, League promised that Snarky Puppy would not go another three years without returning. 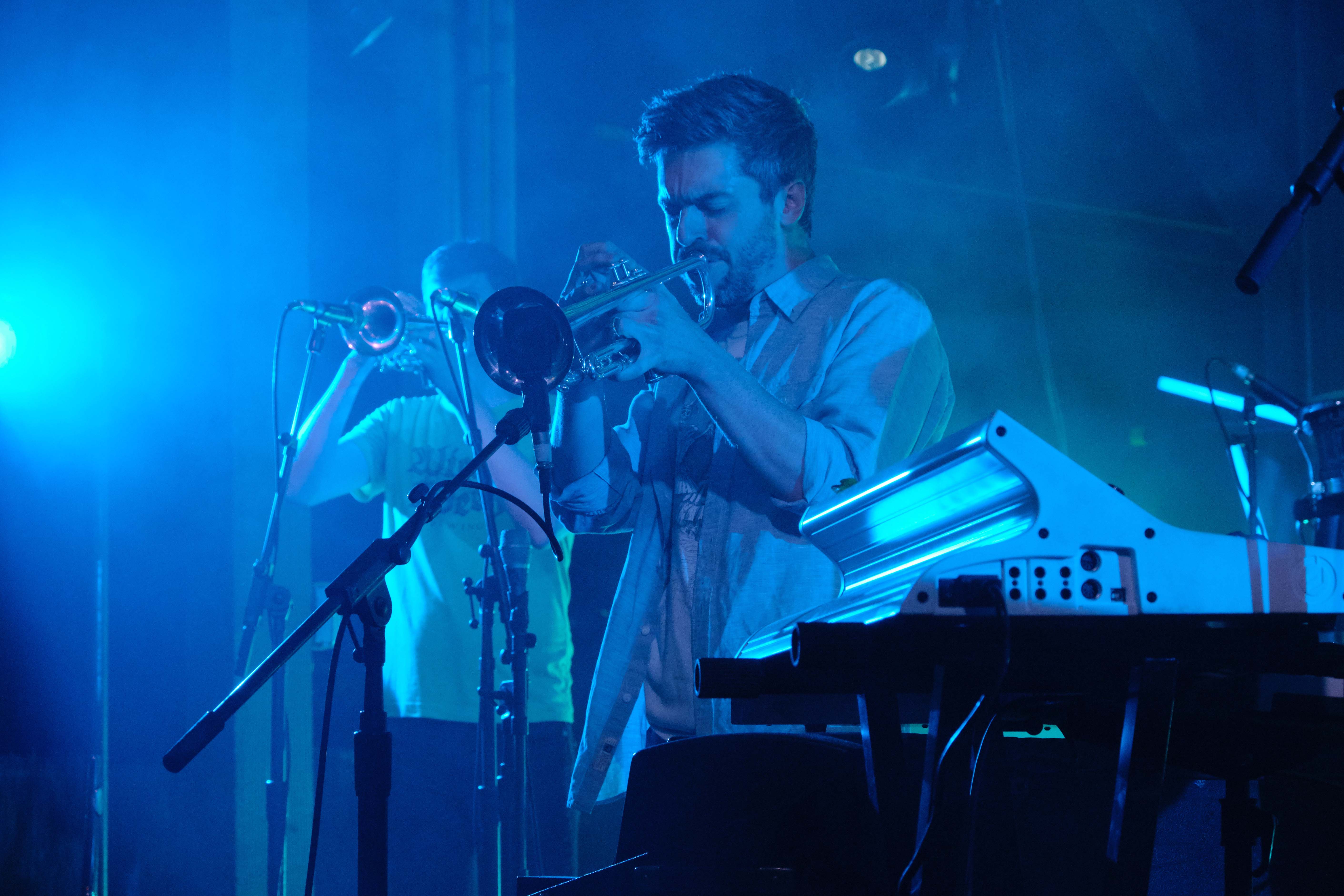