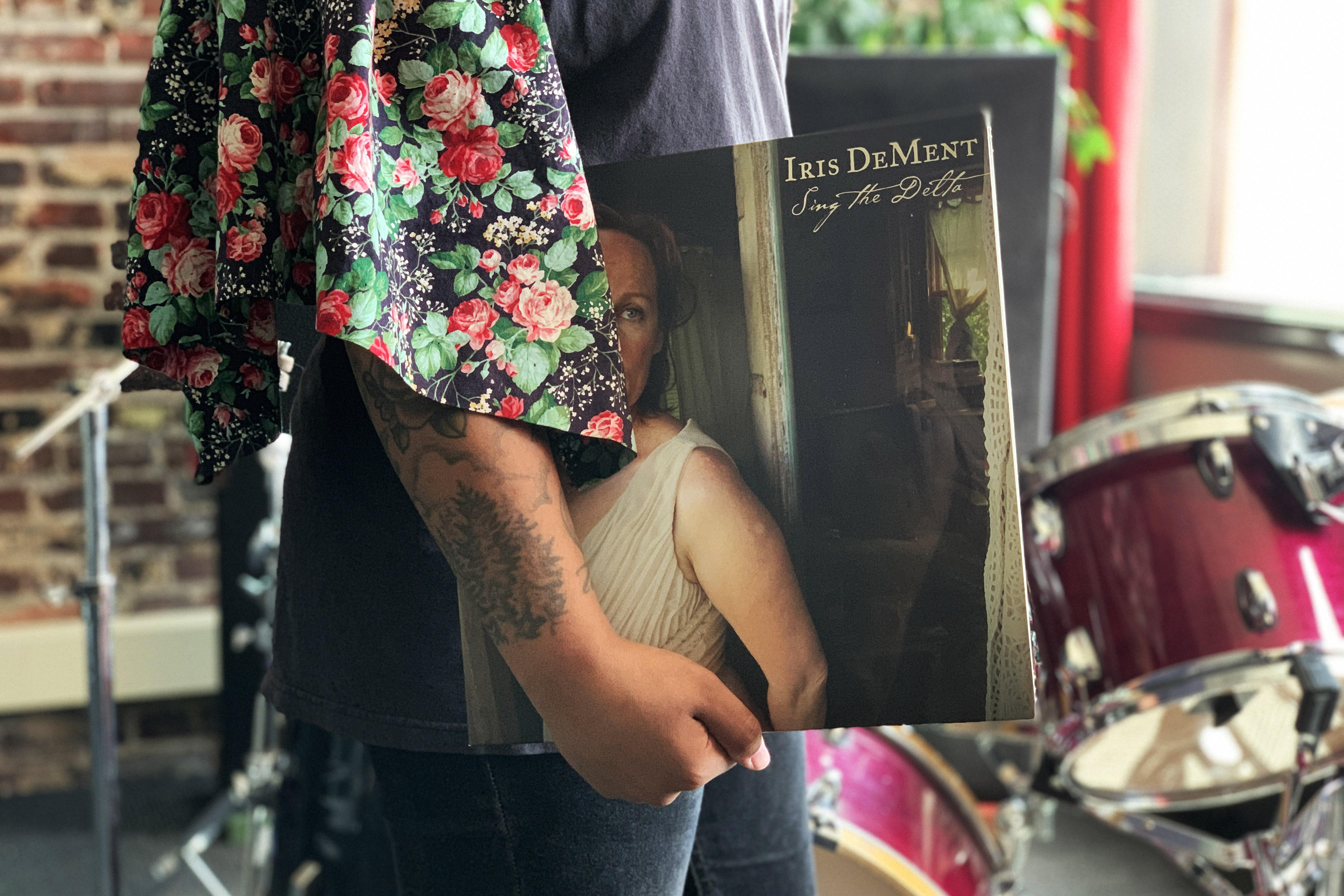 The Transformative Power of 'Sing the Delta'

When it comes to the legendary singer-songwriter, Iris DeMent, I arrived late to the metaphorical party. During the early Aughts, I worked as the manager for a moderately successful, Americana band from East Tennessee. Music critics sometimes compared the group’s female lead singer to Patty Griffin, whose early albums sat alongside those of Emmylou Harris, Gillian Welch, Lucinda Williams and other iconic, female folk musicians in my collection. But the name, Iris DeMent, was rarely spoken, and when it was, only in passing.

In retrospect, this absence was likely a product of both time and place. Unlike many of DeMent’s contemporaries, she never joined the Nashville studio system that, despite its excesses and abuses, nurtured the careers of innumerable young songwriters – preferring instead to live in rural Iowa with her husband and daughter. Coupled with this very literal outsider status was the fact that she went 16 years, at the seeming height of her career, without releasing an album of original material. These factors and countless others, including the cultural tribalism of the South, conspired to make DeMent something of an unknown quantity among a generation of folk enthusiasts.

Then in 2012, DeMent released ‘Sing the Delta,’ a masterpiece of the genre that secured her legacy as one of the best songwriters in American music. Taken as a whole, the album explores the complexities of home and family, especially the ways in which truths – both spoken and unspoken – shape the people we become. But individually, each of the twelve songs function as short stories in the vein of Carson McCullers and Flannery O’Connor. They tell sharp, finely detailed narratives about the darkness and yearning that underpin otherwise ordinary lives.

Perhaps the best example of this style is “The Night I Learned How Not to Pray.” The bluntly confessional lyrics begin: “I was laying on my belly in the middle of the living room floor / I was watching Howdy Doody, so I’m guessing it was right around four / when I saw my baby brother tumbling from the top of the stairs / he was lying limp and silent, and the blood was trickling through his shiny hair.” The song goes on to detail the fallout from that tragic moment, the long journey from grief to acceptance and the fragile innocence lost along the way. As DeMent recalls in the chorus, “I never did tell my mother / I kept it from my sisters and all my brothers / that was the night I learned how not to pray.”

The year that ‘Sing the Delta’ was released, I was at the low water mark of my life. After nearly a decade in journalism, often freelancing for little or no money, I resolved to quit writing and find a more suitable career. I was drifting away from my longtime partner, who led a charmed life as an executive at a Fortune 500 company. And most pressingly, on a deep, psychological level, I was coming to terms with the fact that I was never returning home – to a South whose politics and culture I found increasingly alienating.

The first time I listened to ‘Sing the Delta,’ lying on the dusty floor of my house in South City, I began quietly sobbing, all too aware that I was behaving like the stereotypical Millennial from a television comedy. But I continued to weep, tears streaming into my hair and onto the bare wood underneath, in a moment of pure catharsis. The music reached down and extracted years of pain, isolation and fear, fading the attendant stains in an overwhelming tide of rolling piano and plain-spoken lyrics. As I reached “Makin’ My Way Back Home” and DeMent’s unequivocal take on reconciling with the past, “not since I was a little child / have I felt so good and fine / the easiest thing I’ve ever done / like walking through an open door / all those things that held me down / well they just don’t matter anymore,” the experience was like receiving advice from a particularly brilliant therapist – or a lecture from an endearingly stern mother. 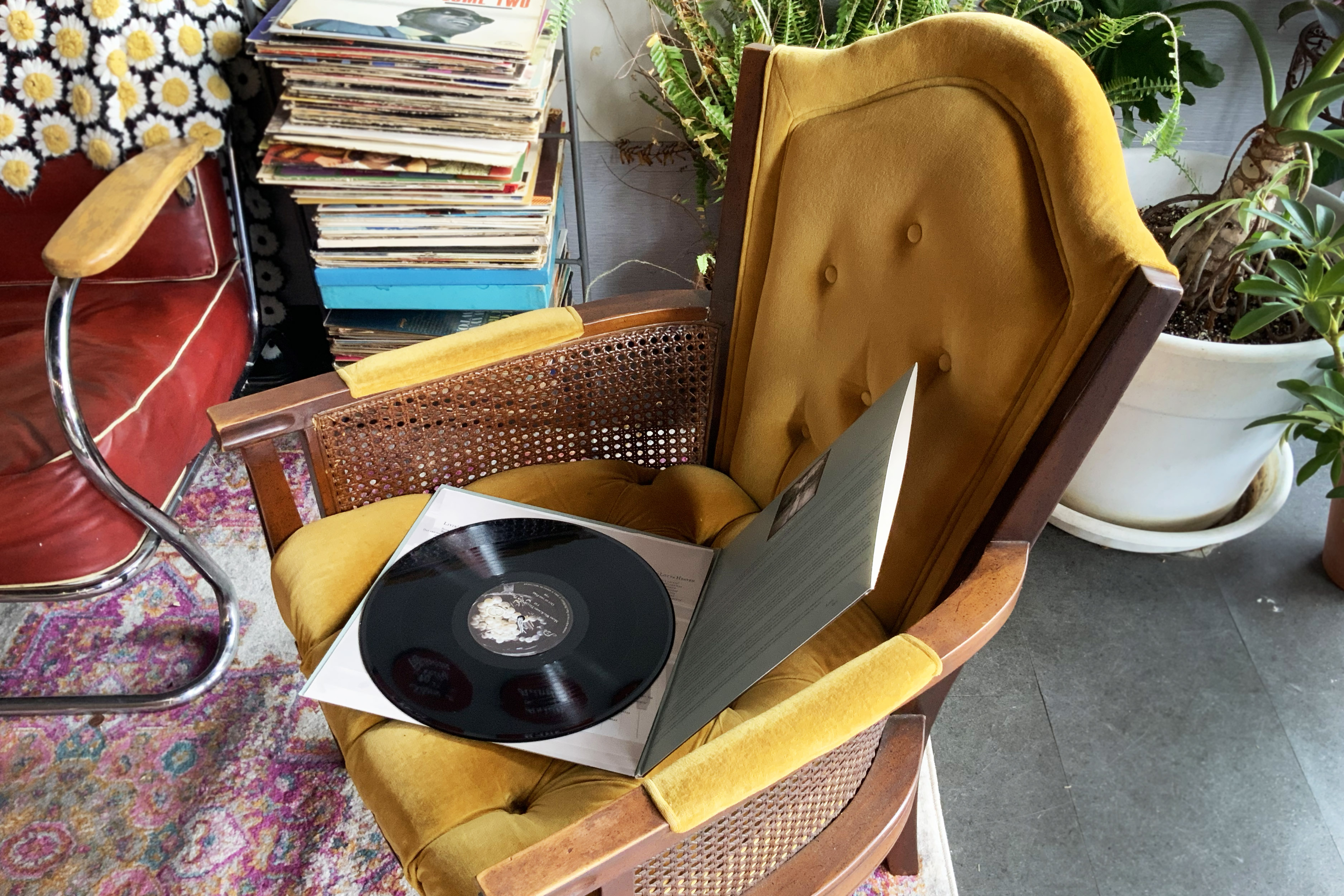 'Sing the Delta,' Side C. Photo by KE Luther.

Admittedly, nothing changed after that day. I continued to struggle as a writer for another decade, never achieving any measure of success. I watched as my partner, who was always my better half, packed up and moved out west. And I remained in the same rented house with the cracked walkway and the peeling paint. Nonetheless, encountering ‘Sing the Delta’ was a transformative experience. Until I heard the album, I was unaware of the amount of history that I was dragging behind me, that was slowing my progress. I began cutting loose the myths and the civilities that no longer served me. And when they once again piled up, I returned to the album to unburden myself. The brilliance of the music is that, while it employs all the conventions of the folk genre: rural settings, salt of the earth characters, and universal tragedies, it remains so singular and so devoid of platitudes that it continues to carry the same emotional weight after repeated listens.

The next time DeMent entered the mainstream consciousness was 2015, when her song “Let the Mystery Be” from ‘Infamous Angel’ replaced the dark, instrumental theme to the HBO drama, ‘The Leftovers.’ The show takes place in a world where 2% of the global population disappears instantaneously and without explanation. And like much of DeMent’s work, it explores the ways that individuals and families cope with tragedy. When the song initially appeared in the title sequence, playing over candid photos, the departed cut out and a constellation of stars shining through the absence, it felt both discordant and strangely on the nose. As soon as I recognized the melody, I laughed.

After a few moments, though, I experienced the same frisson of poignant resignation that accompanied ‘Sing the Delta.’ As the images fade and change, creating a portrait of an American idyll disrupted, they capture what is simultaneously inviting and deeply unsettling about DeMent’s music – in an age that prizes comforting falsehoods over hard truths, she speaks about the human condition with stark, unflinching clarity. She is not an icon but an iconoclast, perpetually disabusing listeners of their certitude. Or as she sings: “Some say once you’re gone, you’re gone forever / and some say you’re gonna come back / some say you rest in the arms of the savior / if in sinful ways you lack / some say that they’re coming back in a garden / bunch of carrots and little sweet peas / I think I’ll just let the mystery be.”