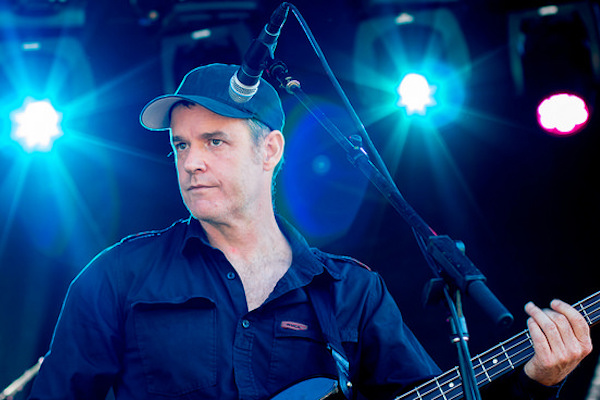 Karate Bikini peel away the pop wallpaper at LouFest, September 11, 2016

Although the reference to Phil Spector's "Wall of Sound" production has been overused and is basically trite at this point, there are some cases where it is the most honest and fitting description of what a band brings to the table. This is definitely the case with Karate Bikini. This is a band who is historically and undeniably rooted classic Beatles-esque pop structure, but from their first record to their fourth album they've continued to evolve. Based on the performances of both the older songs, as well as the new tracks from their upcoming album, Chimera, they've seemingly morphed into a much larger creature altogether. "The beauty about this record is that everybody has contributed something to this album in terms of material," states Tim McAvin, the band's bassist, lead vocalist, and main songwriter, "so that's kind of the deal with the band. That's why it's called Chimera. It's a mixture of influences sort of stitched together."

At LouFest this past weekend they managed to perform a set that perfectly translated this new group concept to the crowd. "My favorite thing we have going on is I will jump on vocals, Tim will jump on vocals, and we'll sing additional horn parts with what's going on," states drummer Danny Hommes, "and as it stacks it becomes a bigger thing." Karate Bikini pulls off a live set with the feel of a laid back Elvis Costello, the swagger of Bowie, and the multi-lead sing-along / sway-along feel of Modest Mouse. They start powerfully and never seem to falter, with so much confidence in each other that they're able to let everything fall apart on purpose as a means to push the limits of dynamic variation a little further -- only to put it all back together in an instant.

"One of the things that does hold all the different music together is kind of a simple but strong melody -- that and structure," says McAvin, "Even though we have so much freedom to play, the songs are still tightly structured pop songs." With this at the core, there's plenty of backbone to carry both the loud and the lilt that Karate Bikini has to offer. "It's probably the most creatively free environment in a band that I've ever been involved with. Anyone can throw an idea on the table and most of the time we just let it stick," states Hommes. This practice has provided a well-organized mesh of influences to come together and create a new sound. The band can play the blues and crank out the rock, all while gobs of pop oozes from its pores.

Both in through it's sound and through it's art (designed by local artist and KDHX DJ Cat Pick), Chimera is a Frankensteined menagerie that serves as a perfect metaphor for the band's latest effort which was born out of the willingness to listen and work together. "That's what the next record is," states McAvin, "It's different, a much more diverse album from what we've done in the past. The previous records have been fairly focused, Chimera has a lot going on in different ways." That's a tough feat to accomplish correctly. But Karate Bikini is not just making it work, they are seemingly thriving within this lack of limitation all in large part due to the sincere friendship and trust among mates. "I would say that more than any other band that I've been in -- this is a family band," states guitarist John Horton, "We've known each other for a long time. We all love each other, brothers and sisters."

Click below to see more photos of Karate Bikini's performance at LouFest. 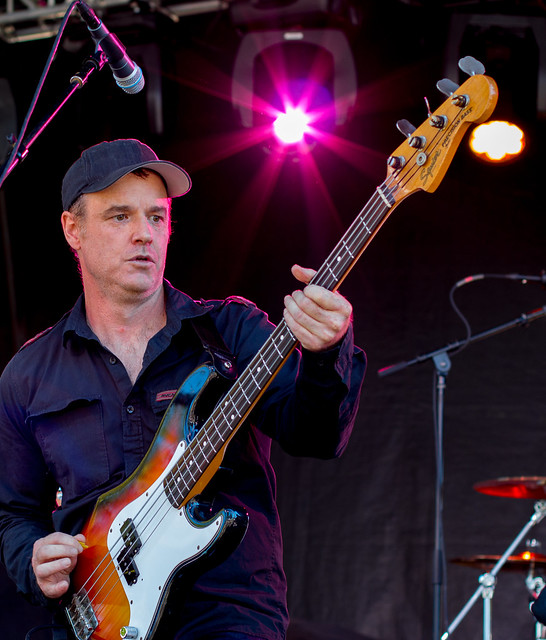