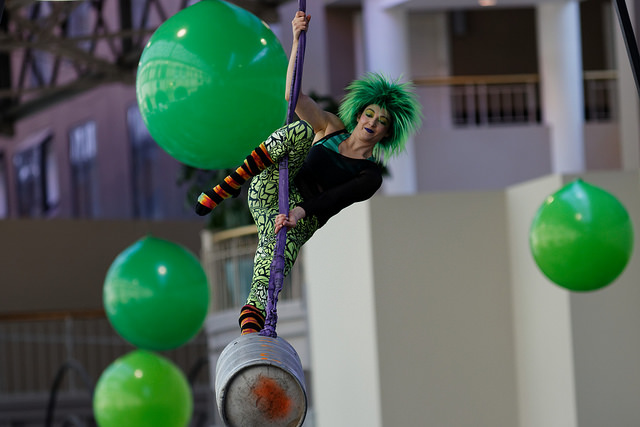 On Saturday, April 1, 2017, 4 Hands Brewing presented its Sixth Annual Lupulin Carnival. This was the first year the carnival was held off the 4 Hands campus, and Union Station made an ideal setting with beer vendors stretching from the outdoor plaza through the West wing of the former mall space — transformed into a giant beer hall for the occasion. Lupulin was once again a sold-out affair and among the crowd, I met folks who had traveled in from Colorado and North Carolina to experience it.

This was my first Lupulin experience, and having previously checked out other marquee beer festivals in St. Louis, the Heritage Festival, Microfest, and— my personal favorite — Indihop, Lupulin offered a refreshing take on the festival model with a hybrid indoor-outdoors set-up and carnival rides, a line-up of shake-your-tail-feather bands, and an assortment of side show-style acts spreading merriment throughout the crowd. It helped that the St. Louis weather gods smiled on the event with lots of sunshine and temperatures requiring merely a light jacket.

Due to a  snafu with an Uber driver and a lengthy line at the gate (the volunteers did a great job of keeping this moving), I arrived as Miss Jubilee was taking her bow. The first vendor I happened upon, wending my way through the crowd, was local favorite Urban Chestnut, and they served me up a Ku'damm Bock (a Berliner Weiss Bock with a tartness that pleased my sour beer-loving palette). After a lap around the beer hall, I noted Logboat Brewing and Toppling Goliath Brewing Co. boasted the longest lines. I determined to score an accessible sessional to enjoy while waiting in line for a rarer sampling.

Justin Harris and Ryan Griffin of the Hop Shop were on-hand, and I took the opportunity to get their recommendations. Ryan hipped me to Mikerphone Brewing's Smells Like Bean Spirit (a rich and savory Imperial Breakfast Stout) while Justin recommended Lagunitas' The Waldo Special Ale (unfortunately, the keg blew as the person in front of me requested it).

With what would prove to be my favorite IPA for the day (The Juice is Loose by Transient Artisan Ales) in hand, I ventured out in the sunny plaza and joined a crowd dancing to the funky sounds of The Grooveliner. As the revelers swayed and shook to the soul-tinged beats of the rhythm section, I overheard one jokingly exclaim, "What a terrible Saturday!"

Bumping into my neighbors Robin and Ryan, I learned there was no line for the carnival rides and ventured off that way. The view from the top of the Ferris Wheel was truly majestic with the skyline of St. Louis peeking up above the iconic architecture of Union Station. I'm also happy to report that riding a potato sack down a "Super Slide" seems to have lost none of its childhood magic.

It was time for sustenance and Lupulin Carnival's food truck row served up many tempting offerings. Farmtruk won out with a Pork Burger featuring a cheese sauce made with 4 Hand's newly released Warhammer. It made for the perfect hearty lunch to fuel more dancing as Hazard to ya Booty took the stage. Their special brand of sexually-suggestive funk with rock and hip-hop highlights proved irresistible to the assembled audience, even drawing in fire-lit hula hooper who wowed the crowd with her pyrotechnic acrobatics.

Back to the beer hall, I found IPAs running the gamut from mildly hoppy (Earthbound's Meteor IPA) to the extremely hop-forward (18th Street Brewing's Twisted Doom). After a quick IPA break that led to the discovery of Blackberry Farm's Classic Saisson (a delightfully  effervescent beer with earthy fruit notes), I grabbed 4 Hand's new Warhammer in the nick of time — getting the last pour before service stopped at 4 p.m.

Joined by assorted members of bands from earlier in the line-up, Funky Butt Brass Band led a second-line through the beer hall out to the performance stage to kick of a revelatory celebration of brass-inflected jazz tunes, rock, soul, and R&B classics. If there's been a finer Saturday afternoon in St. Louis, I have yet to experience it. Lupulin Carnival is primed to become a don't-miss annual tradition.

Click the image below to see all of Bill Motchan's photos from the event. 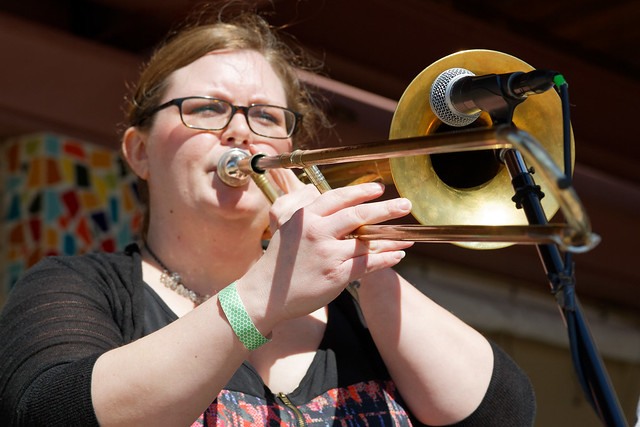