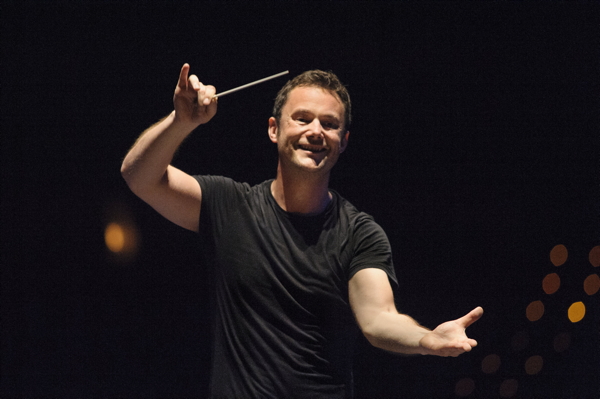 Yesterday I looked at the way Handel's "Messiah" (which Matthew Halls and the St. Louis Symphony are performing December 7-9) started out as an Easter tradition and morphed over time to a Christmas staple. Now I'd like to take a look at an even more puzzling question: Why does everyone stand during the "Hallelujah" chorus that concludes Part 2?

If you've been a classical music lover long enough, you have no doubt heard the story of how King George the II stood when he first heard it at the London premiere in March of 1743, and how everybody else followed suit because, hey, he was the king. It's a great story with only one little flaw: there's no evidence that George II ever attended a performance of "Messiah" at all.

The story appears to come, not from a contemporary account, but (according to Matthew Guerrieri in a 2009 article for the Boston Globe) from a secondhand description in a letter written by James Beattie 37 years later. The story is almost certainly apocryphal, and a classic example of how urban legends originate.

The tradition appears to go back a long way, though. When George Harris attended a "Messiah" performance in 1750 he observed that "[a]t some of the chorus's the company stood up," suggesting that the custom extended beyond just the "Hallelujah." Six years later, another account mentions the audience standing for "grand choruses." In his video series on "Messiah" Andrew Megill, Music Director of Masterwork Chorus, describes a letter written by a woman who attended a "Messiah" in Handel's time complaining of audience members who weren't standing during the appropriate choruses--suggesting that the practice was already fairly well established.

The bottom line, though, is that nobody really seems to know where the custom originated or, for that matter, why so many of us are still doing it. Maybe early audiences were so swept away by the power of some of the choruses they stood up spontaneously and the custom simply caught on. Like the Christmas performance tradition, it seems to be a meme that just won't die.

For anyone attending "Messiah" for the first time, it must seem just another example of the sometimes baffling and contradictory rules of etiquette that go with classical music concerts. But that's a whole different subject.