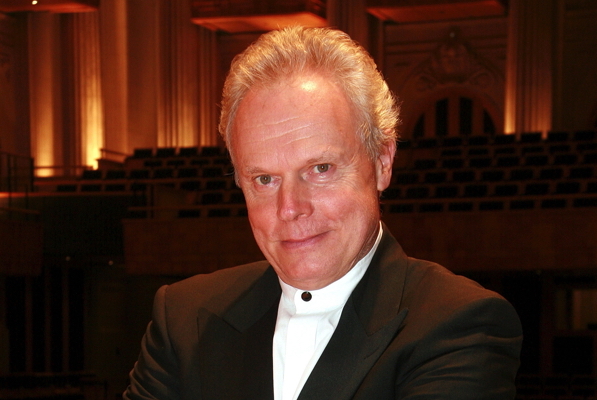 My wife and I have become dedicated travelers over the last couple of decades, but we can't hold a candle to the French composer Camille Saint-Saëns (1835-1921). Over the course of his long and prosperous life, his peregrinations took him all over Europe as well as to England, the United States, and even (in 1896) to Algeria and Egypt.

A musical souvenir of the latter trip closes the first half of this weekend's St. Louis Symphony concerts as pianist Louis Lortie joins guest conductor Yan Pascal Tortelier for the Saint-Saëns Piano Concerto No. 5 in F major, op. 103. As Michael Steinberg writes in his program notes for the San Francisco Symphony, the concerto picked up the nickname "Egyptian" from the composer's own comments about the piece:

Saint-Saëns had written the concerto during a winter vacation at Luxor in Egypt, which has some bearing on the second movement and perhaps the third as well. One of the more notable features of the amiable and unpressured first movement is an allusion to Dalila's gorgeous aria "Mon coeur s'ouvre à ta voix" from Samson et Dalila. Of the second movement, Saint-Saëns himself wrote that "it takes us, in effect, on a journey to the East and even, in the passage in F-sharp, to the Far East." First comes an extended introductory section, much of it like recitative, and then the music settles into a pleasant and serene song for piano and strings. Saint-Saëns said that it was "a Nubian love song which I heard sung by boatmen on the Nile as I myself went down the river in a dahabieh." The F-sharp major music to which he refers is the pentatonic melody, delicately scored and including the occasional distant vibration of the tam-tam. Some of the orchestral detail in this colorful piece will remind us of the most famous of all "Egyptian" compositions, the Nile scene in Aïda.

The sound of that second movement is so exotic that pianist Steven Hough once wrote a tongue-in-cheek explanation of how to achieve it for the April Fool's Day, 2012, edition of his blog at the Daily Telegraph. It's worth reading.

The "Egyptian" concerto hasn't been heard on the Powell Hall stage since 1977 by the way, so this is a rare opportunity for local classical music lovers to catch it live.

The other big work on this weekend's bill is an old favorite: Mussorgsky's Pictures at an Exhibition, last performed here in January of 2013. It too was inspired by a trip, but in this case it was just to an exhibit of work by the Russian artist and architect Victor Hartmann.

Hartmann may only have been 39 when he died in 1873, but he had already gained considerable fame for his inventive uses of Russian folk traditions in his work. He might have remained unknown outside Russia, however, had he not become friends with the equally innovative composer Modest Mussorgsky. Attending an exhibition of Hartmann's works a year after the artist's death, Mussorgsky was so moved that he immediately dashed off a piano suite based on ten of the pictures at that exhibition. Unfortunately, Mussorgsky himself died -- at the age of 42 -- before the suite could be published.

And there it might have rested had not Maurice Ravel been commissioned by Serge Koussevitzky to produce an orchestral version of Pictures at an Exhibition in 1922. The work was a rousing success that guaranteed Hartmann a prominent place in musical history and Mussorgsky a larger share of concert programs than he might have gotten otherwise.

Ravel was not, of course, the first to orchestrate Mussorgsky's suite; that honor fell to fellow Russian Michail Tuschmalov in 1886, the year in which the suite was first published. But he only arranged seven of the ten pictures and the next attempt -- by Britain's Sir Henry Wood in 1915 -- eliminated some of the reoccurrences of the unifying "Promenade" theme, which represents Mussorgsky wandering through the exhibition. Ravel wasn't even the first to orchestrate the entire piece; the Slovenian Leo Funtek pulled that one off in the same year as the Frenchman. Ravel's has, however, remained the most popular of the over two dozen arrangements of the original, for everything from full orchestra to jazz band to (oddly enough) solo guitar.

This weekend it's the familiar Ravel orchestration that Mr. Tortelier and the band will be performing. If you have never heard it before, I think you'll be delighted by the many opportunities it offers for individual musicians to take the spotlight. Ravel is justifiably regarded as an expert orchestrator, and his expansion of Mussorgsky's original is filled with ingenious touches, like the high woodwinds chirping away in the "Ballet of the Chicks in Their Shells," the alto sax playing the voice of a troubadour in "The Old Castle," and the hair-raising evocation of "The Hut on Fowl's Legs," home of the witch Baba-Yaga from Russian folklore. This is music that never fails to please.

The concerts open with a work that hasn't been performed by the SLSO since 1920: the concert overture Polyeucte, written in 1891 by Paul Dukas. Inspired by a Corneille play about a Roman nobleman who converts to Christianity and suffers the usual deadly consequences, it was the composer's public debut, written the year he graduated from the Paris Conservatory. So it's probably not surprising (as Renée Spencer Saller writes in her program notes) that it shows the influence of someone who threw a very long shadow back then, Richard Wagner:

The overture opens with a threnody of low strings and moody woodwinds. Out of this luxuriant gloom, violins scurry; timpani rumble and roar. Piercing silences puncture orchestral swells. Plangent winds hint at the tragedy's romantic subplot. The subtle harmonic shifts and haunting timbres make the Wagner comparisons inevitable, but who cares? Fin-de-siècle Wagneriana doesn't get any better than this.

Too true. It's big, dramatic stuff: real Technicolor, wide-screen Romanticism and, at only a little over 15 minutes, considerably shorter than Corneille's five-act tragedy.