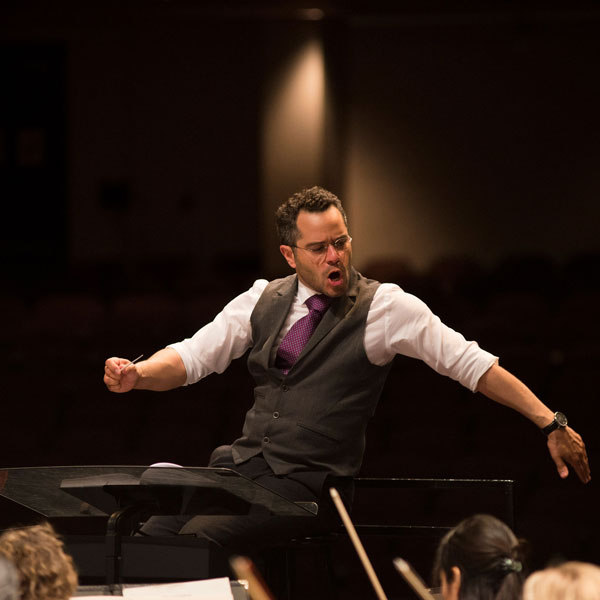 Review: 'The Nutcracker' is a tasty holiday treat at Powell Hall

The St. Louis Symphony Orchestra (SLSO) is giving audiences an early Christmas present this weekend (November 29-December 1) in the form of a thoroughly enchanting complete performance of Tchaikovsky's popular "Nutcracker" ballet under the baton of guest conductor Andrew Grams.

To quote a Noël Coward lyric, "I couldn't have liked it more."

There are, of course, some risks in putting a ballet score on the concert stage unedited. Numbers designed primarily as background for stage action can lack interest on their own, for one thing, which is why many composers prepared suites from their ballets that eliminate those passages. And there's also the danger that audience members who have never seen a performance of the ballet may wonder what the heck is going on at any given moment.

With "Nutcracker," though, the risk is minimal. Tchaikovsky filled even the basic "narrative" parts of his score with irresistible melodies and inventive bits of orchestration that make the music continually entertaining. In addition, the program notes include a detailed enough description of the action to keep everyone on track.

Special lighting design by Luke Kritzeck, Director of Lighting and Resident Designer for the New World Symphony located in Miami Beach, also added a nice sense of theatricality that reinforced the mood of each number without calling too much attention to itself. For the "Waltz of the Flowers," for example, a colorful and vaguely floral design covered the top half of the stage while a green wash (suggestive of stems) filled the bottom half. In the first act, when the children are sent up to bed, the lighting dimmed to a dreamy dark blue. And the "Waltz of the Snowflakes" that ends Act I was accompanied by a blue wash below and animated snowflakes above.

What really made this "Nutcracker" work, though, was the knowing and committed performance by Mr. Grams and the members of the orchestra. Mr. Grams's many years of experience both playing in and conducting the New York City Ballet Orchestra were evident in his perfectly paced reading of the score and his graceful (dare I say "balletic") style on the podium. I was especially taken with the sweeping romanticism of his Act II "Pas de deux" (in which Tchaikovsky demonstrates just how powerful a simple diatonic scale can be), the high drama of the sequence in which Clara's Christmas tree grows to magical heights, and the boisterous good humor of "Polchinelle (The Clown)."

The orchestra was in top form when we attended on Friday night. The sound of the string section was lush and rich, and the many solo passages Tchaikovsky has generously lavished on the orchestra were delivered with sheer perfection. Moments that stood out for me included Principal Harp Allegra Lilly's fluid introduction and Roger Kaza's sonorous horn section in the "Waltz of the Flowers"; the wonderfully detailed playing by Principal Flute Mark Sparks, along with Jennifer Nichtman and Ann Choomack, in the "Dance of the Mirlitons" ("Reed Pipes" in the program); and the combination of Peter Henderson (celesta), Tzuying Huang (bass clarinet), and Scott Andrews (clarinet) in the "Dance of the Sugar-Plum Fairy."

Principal Oboe Phil Ross played a sinuous line in the "Arabian Dance." Trumpeters Tom Drake and Austin Williams were spot on in the high-speed final moments of the "Trepak." There was fine work as usual from Principal Bassoon Andrew Cuneo and Cally Banham on English horn, as well as from the St. Louis Children's Chorus in their short but essential wordless contribution to the "Waltz of the Snowflakes."

I could go on, but you get the idea. This was a big, tasty visit to the Kingdom of Sweets for music lovers. It's a pity there weren't more of them in the house Friday night, where attendance felt shockingly light given the popularity of the music being played and the high quality of the performance.

There are two more performances of the SLSO's "Nutcracker" tonight at 8 and tomorrow at 3 pm (November 30 and December 1) at Powell Hall in Grand Center. As an early holiday treat, it can't be beat.