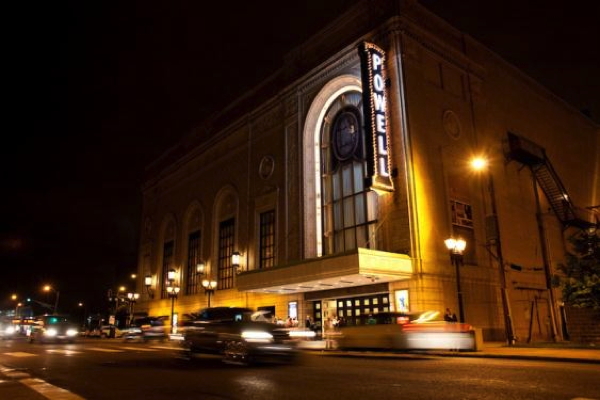 'For me, it starts with a vision': Part 4 of a conversation with Stéphane Denève

The St. Louis Symphony Orchestra (SLSO) may have suspended its current season because of the COVID-19 threat, but the 2020/2021 season is scheduled to go forward as usual. In February, I sat down with SLSO Music Director Stéphane Denève to talk about the new season. Here's the fourth and last installment of that four-part conversation, with minor edits for clarity.

CL (Chuck Lavazzi): What other things in the upcoming season are you really excited about and that we haven't touched on yet?

SD (Stéphane Denève): I have never spent so much time with any other orchestra putting together a season as I have here. With most other orchestras you're just responsible for your own concerts and don't do the rest. But here there's a feeling that you need to address every community. So I'm excited by every program. Because you have to combine so many different ideas and put it all together in a way that makes sense. So I just love every program.

Of course, the two-week "His Story. Her Story. Our Future." concert pair in November is very meaningful. I hope there will be a lot of interaction with the audience on that.

[Note: Per the SLSO press release, "History. Her Story. Our Future." explores influential historical female figures through works including John Adams's "Lola Montez Does the Spider Dance" from Golden Girls of the West, Berlioz's The Death of Cleopatra, Saint-Saëns' Bacchanale from Samson and Delilah, selections from Bizet's opera Carmen, "Dance of the Seven Veils" from Strauss's opera Salome, Schmitt's The Tragedy of Salome Suite, and the SLSO's first performances of Arthur Honegger's monumental oratorio Joan of Arc at the Stake. The festival also will include talks, special events, and additional concerts: SLSO Crafted, Live at the Pulitzer, the St. Louis Symphony Youth Orchestra--all designed to encourage a dialogue with audiences to help understand the past and shape the future."]

One thing we didn't speak about is the number of great soloists next season. We start the season with [violinist] Hilary Hahn and we have big names like [pianist] Leif Ove Andsnes. And we have current friends of the orchestra like [pianists] Emanuel Ax, Kirill Gerstein, and Hélène Grimaud. Also five musicians from our orchestra will be featured.

CL: One name I was especially happy to see on the roster was Beatrice Rana. I saw her at the Cliburn Competition and I thought she should have taken first place, personally.

SD: Well, competitions are always unfair one way or another. But, yeah, she's great. I'm happy she is making her debut here. She is also making a European debut in Brussels. So I will collaborate with her a lot next season. I hope this will be the start of a relationship with the orchestra.

CL: And she's doing the Prokofiev Third Concerto, which is just a beast of a piece to play.

SD: Yes, it's impossible, but she can do it. I recently listened to her recording of the Prokofiev Second Concerto and it's really good. She can really play.

Another thing I'm proud about as well with the next season is that in spite of being so focused on the narrative and the theme there's still something for everyone. There are great symphonies by Mozart, Beethoven's Second and Fifth symphonies, and the Mahler Third. You have the big pieces that everybody loves like Rimsky-Korsakov's "Scheherazade" and Stravinsky's "Firebird." But they're always paired with some new music.

[Note: the program includes 19 new pieces, 18 of which will be local premieres.]

And James Macmillan, who is a friend of mine, is coming here to conduct a program of his own music. So all the big pieces are there but when we do "Scheherazade," for example, we will pair it with a new piece by Tan Dun ["Nu Shu: The Secret Songs of Women"]. It's a very special multi-media piece. It will include Chinese women singing on-screen and interacting with the orchestra and with harp soloist Allegra Lilly. It's a beautiful piece.

SD: Yeah, it is, but Tan Dun is very smart. He knows how to put things together and he's very good with technology.

CL: You were talking earlier about assembling the season. What is that process like? How do you do that? Do you get a lot of input from other people?

SD: It's complicated because every season is a different process. For me it starts with a vision of a general theme. And that theme was very clear for me, as I said before, because it comes from the DNA of the orchestra.

When I got hired, I tried to learn about the orchestra. I read about Vladimir Golschmann [SLSO Music Director from 1931 to 1958, the symphony's longest-serving MD] and the different Music Directors over the years. I read and analyzed every program for the last 30 years just to understand the history. I learned many things and one of them was what happened with equality in this orchestra and how it was definitely a leader in that area. So that's what inspired me for the season.

Then it becomes a complicated process. Some you think of [snaps fingers] like that. And some are maybe great but the soloist you want is not free and without that soloist you don't want to do that piece. Or the chorus can do this piece but not that week and so on.

CL: So, a lot of moving parts that all have to be put together.

SD: It's a jigsaw puzzle for sure. And sometimes it's very frustrating because you dream something and then just one details doesn't allow you to do it, so you have to be creative. So this problem often forces you to think "out of the box," but it's great when everything comes together.

I work a lot with [SLSO Vice President-Artistic and Operations] Erik Finley, my "partner in crime," and also with [SLSO President and CEO] Marie-Hélène Bernard who knows a lot about music and is very opinionated, so we discuss a lot about music discuss all of that together. She lets us be very free but she also has a big point of view so we collaborate.

And then suddenly when a program comes together, it's like "yes!" It's very exciting. You feel like you stage a story and then suddenly, boom, it happens.

I really hope the audience will enjoy each concert and that they will be curious to see the resonance among all the different programs. For me curiosity is key, to have people curious for more.

CL: So, engaging them and getting them to think, "well, I liked this, so I wonder what I'll think of that."

As this is being written, the SLSO season is on hiatus because of a COVID-19 lockdown. For current information, visit the SLSO web site.