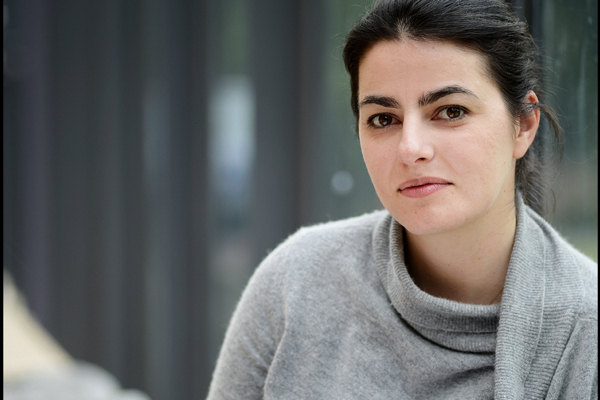 The Saint Louis Chamber Chorus began its 67th season on October 2, 2022 at the Saint Louis Abbey, with a program titled “Darkness to Light”, featuring 11 works by 9 composers, with 3 of the composers living, and one of those three present. Four of the 11 works were new to the SLCC’s repertoire, with one of those new to the repertoire of any chorus. The symbolic musical journey of ‘darkness to light’ is a familiar one in orchestral music: obvious examples are the Fifth Symphonies of Beethoven or Mahler. With choral music, however, composers can use the word “light” or variations thereof quite literally and overtly, in addition to wordless harmonic representations of emotional darkness or lightness. In much European and Western choral music, “light” is also, of course, a common symbolic reference in one specific religion (with all its related branches) to God and to Jesus Christ. A glance at the texts for the works in this concert indicates the preponderance of “light” (rather than darkness as such) as a running presence throughout.

This program started with a bang, so to speak, courtesy of Edward Woodall (E.W.) Naylor’s 1911 motet “Vox Dicentis: Clama” (“A voice saying: Cry”, or to use the provided text translation, “The voice of one speaking: ‘Cry out!’”), last featured by the SLCC 23 seasons back. Naylor’s motet sonically grabs you by the throat at the outset, not simply in volume, but also in energy, yet without being a one-dynamic level work. Following his standard welcome and supplemental spoken program notes, the SLCC’s artistic director, Philip Barnes, dialed back the sonic temperature with Thomas Tallis’ “O Nata Lux” (“O light born”), the first of the new additions to the SLCC’s repertoire. The third work, “O Light, From Age To Age The Same”, is a work from 1935 by the Michigan-born, Chicago-resident composer and organist Leo Sowerby to a text by the St. Louis-based Unitarian minister Frederick Hosmer. Receiving its first SLCC performance in 28 seasons, this work occupies the middle sonic volume ground between the Naylor and the Tallis. Mr. Barnes wryly noted that the music for the Sowerby was out of print, a bit of a challenge in the age of Spotify, YouTube and iTunes where nominally every piece of music ever written is nominally accessible on-line in some form or other. (A grainy 2008 video exists on YouTube of this Sowerby work.)

The fourth work on the concert brought the first selection by one of the 3 contemporary living composers on the program, and the one composer present for the occasion. The sole female composer featured in this program, she is Dobrinka Tabakova, born in 1980 in Bulgaria, and long resident in the UK. The SLCC gave the North American premiere of Ms. Tabakova’s 2013 composition “Einstein Considered Light” in February 2020, their last concert before the pandemic-induced general worldwide shutdown of indoor concerts. In contrast to the other works where “light” has religious rather than purely literal connotations, this work treats light in its scientific sense, with the text collated from various scientific writings of Albert Einstein. Words and phrases like “quanta”, “black-body radiation”, “purely optical phenomena”, and “photoluminescence” are extremely uncommon words used in musical compositions, to state the obvious. Ms. Tabakova devised a clever means of dealing with such musically awkward text by giving her work a drone-like mood and feel. Perhaps the drone-like nature limits the composition’s dynamic range a tad, but overall, it works. Before intermission, the fifth work on the program was a past SLCC commission, “The Music of Light” by the American composer Steven Stucky (1949-2016), his final completed composition, literally just prior to his death from brain cancer. As with the Tallis after the Naylor, the Stucky selection lowered the volume on multiple levels.

Following intermission, the second half of the concert began very similarly to the first half, with another work with a high-octane opening, this time from the British composer Charles Wood, his 1912 (though not published until 1919) anthem “Hail, Gladdening Light”, a setting of the early Christian hymn “Φως ιλαρον” (“Fos ilaron”) in a 19th-century English translation by John Keble. In his printed program notes, Mr. Barnes noted that Wood used an antiphonal structure in writing this work for his own choir at the University of Cambridge (Gonville and Caius, for the record). This point is mentioned here to note that the SLCC was divided into antiphonal choirs in opposing choir stalls.

Next was the centerpiece of the concert, the “Missa brevis” of Dobrinka Tabakova, a new commission by the SLCC in its world premiere performance. This commission was courtesy of Becky Hubert, wife of SLCC bass section member John Hubert, in her husband’s honor. The text of the Mass has inspired many composers over the centuries, from Haydn, Mozart, Beethoven, and Dame Ethel Smyth at full scale, to Zoltán Kodály, Lennox Berkeley, Benjamin Britten, and Judith Bingham at smaller scale (hence “brevis”). So a hefty corpus of Mass settings exists as a challenge for any composer to meet, and to add to their company.

Happily, Ms. Tabakova is more than up to the challenge. Her new work is well worthy of joining the on-going catalog of Missae breves. In keeping with the “brevis” aspect, her “Missa brevis” times in at about a quarter of an hour. But within that quarter-hour, she treats the text with fine variety, and with some interesting and slightly unorthodox choices. Even given that the opening “Kyrie” has but three lines of text, its setting still felt ever so slightly protracted. With the “Gloria”, Ms. Tabakova avoids doing the obvious, by starting the movement at restrained volume, rather than going at full throttle like Beethoven or Smyth. She builds the volume, though, as she works through the “Gloria”. In the third movement of the combined “Sanctus” and “Benedictus”, one striking touch is her setting of the line ‘Hosanna in excelsis’, where she puts the soprano line particularly high. In the concluding “Agnus Dei”, there’s a touch of David Lang in her rhythmic pacing of the recurring phrases ‘Agnus Dei’ and ‘Dona nobis pacem’. Overall, Ms. Tabakova has composed a substantial choral work whose challenges the SLCC met with their customary aplomb. While clearly a challenge for the chorus by default, as is the nature of world premieres, Ms. Tabakova’s harmonic language is definitely audience-friendly in the best sense, accessible without “writing down” to the audience. The work deserves repeated hearings, and hopefully will receive fresh performances from other choirs in due course.

The afternoon’s major faux pas unfortunately occurred at the very end of Ms. Tabakova’s work. For once, this wasn’t an errant cell phone from the audience. Nor were there any slips from the choir. Instead, one of the order’s monks had walked from one side of the space to the other, behind the audience, during the final moments of the “Agnus Dei”, and opened the door to go outside at the precise moment of the movement’s end. With one obvious exception, virtually everyone noticed – and, most importantly, heard – this disruption. The perpetrator himself was, of course, the exception, seemingly completely oblivious to his disturbing the atmosphere at the very close of the work. Black mark, sad to say. Fortunately, Ms. Tabakova was a very good sport about the situation, and graciously took her bows to warm and generous applause from both the audience and the chorus. This was Ms. Tabakova’s first-ever visit to St. Louis. One intuitively can guess that the SLCC does not intend this to be her final visit to St. Louis.

The remaining selections on the program resumed the running motive of “Light”, with two works repeated from past seasons and the remaining two selections new to the SLCC’s repertoire. The Renaissance era Czech composer Jiří Rychnovský’s setting of “O lux beatissima” was last featured 3 seasons ago. The Latin text came across more strikingly, at least to this listener, compared to the Czech text in the middle. No such linguistic concerns in the penultimate “novelty” on the program, another Leo Sowerby work, “Eternal Light”, a 1957 setting of a modernized version of a 7th century text by St. Alcuin. Following the Sowerby was the “Hymn to the Creator of Light” by John Rutter, a familiar and much-loved veteran choral composer, a work last performed by the SLCC 12 seasons back. The final work on the printed program was the afternoon’s final “novelty”, “Entreat Me Not” by Dan Forrest (born 1978), a setting of Ruth 1:16-17. Forrest’s work actually turned out to be the most bombastic selection in places, a quality that even Naylor’s or Wood’s selections, even at their most fortissimo, never displayed.

One wonders if this aspect of Forrest’s work subliminally registered once that aspect of it became clear earlier on, because the encore once again dialed the sonic temperature down, to great effect. The encore was another setting of “O lux beatissima”, much closer to our time, by the contemporary (and Mizzou-educated) composer Howard Helvey. Surprisingly, the encore was not identified, unless it was to make every second count and to avoid a potential sonic collision with the Abbey bells just at the top of the hour. (The intermission was timed accordingly for that reason.) The chorus did indeed finish under the wire, ahead of the chimes. This made for a far more satisfying end to a very fine afternoon of choral singing from the SLCC, well up to their usual standard and commitment under Mr. Barnes’ direction, and a strong start to this new SLCC season.