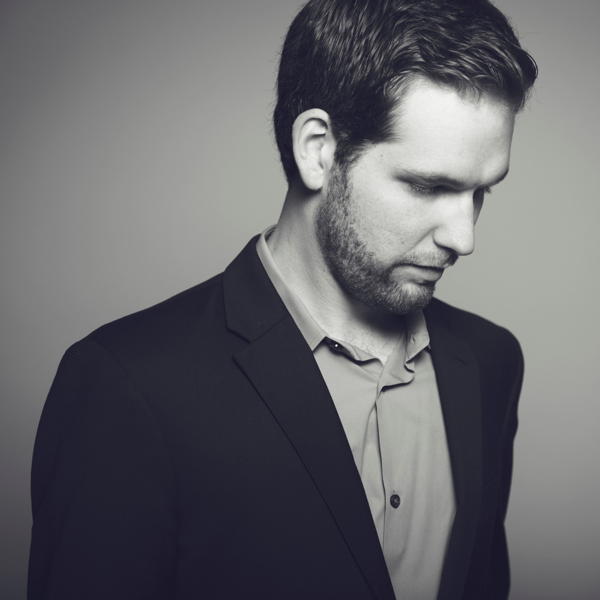 Review: Exquisite Beethoven plus one with the Chamber Music Society

The Chamber Music Society of St. Louis returned to the Lee Concert Hall last Monday, December 19th, to present another superb program.  The evening was sponsored by Dorsey Ellis and the Pillsbury Foundation.  It was entitled "Write On, Ludwig," and the four selections featured piano and woodwinds (with French horn in one).

Pianist Brian Woods was the star of the show or, perhaps more appropriately, the “primus inter pares”.  He shone brilliantly throughout.  He started the evening alone, in a very lovely (and very brief) “Adieu to the Piano”.  This was the very last thing that Beethoven wrote for the piano, and some would hold that he didn’t even actually write it.  It’s rarely performed.

Then came a piece from the very start of Beethoven’s career.  He wrote this Trio for Piano, Flute and Bassoon when he was only fifteen for an amateur bassoonist, Count Friedrich von Westerholt, whose daughter was a piano student of Beethoven’s.  It remained unpublished for over a century, having been discovered after the composer’s death.  It remains without a catalogue number and is listed only as “WoO” (Werke ohne Opuszahl or “work without an opus number.)  Bassoonist Hank Skolnick and flautist Matthew Roitstein joined Mr. Woods, and all three displayed the world-class virtuosity to which one becomes accustomed in concerts by this Chamber Music Society.  The piece  was courtly and precise, with a lovely blending of instruments.  Each of the three took quick turns in presenting a phrase; e.g. one begins a whirlwind run, then seamlessly passes it to the next, and the next.  Mr. Skolnick’s bassoon was lyrical with a pure, singing tone.  The performance was, overall, delightful and sprightly, filled with showy runs.  The piano seemed, indeed, to run, run, run all over the place like a happy child on a bright spring day.

The Adagio movement is rather thoughtful.  After a time it slows, then quickens to a romp—and trips lightly away.  The players were beautifully precise.

All these folks can do this dazzling work—and make it seem so easy!

After intermission we were given “Variations on a Portuguese Hymn, for Flute and Piano”, by Ferdinand Ries.  Messrs. Wood and Roitstein return on piano and flute.  Ferdinand Ries was a student, a friend, a confidant, and secretary of Beethoven.  In the opening phrases of this piece we were surprised to realize that this was a seasonal offering—as the familiar strains of “Oh Come, All Ye Faithful” poured forth.  Initially the music is very simple and clean.  Then it grows more complex and fluid.  The piano’s left hand seems almost like an additional musician;  so we seem to have a trio:  left hand, right hand, flute.  The flute scampers about, with an occasional touch of syncopation.  There’s a slower dark, melancholy section, then a bright shower of notes from the flute—and finally a return to the soft and holy.  It ends with a final romp.  Wood and Roitstein gave brilliant performances.

The final selection of the evening was Beethoven’s Quintet for Piano and Winds, and it is a real show-piece.  Brian Woods and Hank Skolnick again played piano and bassoon.  They were joined by Cally Banham on oboe, Tzuying Huan on clarinet, and Tricia Jöstlein on French horn.

The piece has three movements (Grave, Andante and Rondo), and altogether it constitutes a real show-case for the pianist.  (Well after all, Beethoven wrote it to show off his own skills at the keyboard.)  There are amazing, sweeping runs.  There are graceful, blissful piano passages.  There is a soulful horn solo.  And the dynamics these performers displayed were wonderfully controlled.

Now some instruments can do a true glissando (e.g. trombone, unfretted strings, slide whistle, theremin, nose flute).  The piano is, of course, a digital, not an analog instrument, and so is technically incapable of a true glissando.  Yet Brian Woods, in these many, rapid, sweeping runs on that instrument, displayed a smoothness, almost a slickness that was amazing.  And these were individually fingered notes, not just sweep-the-back-of-your-nails-up-the-keyboard things!

After the concert we were invited to a lovely wine-and-munchies gathering where a whole lot of happy, satisfied people met, chatted, and made new friends.

The Chamber Music Society of St. Louis presented "Write On, Beethoven" on December 19th. A digital video of the concert is also available on December 27th. Information on this and on upcoming concerts is available at the CMSSTL web site.