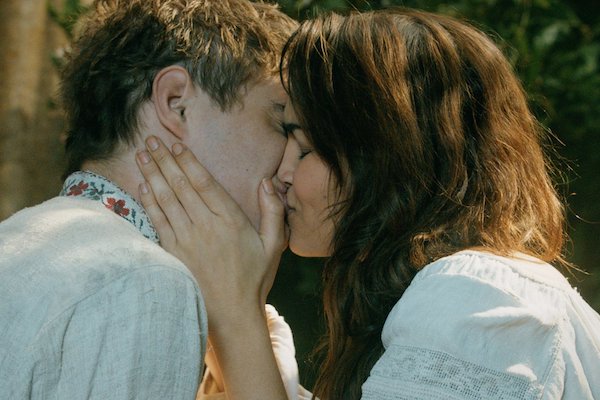 The plot summary promises a hard-hitting indictment of Joseph Stalin's intentionally engineered and cruelly perpetrated famine designed to eradicate Ukrainians. Set in the early 1930s, Bitter Harvest has its political ideology on the right track, but its pervasive, simplistic, romantic perspective undermines every dramatic point. Regrettably, director George Mendeluk's story, though drawn from history, lacks any subtlety or complexity.

The film begins in an idyllic rural Ukrainian community with the artist Yuri the focus and in love with Natalka. After Soviet troops invade with dire consequences for the peasants, Yuri travels to Kiev with several lessons in Stalin's brutality paraded during the journey and once arrived in the city. As events proceed, the entire, rural Ukrainian community will be catastrophically impacted, but insightful, complex details are entirely absent.

The cast could certainly handle a more challenging narrative. Led by Max Irons as Yuri and Samantha Barks as Natalka, it also includes Terence Stamp and Barry Pepper. But the good guys might as well wear white hats, so admirable are they, and the villains could have black hats so malicious are their actions, all presented with heavy-handed monotony, the music included. The cinematography is Hallmark Hall of Fame style picturesque, the lighting melodramatic, and the art direction serviceable. This is old school, uninspired filmmaking.

That's particularly disappointing since the topic resonates with today's continuing Ukrainian conflict, but Bitter Harvest fails to explore the complex dimensions of the tragedy. It does remind us of Stalin's Holodomor, that is, death by starvation, the purposeful, merciless 1932 to 1933 famine. Archives revealed details after the fall of the Soviet Union in 1991; in 2003 a U.N. statement, signed by Russia, acknowledged between seven and ten million Ukrainians died. To this day, Russia disputes the ethnic genocide allegation.

Nevertheless, in Bitter Harvest the merciless actions are clear, the effect indisputable. This monumental "crime against humanity," as asserted in 2008 by the European Parliament, deserves a more careful and nuanced presentation. Check area listings.