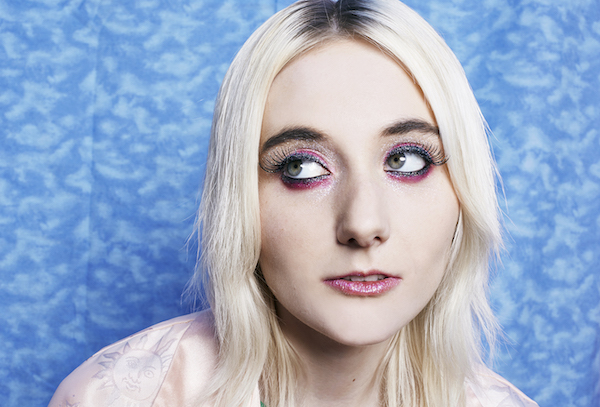 Jessica Lea Mayfield to Offer Glitter-Blood Therapy at Off Broadway on Friday, June 24

Jessica Lea Mayfield has been enduring hard times on the road from the age of eight, when she lived out of a tour bus helping her parents busk bluegrass for a living. Even as a teen--when she found success as a solo artist opening for The Avett Brothers, The Black Keys, and Cake--hardship followed her in the forms of domestic violence, depression and suicidal thoughts. She survived, in part by capturing those demons in dark, glamorous music filled with fuzzed-out guitars and sinister-sweet vocals. Kyle Kapper checked in with Ms. Mayfield, who talked about the need to speak out against domestic violence, Hank Williams' influence on her songwriting, and how she knows what you say about her.

KK: You earned your stripes as a punky rebel, but now you have your own fan base and play venues like the Roxy and Bonnaroo. In the immortal words of Neil Young, "Is it the same when so many love you?"

JLM: It's easier for me to play at shows when there's an audience full of people that like me. It's a lot harder when I have to win over a room full of drunk assholes, and I get that a lot. When I walk into a room, I get misread by people immediately. They harass me or heckle me or screw with me. I think a lot of my hard-ass stage exterior came with being a little bit shy and angry and just wanting to do my thing without there being presumptions about who I am based on what I look like.

KK: Is that why you seem to play with audiences like a cat playing with a mouse?

JLM: Definitely. It's easy for me to read the vibe of a room. I think that's part of why I'm a writer. It's funny. People think you can't hear them, so one of my favorite things to do is when someone thinks I can't hear them talking to someone about me, I'll repeat what they said over the microphone: "Do you see her shoes?...She's got interesting eye makeup." I used to be more naïve of how much people were mocking me and now that I'm older, I see it and I hear it.

KK: You must enjoy some aspect of performing to have stayed at it for so long.

JLM: I've been touring since I was eight years old, and my solo career started when I was 15, so most of my career took place during my childhood. I'm not even qualified to do anything else. I was partially home-schooled, half street-schooled. People will come up and ask, "What's your major?" I don't know. Knife-throwing? Self-defense in an alley?

KK: Your music does tend to have a knife-throwing quality to it, but you did sneak an upbeat song, "Standing in the Sun," onto your latest solo album [Make My Head Sing].

JLM: It's interesting that you point out that song. It's actually written from the perspective of a friend of mine, so I wrote it as if this friend was talking to me. It comes across as someone else telling me to get out of the house: Don't be a vampire. Take care of yourself. Don't be depressed. So it's a light-hearted song about a friend who doesn't want me to kill myself.

KK: Your visual art appears to exude similar themes, especially the "Bruise Selfie" and "Brain Xplosion" paintings you have available on your website.

JLM: The two paintings you're referencing are domestic violence-related paintings. It's that thing of when people hurt women, it has to be kept a secret for some reason because it makes everyone uncomfortable. It makes me want to make these violent portrayals because it's so common -- so super-common -- but it's still something that everyone ignores. It's therapy for me. I want to make something pretty and bright and fun, but I'm sitting there with glitter-blood. It makes it more noticeable, makes something glamorous for people who try to pretend it doesn't even exist.

KK: I'm sorry you've been through those types of experiences but admire you for speaking out.

JLM: Thanks. It's been hard for me to talk about it. It's a really vulnerable thing, but it's important for me to talk about these things now. I'm almost 30 and I've had an entire life around horrible and great people, but I've experienced a lot of bullshit. I feel like I'm finally at a place where I can say, Hey, that isn't normal -- that wasn't cool. And now I get to have this normal happy, healthy life. My husband and I moved into the middle of the woods, like on a mountain in the woods, and it's been nice to kind of have my own nature, my own spot where I can do what I want.

KK: Has your newfound peace inspired any new music?

JLM: I've got all the songs written for the next album. I'm still working on when and where I'm going to record it, but I'm playing quite a few unreleased songs live on this upcoming run. I've been writing a lot of folk-inspired songs, structurally, but they've been coming across still heavier. I'm a huge Hank Williams fan. I think however much I don't realize it -- especially when I don't realize it -- I'm being inspired by him, the way that I put a song together, the form of it. I'll have some weird folk song structure where it's 30 verses and no chorus, but then it sounds really heavy.

KK: A big part of the folk tradition is reflecting on hard lessons learned. If you could give any advice to your younger self, what might you say?

JLM: Don't expect other people to do things for you. I'd tell her that especially when you're young, you trust people to help you with things. I was even thinking about this today: don't let other people's advice confuse you. Listen to the voice within. Tell everyone else to go screw themselves and stick to who you are and what you want to do.

Jessica Lea Mayfield performed with her band at Off Broadway on Friday, June 24. Click the photo below to see more shots from the concert courtesy Dustin Winter. 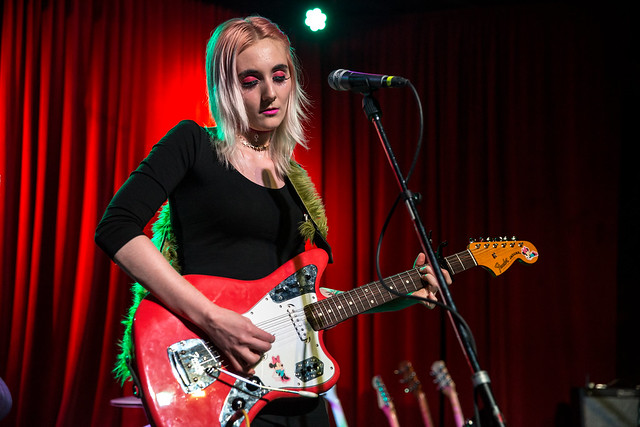