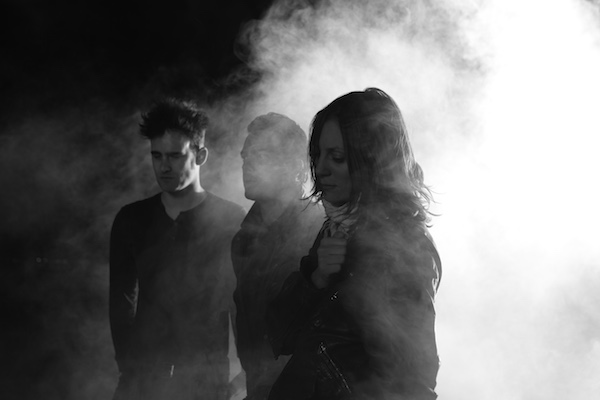 As one of those "Xennials" who came of age in the '90s, Pulp Fiction was my definition of cool, particularly the Jack Rabbit Slim's scene with vampy Mia and Vincent sharing a five dollar shake. Link Wray's buzzy guitar underscored the tension in their clever and coy banter across the table, following Dick Dale's "Miserlou" in the film's opening, and leading right into the legendary twist contest to the tune of Chuck Berry's "You Never Can Tell." Much to my delight that the pairing of Night Beats and Black Rebel Motorcycle Club captured this "cool" at Delmar Hall on February 12, 2018, with dim lighting, lots of fuzz, and dizzying riffs to set the hair whipping and the head bobbing.

Night Beats cast a psychedelic trance with their reverb-drenched garage-surf sound, rocking into a daze until crescendoing in a well-timed strobe light, shrill shriek, and punchy drum fill to break the spell. Despite the chilly evening, guitarist Danny Billingsley dripped sweat in the shadows of his wide-brimmed hat. Drummer James Traeger kept the pace while constantly jerking side-to-side with the same shaking motion I unconsciously found myself mirroring. Bassist Jakob Bowden laid the foundation with their trademark dipping basslines and tagged into vocals, as in their gloriously groovy version of Bo Diddley's "Hey Mama, Keep Your Big Mouth Shut." It felt like a 1960's dance party freak-out, filmed in black-and-white, ripe for the Peanuts gang shuffle.

Black Rebel Motorcycle Club's guitarist, Robert Levon Been, joined for two tracks near the end of the set. Been, who produced the Night Beats' most recent album "Who Sold My Generation," had a mellowing effect on the what had been a decidedly shimmy and watusi pace, setting the tone for his band to follow. The hooded Been left stage just before the band closed with "Puppet on a String" and reappeared brandishing his Robert Smith-like pompadour for a compilation of old, new, cover, and solo songs.

Been's onstage style leaned heavily on exaggeration; the affected vowels in his lyrics and pageantry in his strumming were interspersed with extreme nonchalance. The live aspect also added some drama to Been's sedate vocal style, highlighting traces of his father, Michael Been's, dripping emotion that are always present but usually more muted. Peter Hayes multitasked strumming guitar while alternating between the harmonica and vocal mic in a single holder. Drummer Leah Shapiro pounded away at the back of the stage with straightforward and powerful drums.

Judging from the faces in the packed house, the hit selections were good ones. As someone less familiar with their material, the more country sounds of Hayes on vocals and Been on acoustic guitar were some of my favorites, along with the delirious organ-grinder sounds of the newer "Circus Bazooko," where I enjoyed Been's experimental, lilting voice outside his usual range. The one Call song, "You Run," was an unexpected treat.

The constant shifting in styles effectively broke up the entrancing effect from earlier in the night, but a thread of dark and mysterious remained constant across the shoegaze, western, and trippy carnival sounds. As a BRMC noob, I appreciated the exposure to some new avenues to pursue in their catalog.