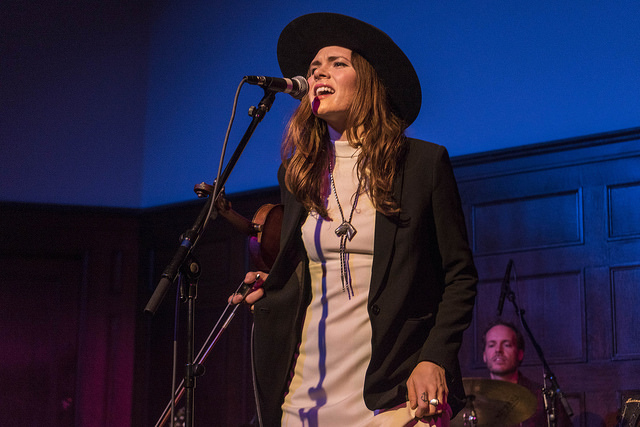 Let's just get this part out of the way. If you ever have a chance to see a favorite band at the Sheldon Concert Hall, go. If you've never had the pleasure, stop cheating yourself. Among the great musicians who have played this intimate, acoustically perfect space, it's compared routinely to Carnegie Hall. Both HoneyHoney and their opener Korey Dane were enamored by their own sound this Sunday and they had every right to be.

Korey's talent is only matched by his adorability. Most of the Sheldon's savvy crowd no doubt had the same thought I did, please let me run my hands through his curly hair just once. He's got a big voice when he's singing then counter-intuitively he slips into shy LA guy mode when addressing the audience, inviting you to lean in. As he played, he clearly enjoyed himself more and more with every song, peaking at "Lovesick in a Hotel Wildfire" which features Korey at his best -- infectious, poppy, honest, catchy as hell. One of the highlights came after his set, when he stepped in with HoneyHoney and supplied spot on vocals and a rockabilly guitar for his own "You'll Be Had" with Suzanne Santo playing banjo and adding her sultry alto, Korey Dane reached something close to perfection.

What to say about HoneyHoney? The power duo behind the band, Benjamin Jaffe and musician/model/actress Suzanne Santo seem to have a knack for being in the right place at the right time. They met at a costume party in LA, they signed a record deal with Kiefer Sutherland, they toured with Hayes Karll (the guy who won everything this year at the Austin Music Awards), and now they are the house band for a sitcom on TBS. They've been called a band whose time has come and that was back in 2012. While they compliment each other perfectly, they each have successful solo careers, so it's no wonder that this fantastic band is just under the radar. They are too busy working to get famous! But Santo is changing that, her recent release Ruby Red is a tour de force. Her voice is like their namesake, a dollop of honey (available at the merch stand) on a sweet southern corn cake. Jaffe doesn't upstage her partially because I think it may physically impossible. She's the kind of person you find yourself staring at with no shame. I believe they call it magnetism, so whether she's plucking at the banjo or playing the violin, you are basking in the glow of her overwhelming talent.

Want to know a bit more about Suzanne? How about her lyrics from the song "Thin Line": "'Cause I want whiskey when I'm sick / And a man when I'm well / But it's nice to have them both sometimes / When I feel like raising hell."

What I like about this band, and Santo in particular, is their showmanship. They are working a room when they perform. Say what you will about LA performers, but they play every gig like it might be their big break. Fortunately for us, this isn't a story about a band that makes it big and then goes their own way. Far from it, Ben and Suzanne are part of a growing group of super-talented bad ass musicians in the LA scene that can basically succeed at whatever they do. Early in their set, Santo reminisced about a show back in 2012 at the Sheldon when they opened for Hayes Karll and their audience gifted them a standing ovation. They didn't have to ask for it this time either. The adoring crowd rose to their feet no less than three times.

Click below to see all of Tim Farmer's photos of the evening's performances. 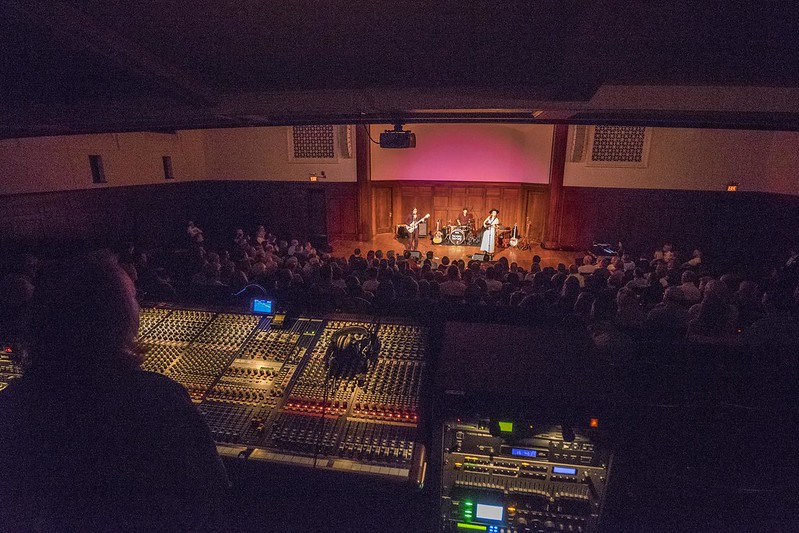